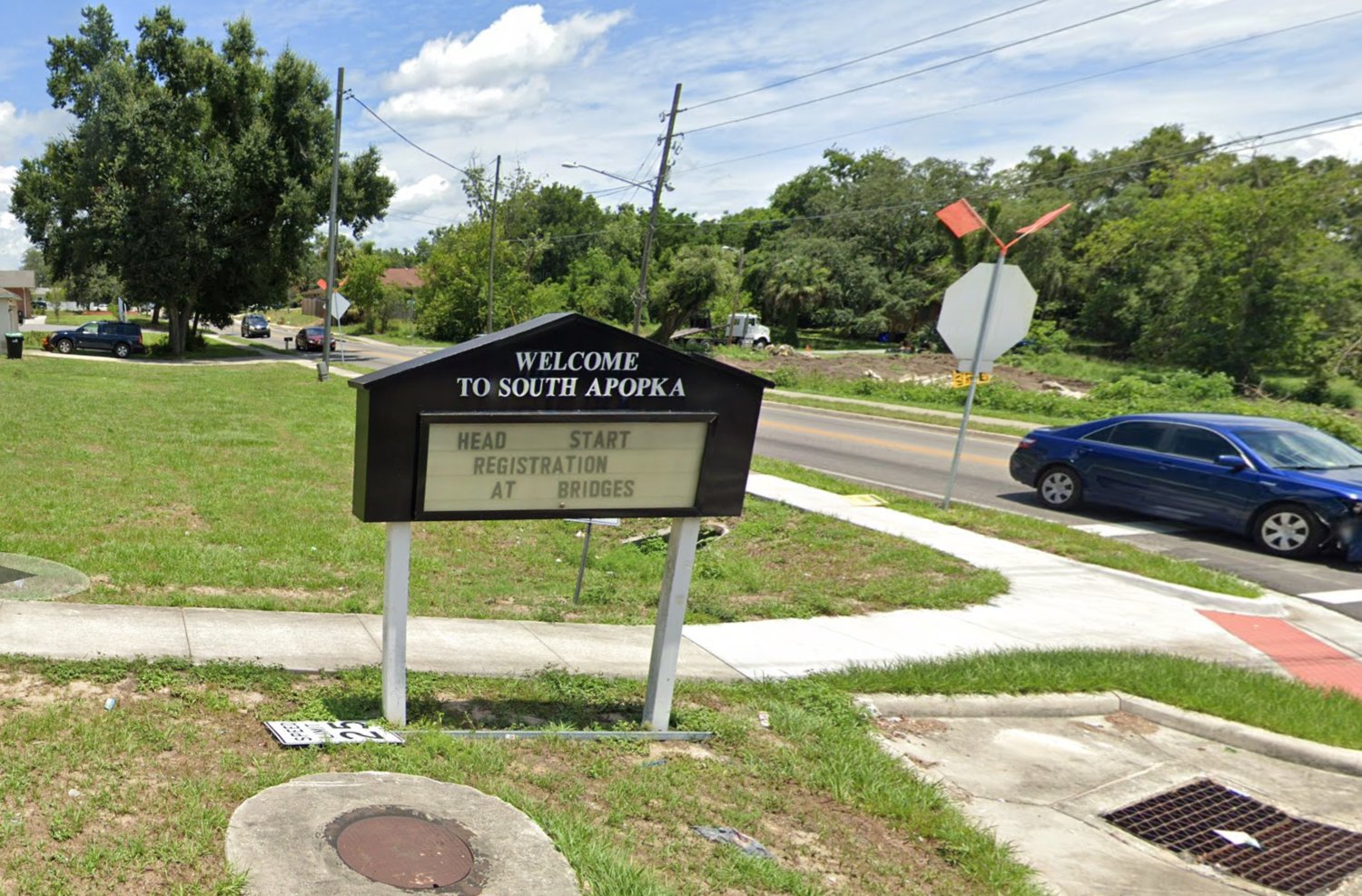 Editor’s Note: Earlier this month, The Apopka Voice sat down with Commissioner Kyle Becker and Mayor Bryan Nelson. The two 90-minute interviews were an informative look at the two candidates running to be mayor of Apopka in 2022. We began this four-part series by analyzing the contrasts between Becker and Nelson. In parts three and four, we conclude with comprehensive features on both candidates, and their plans to move Apopka forward in the coming term. But today in part two, we compare the approach Becker and Nelson would employ in the potential annexation of South Apopka.

Should Apopka annex South Apopka? It's a generational question with a complicated answer. Is it the right thing to do? Would South Apopka be better off? Would it bankrupt Apopka?

One commissioner went as far as to call it his passion to get South Apopka annexed into the city, and even put a dollar amount on how much of the city's reserves he would spend to get it done. The Apopka Voice is in the process of writing a series of articles entitled "Make South Apopka your North Star", which outlines the steps it would take to improve the lives of South Apopka residents.

But in a discussion on annexation, no one's opinion is more important than the person who sets the agenda for the City of Apopka.

The Apopka Voice sat down with both candidates in the 2022 Apopka Mayoral election - Commissioner Kyle Becker and incumbent Mayor Bryan Nelson, and among the topics discussed was the annexation of Apopka's neighbors to the south.

And as you might expect, Becker and Nelson have significantly different viewpoints about annexation, or if it needs to happen at all.

Becker: I've called for a workshop on annexation many times

Becker, as is the case on many subjects, believes the best way to arrive at a sound decision is to have all the facts in place. In this case, that would be a city-sponsored workshop.

"I've called many times for a workshop about the annexation of South Apopka," said Becker. "I've asked for it many times now. And it's never come to fruition."

The Oxford English Dictionary defines this type of workshop as “a meeting at which a group of people engages in intensive discussion and activity on a particular subject or project”. In the case of an annexation workshop, city staff, local experts, leaders, and members of the public would gather and provide analysis, fact-based data, and personal accounts of what it would mean to South Apopka... and to Apopka if it moved forward with annexation.

"We have to understand all the facts in order to make the right decision for all parties," Becker said. "You know, we've had this discussion a few times on the Council recently... partly reacting to resident requests, and partly reacting to articles written by your publication. But at the end of the day, I encourage, I want to participate in, I would definitely support a formal workshop where we talk about all of the facts as it relates to what the cost would be upfront... and over a period of time after a potential annexation would occur so that everybody knows what that looks like."

But rather than assuming South Apopka residents will gladly move into the city, Becker believes a workshop is also an opportunity to make a case for annexation being beneficial for both sides.

"If we try and do a forced annexation, it would have to be done by ordinance," he said. "And it's going to go to a vote of the people that are going to be impacted by this annexation. If we can't, as a city, articulate the benefit about why our neighbors in South Apopka would want to annex formally into the city of Apopka... if we can't articulate that with fact, and value propositions, it's going to die in the vote anyway... so workshopping would allow us to all come together and say this is what it would cost either through impact fees, cost of service, and so on... so that everybody understands what that entails."

Nelson: A partnership with Orange County is a better approach than annexing South Apopka

Nelson, who was an Orange County Commissioner representing South Apopka before he was mayor of Apopka, believes the county is in a better position to serve this struggling community.

"The resources Orange County brings to the table are obviously a lot more than the City of Apopka has," he said. "I think we should work together... the police and fire - those areas on the line. And if you look at the Bridges Center, they have a Head Start Program, which we couldn't do. We don't have the resources to do that."

Nelson wants to assist South Apopka but believes the costs of servicing its residents would put a significant dent in Apopka's budget.

"Would we like to help them? Yes, but you need to know what the cost is. There are some tax dollars, but trust me, we're not even near. Right now, 20% of our public safety budget is in the CRA, which is basically South Apopka, and it's only about 5% of the population. We're already spending an inordinate amount of money on the piece of South Apopka that's in the city."

"I think we can work together," said Nelson. "We can collaborate with Orange County and still not annex. And I would suggest to you that Orange County Fire Rescue and the Orange County Sheriff's Office work extremely well with the City of Apopka. So if that's your reason, that's not much of a reason. So what's the reason? Why do we need to annex? What are we trying to accomplish? Are they going to get better services? I don't know."

Nelson points to investments made at Alonzo Williams Park and the Billie Dean Community Center as proof that the City of Apopka can help the southern part of Apopka without formally annexing South Apopka.

"We've got some dollars to do home improvements [$750,000], and $250,000 for new sidewalks. So there's a million, and look at the improvements we made at Alonzo Williams Park and the Billie Dean Community Center... probably another $2-3 million. So we're putting resources into South Apopka."

Although Nelson is not opposed to a workshop on annexation, he believes the final outcome would be costly.

"If we do a workshop, it's got to be through a wide lens," Nelson said. "It's simple... you've got to do one of two things... raise taxes or reduce services for the other parts of Apopka to pay for the additional services that South Apopka would need. So that's the question you have to ask yourself."

In Parts Three and Four: The Apopka Voice features both Becker and Nelson in two candid and comprehensive interviews. What are their visions and plans for Apopka moving forward?

To read Part One, go here.