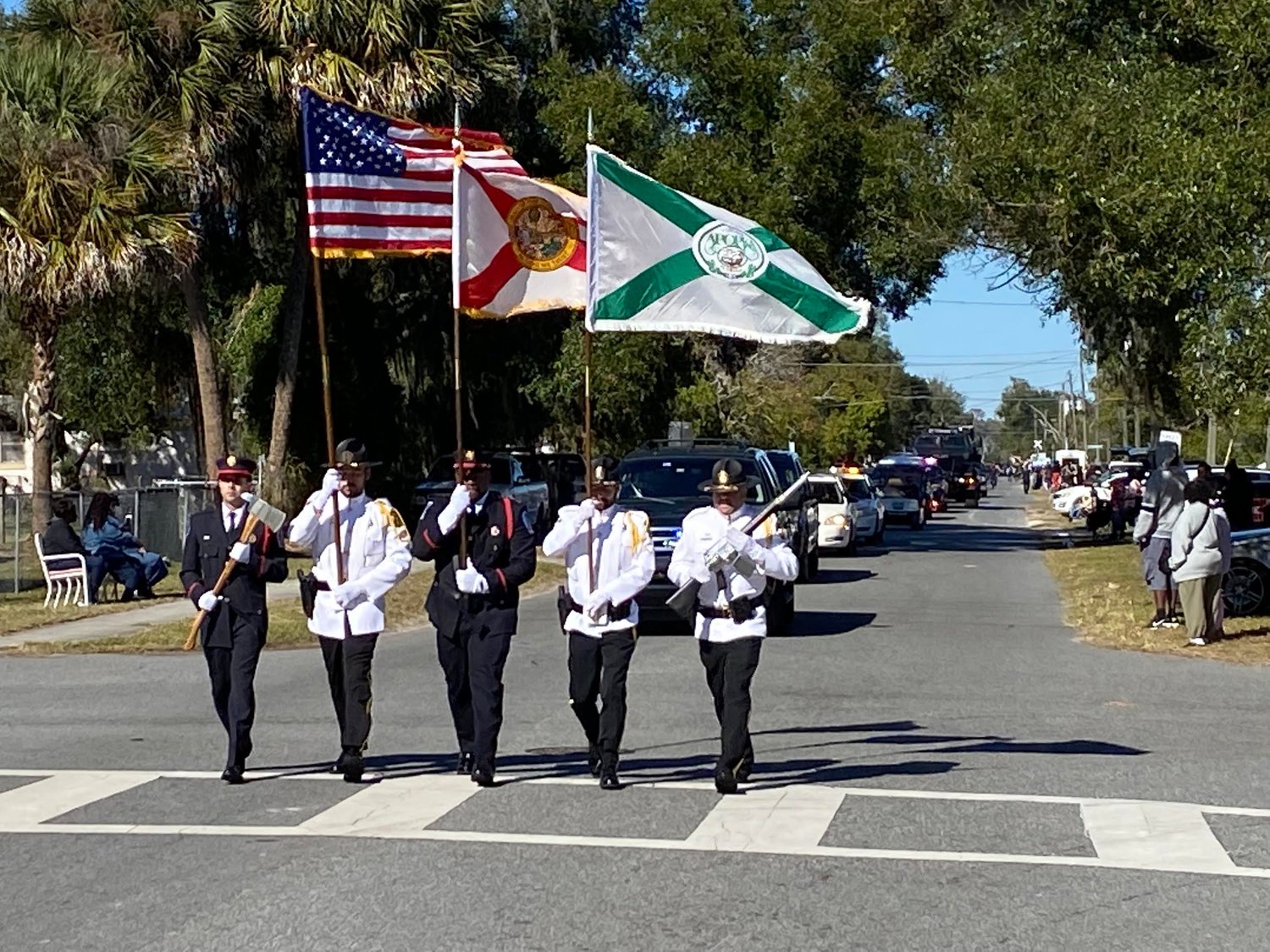 According to a 1968 Harris Poll, the man whose life and legacy we celebrate died with a public disapproval rating of nearly 75%... [but] the cause he fought for was more important to him than his approval/disapproval rating.”
By Reggie Connell, Managing Editor

A lot has been written about South Apopka and its challenges. This community struggles with crime, poverty, narcotics, and a lack of opportunity - as do many. But one thing I can say with absolute certainty is that there is nowhere in the world that I'd rather be on Martin Luther King Jr. Day than at the Apopka MLK Parade, sponsored by the South Apopka Ministerial Alliance.

There are a couple of benefits I have grown to expect at this parade, in this community, and once again they delivered.

First, I know I'm going to have a great lunch - this time from Shorty Short Stop's red food truck. Shorty came through with the best plate of fried catfish, and seasoned fries that I've had in a long, long time.

And second, I know I'm going to experience a neighborly warmth that always goes the extra mile - or in this case the mile and a half between the Apopka Community Center and John Bridges Center.

Every time I have walked this parade route, I've always enjoyed the groups sitting together in their front lawns enjoying each other's company, drinking cold beverages, grilling food, and saying hello to everyone who passes by. A year has not passed when I wasn't offered a cold beer or a hot dog.

Their hospitality in this community seems to know no boundaries... and speaking of boundaries.

As I walked south on Marvin Zanders Boulevard to 10th Street - the infamous line between the City of Apopka and unincorporated Orange County - I noticed that no one seemed to care. Yes, I saw the cruisers change from the Apopka Police Department to the Orange County Sheriff's Office, but this wasn't the day  for distinctions like that.

It would be easy to end this article right here. "A great time was had by all." We honored the memory of MLK, now, let's get back to politics and the 2022 Apopka elections. But Dr. Martin Luther King Jr. stood for, and deserves a lot more than a celebration once a year.

We assume, of course, that he would be revered at any period in our history, but in today's climate would that be true? Would his message and approach work today? Would MLK survive the current tone in the United States? Would he be pilloried by social media attacks? Would his words unite us as a nation in today's climate, or further divide?

At the time of his death, King was a self-avowed democratic socialist who called for massive spending in the inner cities and was in the process of organizing a "Poor People's March" into Washington DC. He was vocally against the Vietnam War at a time when it was unpopular to say so, and he had detractors on both sides of the political aisle, as well as within his own movement.

According to a 1968 Harris Poll, the man whose life and legacy we celebrate died with a public disapproval rating of nearly 75%.

Would America, in its current political state, rally behind a democratic socialist, anti-war activist who called for the government to spend MORE money on large population centers like New York City, Chicago, and Detroit and who did not have solid support in Congress, the White House, or even in some cases among his own movement? Or would America, in 2022, write him off as an opportunistic political ideologue?

King believed that racism in America meant we weren't living up to our own ideals. At the very core of the Declaration of Independence and at the center of American life was the belief that “all men are created equal.”

King did not want to replace ideals of freedom and equality. He wanted America to better embody them.

King’s resistance to the oppression African-Americans experienced in his era was strictly nonviolent... and within the terms of his own Christian faith. King said that by responding to injustice with civility and to violence with nonviolence, the resister was fulfilling “the Christian doctrine of love your neighbor as yourself and love your enemies.”

This was the love that Jesus epitomized, and which his followers were called to emulate.

The Jim Crow system of racial segregation rested on the idea that African-Americans were inferior to whites. But King took the high road, thus proving that the entire system was based on a falsehood.

Movements with the impact of Dr. King's can move mountains, but they rarely find a clear-cut leader to take their place.

No one took Jesus' place. He had disciples and apostles who advanced his message, but in the end, there was never a leader like the original. The Christian movement fragmented into hundreds of people spreading its message of loving your neighbor, serving, blessing, and feeding the poor until it reached thousands, and then hundreds of thousands and now millions.

King is similar in that there was never a clear-cut leader that took his place. It is seen in hundreds of people who advance and remember his legacy. There have been civil rights leaders to emerge, but none with the same impact as MLK. His message too is fragmented and shared with hundreds and then thousands and now millions.

And here in Apopka, I watched them pass by me at the MLK Parade, poised to advance the cause no matter its cost.

A special thank you to Pastor Hezekiah Bradford, Monique Morris and the South Apopka Ministerial Alliance for putting on this inspiring parade and keeping MLK's message close to our hearts.

And thank you to the people of South Apopka for your warmth, your rich history and for your hospitality and patience while spectators walk right through your front yards and you simply smile and say 'hello, would you like a beer or something to eat?'

(Hover over photos for names.)