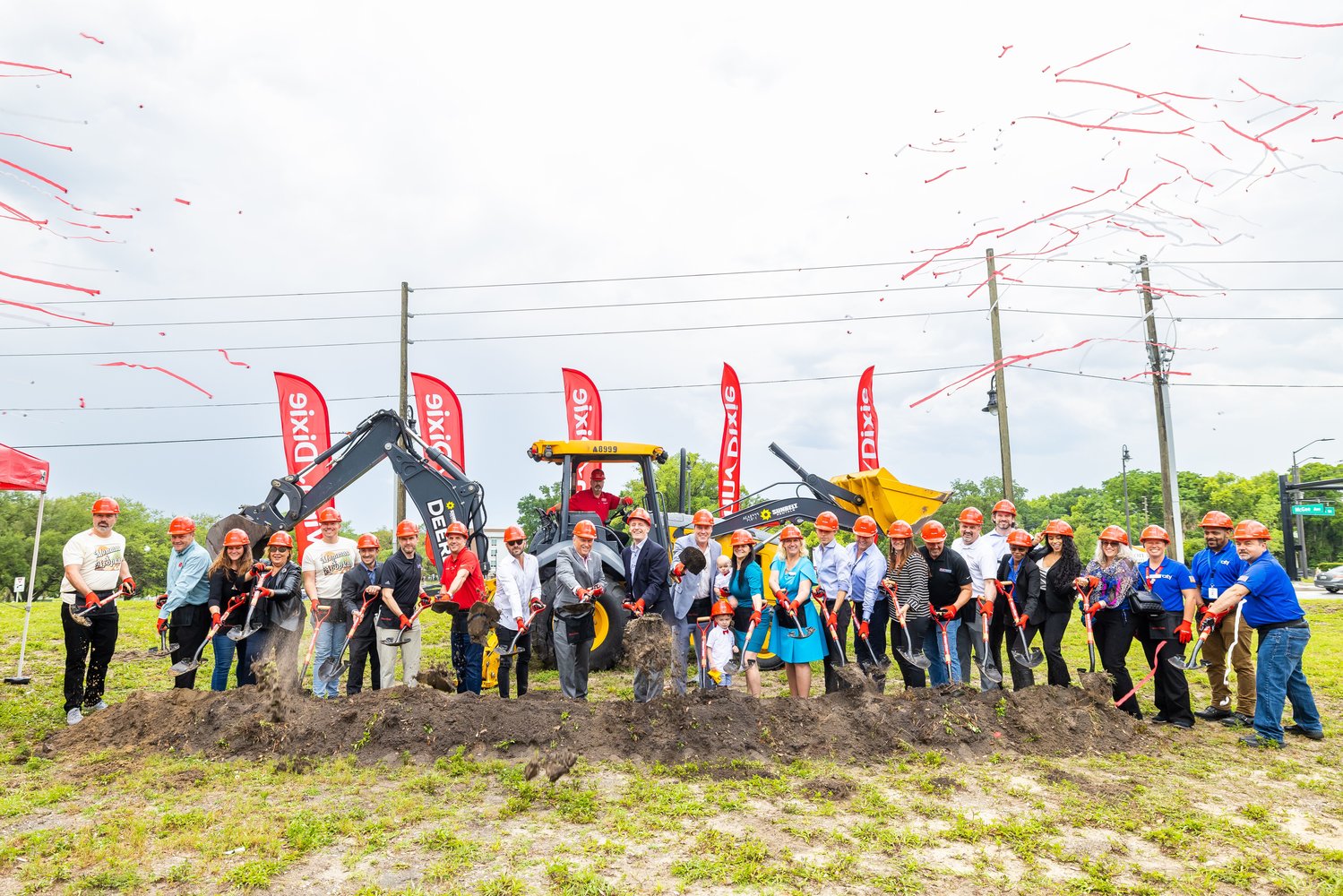 Let's pretend, for a moment, that Apopka hired a "City Center Director" in 2016. Their sole purpose was to develop and recruit businesses for the city-owned property earmarked to become the Apopka City Center. Council gave this director ten years to make the dream happen but installed markers along the way to ensure their progress.

Then let's pretend in 2022, the director came before the council and said this:

'In these six years, I have brought Apopka a hotel and contracted the Highland Manor out with a company that has made it a successful event venue.

I brought you a future Winn Dixie, a future Starbucks, a future Brew Theory Food Hall, and by accident, an affordable housing apartment complex to anchor Sixth Street. I have also conducted a few ceremonial groundbreaking events, which one day might bear fruit.'

Do you think that the director would survive this meeting?

I know Taurus Investments is not a city employee, and they have an agreement with the City to develop the City Center, now in year seven of a ten-year contract. I know they are a global organization with a portfolio of completed and pending projects valued at over $10 billion. I know the City cannot fire them like a director despite their limited success on this project. And I know we can't expect them to focus on Apopka exclusively, but isn't it time for the council or the administration to start pushing them to show a lot more headway?

Yes, this is a contract from the previous mayor, but can't the current mayor do more to move this along than to praise Taurus at the past two State of the City addresses and a groundbreaking ceremony in February of 2022 (just a month from the mayoral election) in between them?

Here are those three interactions between Apopka Mayor Bryan Nelson about Taurus' progress:

2021 Apopka State of the City address:

"Our City Center is putting the finishing touches on our former city-owned property. Craig Govan from Taurus is here. Give him a round of applause. Taurus has just inked deals to start a brewery food court, Starbucks, Hand and Stone, and a high-end prototype Winn Dixie, and is currently negotiating with a couple of local upscale restaurants to complete the project."

At the February 2022 groundbreaking, things got even cozier

"It's been a long time coming," Nelson said. "COVID really took the wind out of our sails, but we've got plenty of wind today. What a great opportunity."

"Following the success of the new Hilton Garden Inn and the enhanced Highland Manor, Apopka City Center is now breaking ground on the restaurant and retail phase of construction," said Jeff McFadden, Managing Director at Taurus Investment Holdings, in a release from the Apopka Area Chamber of Commerce. "Today we celebrate a significant milestone that brings quality amenities to the residents of Apopka. This has been a long time coming, and we are thankful for the community's efforts to get us to this groundbreaking."

According to Craig Govan, Development Partner for Taurus, both retailers are slated to open in late 2022 and will employ over 50 people, while creating 150 temporary construction jobs. Govan also announced a retail center with 6-7 tenants, a new high-end Italian restaurant, a 195-unit apartment complex, and Winn Dixie as future residents of the City Center.

"We're very lucky at this transition of the City Center to have attracted all of these great tenants," he said. "We owe lots of thanks to the administration, commissioners, and especially the mayor, who has been hands-on, and we have had access to him. We are lucky to have his support."

Whew! A retail center with 6-7 clients, a new high-end Italian Restaurant, and a 195-unit apartment complex! Those are words he would probably like to get back.

Nelson, too was pleased with Taurus...

"We are so excited that a restaurant is coming as well as the Brew Theory," he said. "The excitement this is going to create for Apopka and the Town Center... I know we've all been waiting for it and it's finally here. I couldn't be more proud of the Taurus Team. It's been a great day."

Well, I'm not sure Apopka shares that excitement here in December 2022, but surely Nelson took them to task in the 2022 State of the City, right?

2022 Apopka State of the City Address

"We are excited that the Town Center is finally coming to fruition," Nelson said in his address. "Please stand up Craig Govan, from Taurus... yes. It looks like Starbucks and the Brew Theory Food Hall are scheduled to start construction before the new year. The retaining wall for Winn Dixie is nearly complete, and the building should begin early next year. I can't wait to see both come into town... so thank you."

So, we definitely have a retaining wall!

It would be difficult for Nelson to lay out that sort of praise to Taurus and then whiplash them with pressure to show progress, but that's exactly what Apopka needs. It's time to put the squeaky-wheel theory into action.

However, there is a logical alternative - bring in a hired gun to pressure Taurus.

At the December 7th City Council meeting, Commissioner Kyle Becker proposed the creation of an economic development department/director for this budget cycle. It's an idea The Apopka Voice has endorsed over the years. Commissioner Nick Nesta expressed interest as long as there are benchmarks along the way to show success.

We renew our support for an economic development department - and its first benchmark can be to move the City Center from a fledgling six-year struggle to a completed success story in the coming years.

No, Apopka did not hire a City Center Development Director in 2016, but installing an economic development director/department could do wonders to move this project forward. Wouldn't it be great to receive an objective report at City Council meetings about the status of the City Center? Isn't that better than waiting for the occasional groundbreaking ceremony or State of the City Address to hear how great things are going only to drive by and see vacant land?

We urge the City Council to support the creation of an economic development department/director and act immediately to move it forward.