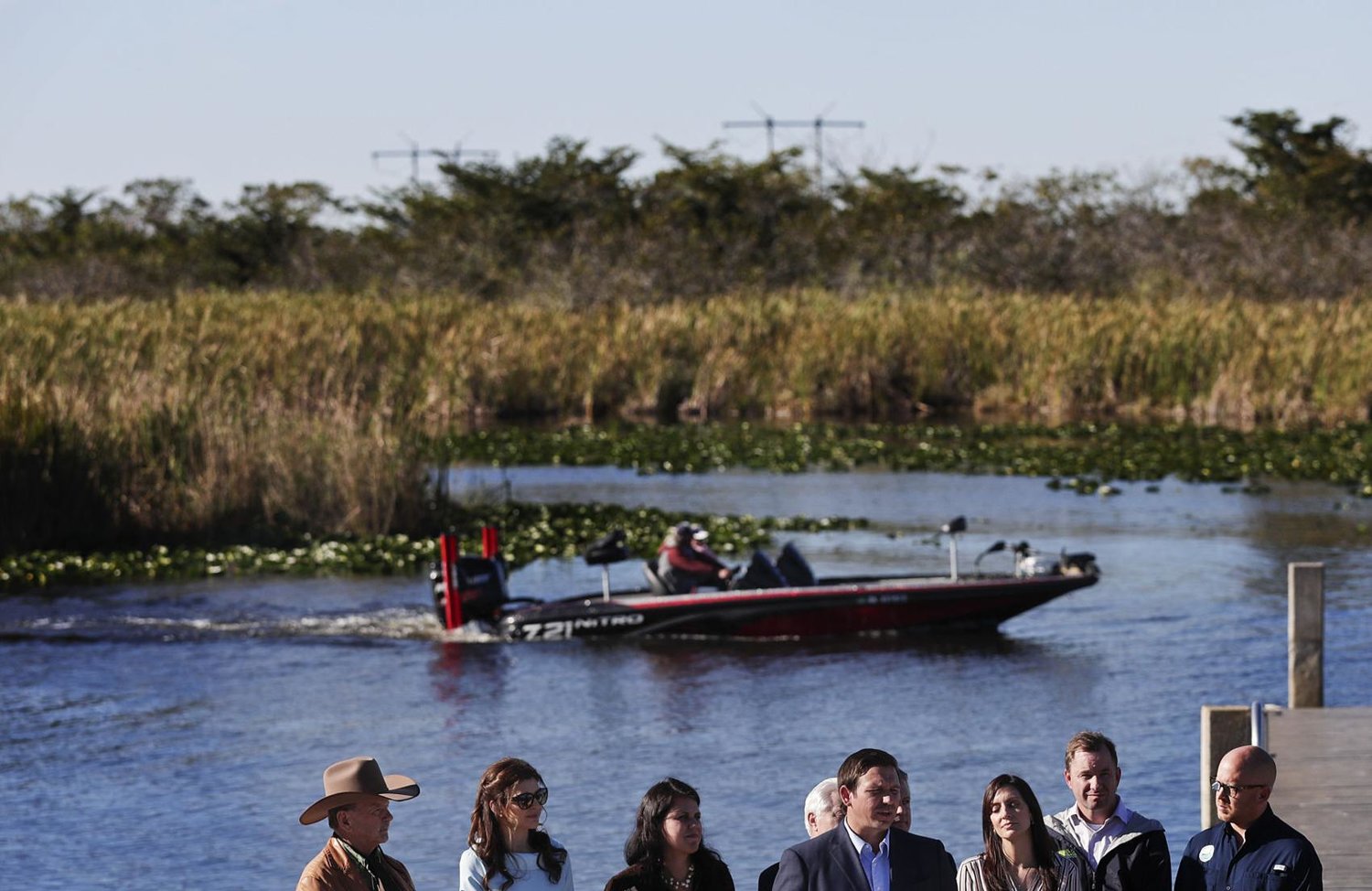 Gov. Ron DeSantis will push lawmakers to follow through with funding he has requested in his Fiscal Year 2021 budget request for springs restoration and to secure local matches to accelerate septic tank conversion plans.

Since 2013, he said, the Legislature has approved 89 water quality projects and completed 65 with the state spending $291 million and local matches adding $230 million.

The DEP this year has approved eight projects totaling $3.9 million and is developing additional grant programs to help pay for either converting as many of the estimated 2.7 million septic systems statewide to sewer systems or upgrade tanks.

An incentive program launched by the DEP this year will need to be revamped after proving to be unpopular. The program’s wording offers to pay “up to $10,000” of the cost of converting septic tanks to newer advanced treatment tanks in areas around natural springs, a vagary that will need to be clarified, the DEP said.

Aging septic tanks that allow untreated wastewater to flow into groundwater and nearby waterways increase nitrogen content in the water, which fosters algae blooms.

“The effluent basically gets in our groundwater,” Frick told lawmakers, noting DeSantis’ budget request earmarks $7.6 million specifically for septic upgrades for homeowners in rural areas where sewer systems are not available.

Money from the Florida Forever conservation program will be used to purchase existing wetlands near springs as buffers, Frick said, noting Central and Northwest Florida are priorities.

This year’s budget appropriates $100 million for the Florida Forever conservation land acquisition program, the highest dedicated annual allocation in the four years the fund has been accruing revenue.

Among lands the state purchased with the money is 83.4 acres on Lake Norris near Paisley in Lake County within the existing 58,300-acre Wekiva-Ocala Greenway Florida Forever project for $540,000, and the 316-acre Hardee Spring property, including 1.5 miles of frontage along the Withlacoochee River adjacent to Twin Rivers State Forest, on River Error Farms in Hamilton County within a 9,877-acre Florida Forever project for $2 million.

Most of the money comes from a 2014 voter-approved constitutional amendment that requires 33 percent of revenues from a tax on real-estate documentary stamps to go to land and water conservation. That money goes into what is known as the Land Acquisition Trust Fund.

State economists projected in December 2018 that the doc stamps will generate $2.76 billion in the next fiscal year. More than $906 million of that would go into the trust fund.

Mary McLeod Bethune immortalized in US Capitol as symbol of justice

Study: 50% of Central Florida drivers fail to yield at crosswalks within ¼ mile of schools