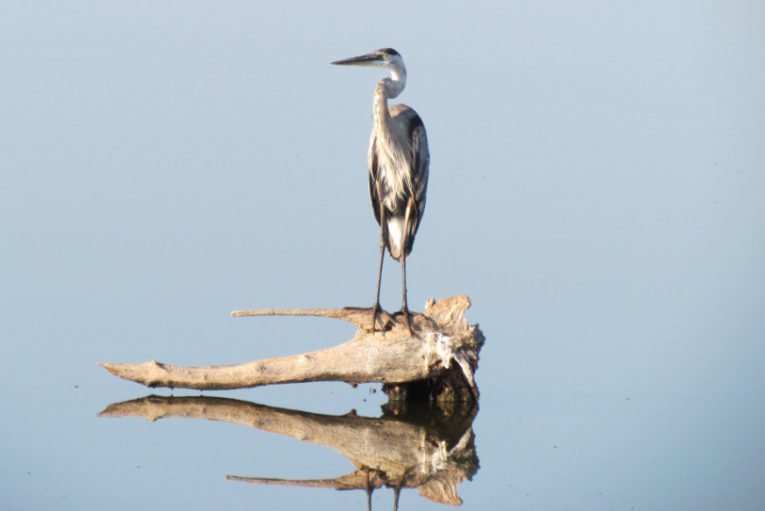 The Apopka City Council voted 5-0 (through consent agenda) to approve an arrangement through a "Memorandum of Understanding (MOU)" between the City of Apopka and the Orange Audubon Society (OAS) to create a birding site at the property known as the Hickerson parcel, and to approve the St. John's River Water Management District's (SJRWMD) donation of that property to the City of Apopka.

According to the Agenda Packet provided for the June 7th City Commission meeting, on October 21, 2015, approval by the Apopka City Council was given to accept a property donation from the SJRWMD. The site is about 66 acres located on the north side of Lust Road just west of Binion Road and S.R. 429 and at the “gateway” to the Lake Apopka Wildlife Drive (Loop Trail).

As part of the process for attaining the site, the City has continually worked with SJRWMD and the OAS to help facilitate the eventual use and rehabilitation of the site and make it one of the premiere locations for birding enthusiasts. The City of Apopka and the OAS have completed an MOU to reflect the intent of the request to the SJRWMD for the site, and formally establish an MOU for the ownership, maintenance, and establishment of the “Gateway Birding Park” that will be managed by the OAS. The City envisions that this new Eco-Tourism Park will provide an accessible location for birding enthusiasts to enjoy, and provide a true gateway to the Lake Apopka Wildlife Drive where additional birding opportunities exist.

"The plan for this property is to make it a passive birding park," explained Mayor Joe Kilsheimer. "It's part of the overall eco-tourism plan. Because the (Lake Apopka) wildlife drive is only open three days a week plus federal holidays, the idea is to bring people to another natural place where birds congregate."

According to Kilsheimer, OAS has a plan to remove invasive plant species from the property, and replace them with native plants and trees that attract birds, with a long-term goal of establishing a visitor's center to include classrooms.

"Basically we intend to turn OAS loose on the Hickerson parcel and let them restore the natural balance," Kilsheimer said.