Corridor of the Year is not just about beautification 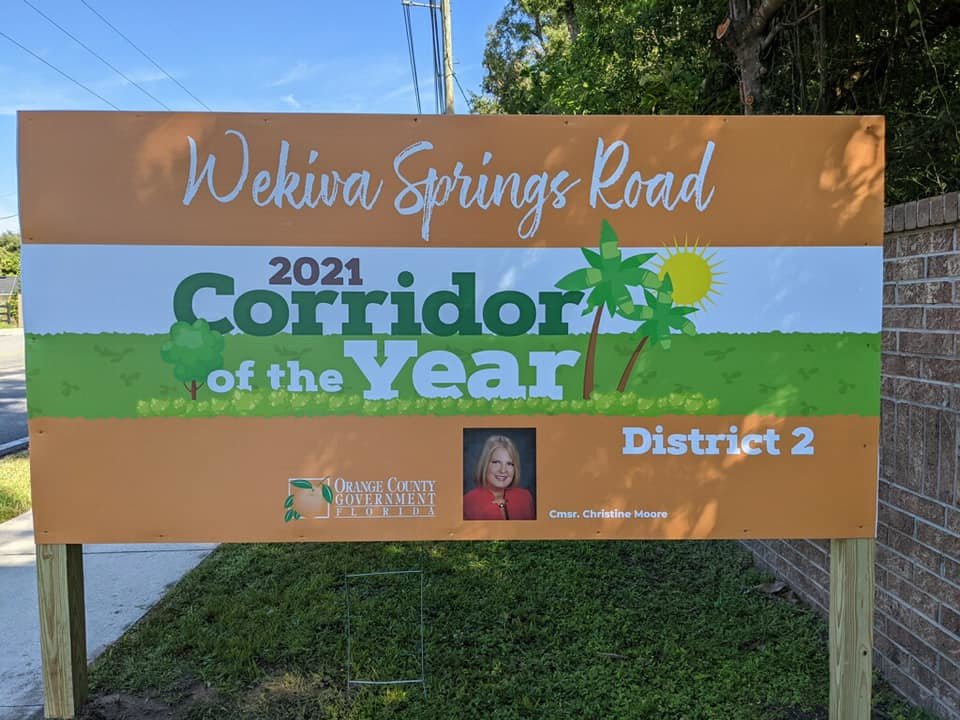 On Saturday, Oct. 1st, a group of independent judges will score five different corridors in District 2 for the 2022 Corridor of the Year (COY) Contest which I hold annually. This year Sheeler, Thompson, Magnolia Homes, Hiawassee, and Lester roads are all in the running to be awarded with the honor of being named the winner.

I came up with the idea of the contest after working with law enforcement in an effort to increase neighborhood safety and prevent crime. As your county commissioner, of course, I want our neighborhoods to hold property value and our communities to appear clean and welcoming. Make no mistake, Corridor of the Year has a mission to help us on all levels.

This past weekend for example, you may have seen my staff and I, joined by residents along Sheeler and Thompson roads, laying mulch, cutting back bushes, planting flowers, and pressure washing sidewalks. The contest judges the fronts of subdivisions along major roads as well as the fronts of individual properties on the roads. Getting each property owner and HOA leaders involved takes a lot of effort, and it is worth every bit of the effort put forth.

Law enforcement officers agree that when community members get to know one another, they are more likely to look out for one another, perhaps, watching a neighbor’s house when no one is home, or picking up mail and newspapers. Forming neighborhood groups is a great defense against criminals and through Corridor of the Year that is happening. Residents are working alongside one another each weekend preparing for COY.

Clearly, a neighborhood that is clean and cared-for, tells criminals stay away. Years ago the “broken window syndrome” was popularized in Criminal Science saying simply that removing the look of disrepair or dysfunction in neighborhoods can reduce crime. You can read more about this in any popular Criminal Science textbook.

So, next Saturday, while the judges will look at whether community walls and sidewalks are pressure washed, if fresh mulch is in landscape beds, trees trimmed, grass mowed, and trash removed, and then applying a score, they’re doing much more than awarding communities for aesthetics.

There’s still time! If you reside along one of the five contestant corridors, you can pick up trash, remove weeds, or any of the other tasks. If you need a contact in your neighborhood, call my office and ask at 407.836.5850. Judging begins promptly at 8 a.m. on October 1st and all work must be completed by that time. By the way, the winning corridor receives benches, LED lights, or streetpole banners.

Once a week watering rules in effect in Orange County