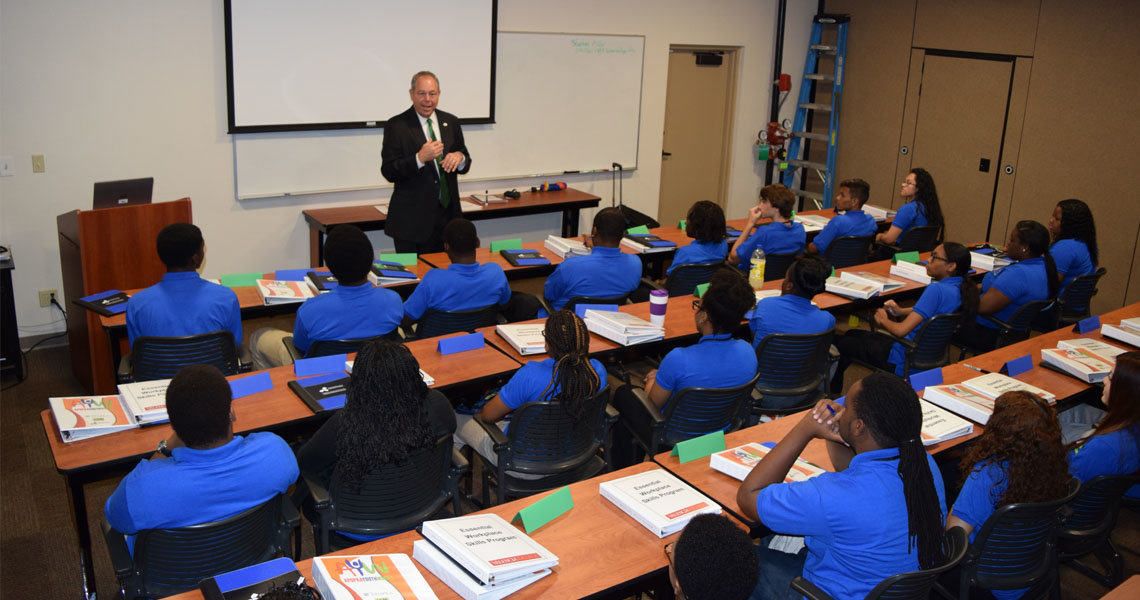 The City of Apopka and CareerSource Central Florida officially begin this year’s Apopka Youth Works summer career exploration program on Monday with a special visit from The U.S. Conference of Mayors and the Bank of America Charitable Foundation.

Representatives from The U.S. Conference of Mayors and Bank of America will recognize the Apopka Youth Works program, which earned a 2017 DollarWise Summer Youth Campaign Grant in January for promoting financial literacy as an important part of a busy summer of youth employment and career education.

Just as important as learning vital career skills and gaining on-the-job experience, the students also must become more familiar with earning and managing their first paychecks. Apopka Youth Works gathered all of the students earlier this month for a financial literacy night to teach money management and smart spending habits.

Next week, Valencia College will teach workplace essentials skills training such as writing resumes, dressing and performing at work. Students will get their own bank accounts with paychecks directly deposited. They can monitor their money online through a mobile application. Apopka Youth Works will present an award at the end of the summer to the student who saves the most money.

“Apopka Youth Works is an important first step for many of these local students to enter the workplace, explore career opportunities and develop good financial practices,” said Apopka Mayor Joe Kilsheimer. “We are tremendously proud of the support from The U.S. Conference of Mayors and Bank of America to improve the lives of Apopka’s young people.”

More than 300 students submitted applications for Apopka Youth Works earlier this year. Many were interviewed – much like a job interview – to determine their eligibility.

The United States Conference of Mayors is the official non-partisan organization of cities with a population of 30,000 or larger. Each city is represented by its chief elected official, the mayor. The U.S. Conference of Mayors’ DollarWise Campaign is made possible through support from the Bank of America Charitable Foundation.

Apopka Youth Works, City of Apopka, US Conference of Mayors