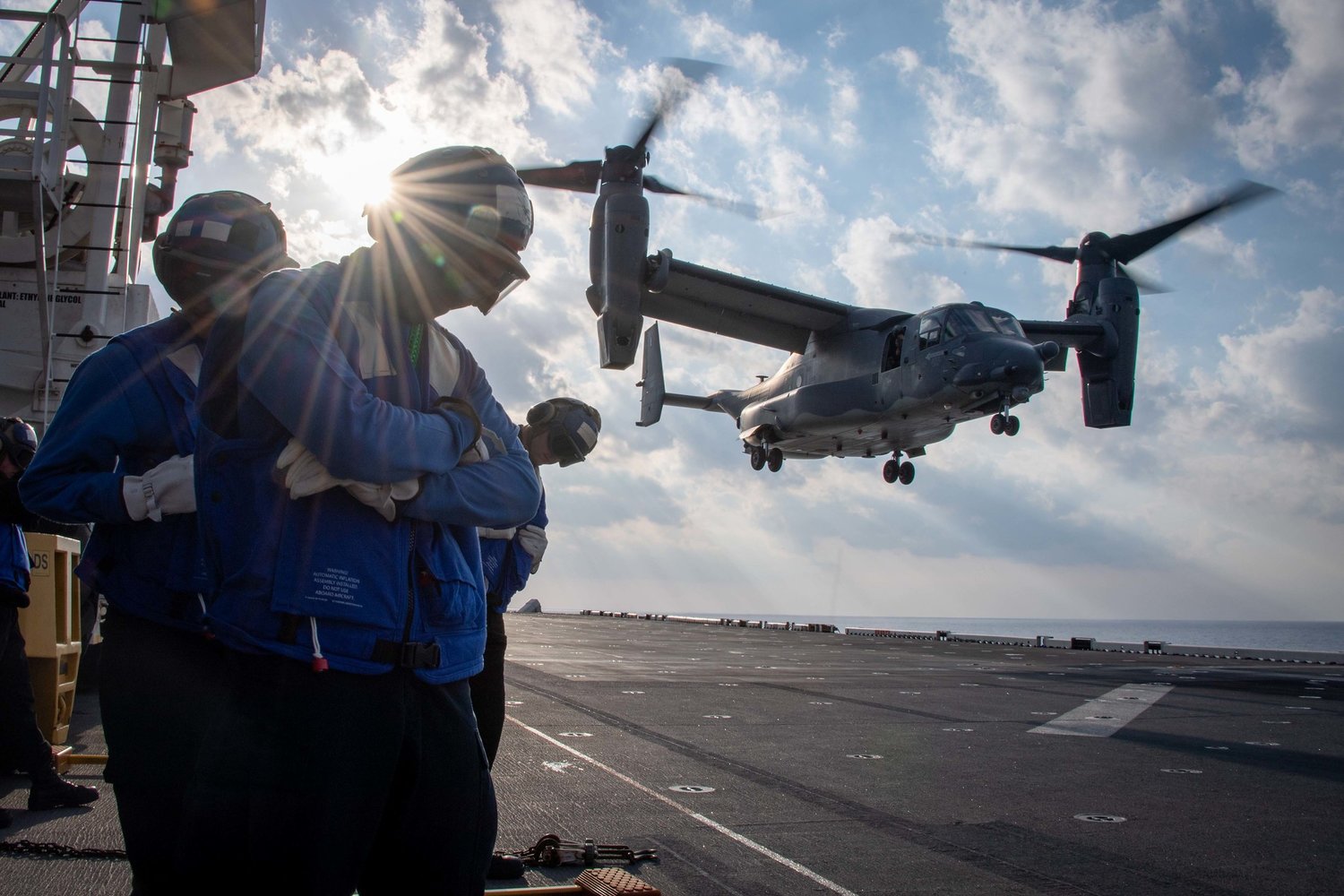 PHILIPPINE SEA - Apopka resident Robert Wynn is seeing the world and getting paid to do it - all from the deck of US Navy assault ship.

Wynn, an Aviation Boatswain’s Mate (Handling) 2nd Class, is assigned to the forward-deployed amphibious assault ship USS America (LHA 6), supervises flight operations with a CV-22B Osprey from the U.S. Air Force 21st Special Operations Squadron. America, the lead ship of the America Amphibious Ready Group, is operating in U.S. 7th Fleet to enhance interoperability with allies and partners and serve as a ready response force to defend peace and stability in the Indo-Pacific region.

The ship's design is based on USS Makin Island, but to allow more room for aviation facilities she does not have a well deck, and has smaller medical spaces. With a displacement of 45,000 tons, she is as large as many other countries' aircraft carriers and can fulfill similar missions when configured with 20 F-35B strike fighters.

America's original homeport was San Diego until 2019, when it was changed to Sasebo, Japan.

Since its launch in 2012, the America crew has been busy throughout the seven seas.

In July 2021, America participated in Exercise Talisman Saber 2021 in north-east Australian waters, with more than 17,000 personnel from Australia and the United States and forces from Canada, Japan, New Zealand, South Korea, and the United Kingdom.