After 9/11, one Apopka resident found healing by helping 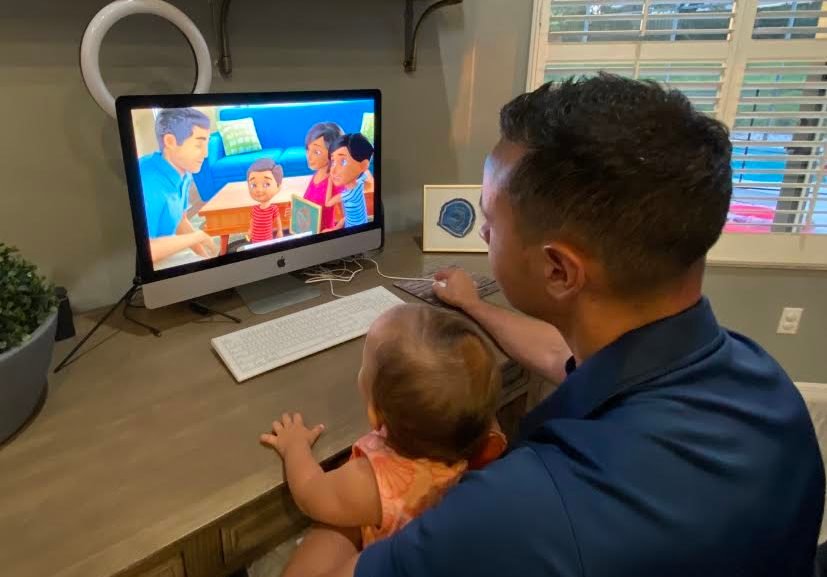 From the Jehovah's Witnesses

On September 11th, 2001, Jason Alicea's attention was diverted from watching CNN's coverage of the attacks in New York City by the sound of an explosion. Shortly after the boom, Alicea and his co-workers noticed a column of smoke rising in the distance. They later learned that the explosion and smoke were from American Airlines flight 77 crashing into the Pentagon in nearby Washington, DC. Alicea was 23 at the time and living in Reston, Virginia.

A native of New York, and a current Apopka resident, Alicea recalled the surprise of this devastating day suddenly landing near his doorstep.

"At the time, we were not in any kind of fear that this was going to come close to us," he said. "We saw what was happening in New York, and this was a New York event. When we heard an explosion that was near us, we realized that this was something bigger."

9/11 and its aftermath moved Alicea and his wife to spend more time in their public ministry.

"It helped us to cope in the sense that it kept our hope in the forefront of our minds by talking to other people about the hope that we have for the future …this had a calming effect on us personally."

Helping others has long been linked to better emotional well-being in psychology research. The book "The Healing Power of Doing Good: The Health and Spiritual Benefits of Helping Others" describes "powerful" effects, even for helpers who've experienced trauma themselves.

Trauma was all too common among the many volunteers at Ground Zero. Roy Klingsporn, a Brooklyn resident who volunteered at Ground Zero nearly every day for two months, recalled on one occasion approaching a man who sat slouched in a golf cart near the site's makeshift morgue.

"When I asked him how he was doing, he burst into tears," said Klingsporn, now of Fort Lauderdale. He said, 'I'm tired of picking up body parts.'"

Recalling the gut-wrenching days he spent as one of those volunteers near the smoldering remains of the Twin Towers still stirs deep feelings in Robert Hendriks.

"It was very emotional and extremely difficult for me, but the faces of those I passed on the street said it all," said Hendriks, now U.S. spokesman for the Jehovah's Witnesses. "They needed comfort, and the best thing I could give them was a hug and a scripture."

From his East Village apartment, Payne recalled the crowds of frantic people streaming north from Lower Manhattan. "That sight stirred up a lot of emotions in me," he said. "It shook me to the core."

Payne found relief in rendering aid the best way he knew how. "Sharing the Bible's message of hope softened the blow for me," he said.

Offering a shoulder to cry on brought Klingsporn comfort too. "It was satisfying to be of help to my community," he said.

Alicea, now a 43-year-old father, has lived in Apopka since 2003. He became a firefighter and paramedic in 2007 for the Orlando Fire Department and was a first responder to the shootings at Pulse nightclub. In addition to dealing with tragedies in his line of work, Alicea also experienced the loss of his mother.

However, he credits his resilience to his ministry:

"Personally, I found that returning to the ministry after tragedy is a very important thing to do. … it's not easy to go back out … but I find it very necessary … because the ministry is where I get to speak about the hope we have for the future."

Payne feels the same. In 2016, after 50 years of marriage, he lost his beloved wife to cancer. When his grief feels overwhelming, Payne writes heartfelt letters that lift his neighbors' spirits — and his own. He shares scriptures and resources that have helped him, like articles on coping with trauma and loss on jw.org, the official website of Jehovah's Witnesses.

"Encouraging others to look to the future helps me to do the same," said Payne.