A trip to Fox Valley Farm and Hopyard: The Hoppiest place on Earth 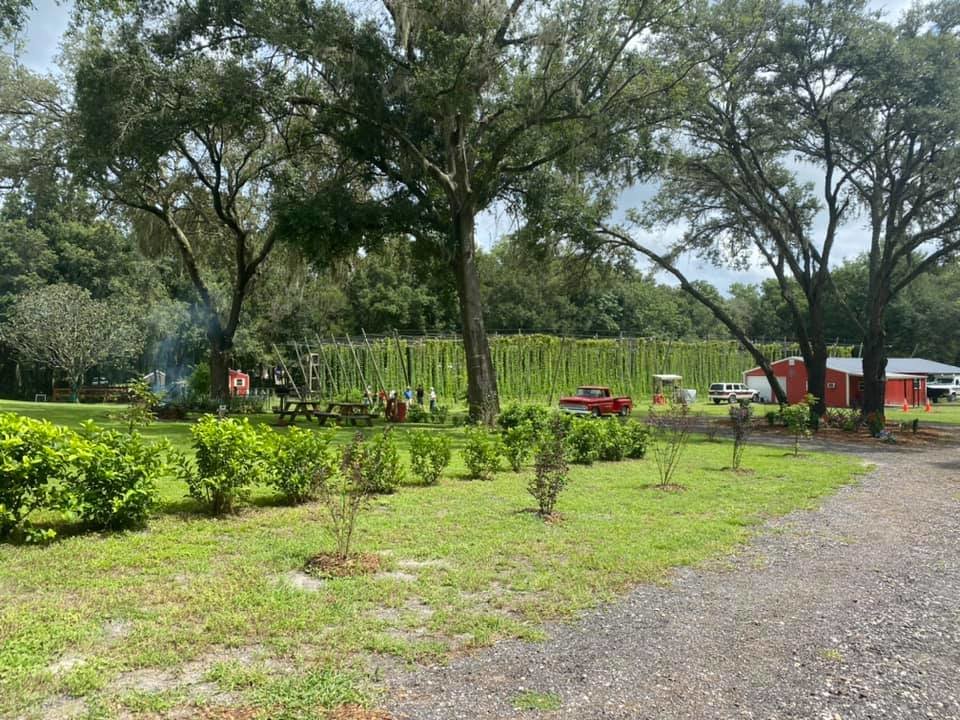 By Matthew Hughes, Interning Correspondent with The Apopka Voice

At 2905 Junior Avenue in Apopka, you will find the Fox Valley Farm and Hopyard; a five-acre piece of land rich with fresh fruits and vegetables, rambunctious livestock, and homegrown hops. With the abundance of the craft beer ingredient located here, one could call Fox Valley the hoppiest place on Earth…

I was pleasantly surprised when I first arrived at the farm. Although it was a gloomy, rainy day, seeing the land that Mike and Jennifer Fox have cultivated in their own backyard was enough to entirely brighten my mood.

But what inspired the duo to start this farm in the first place? 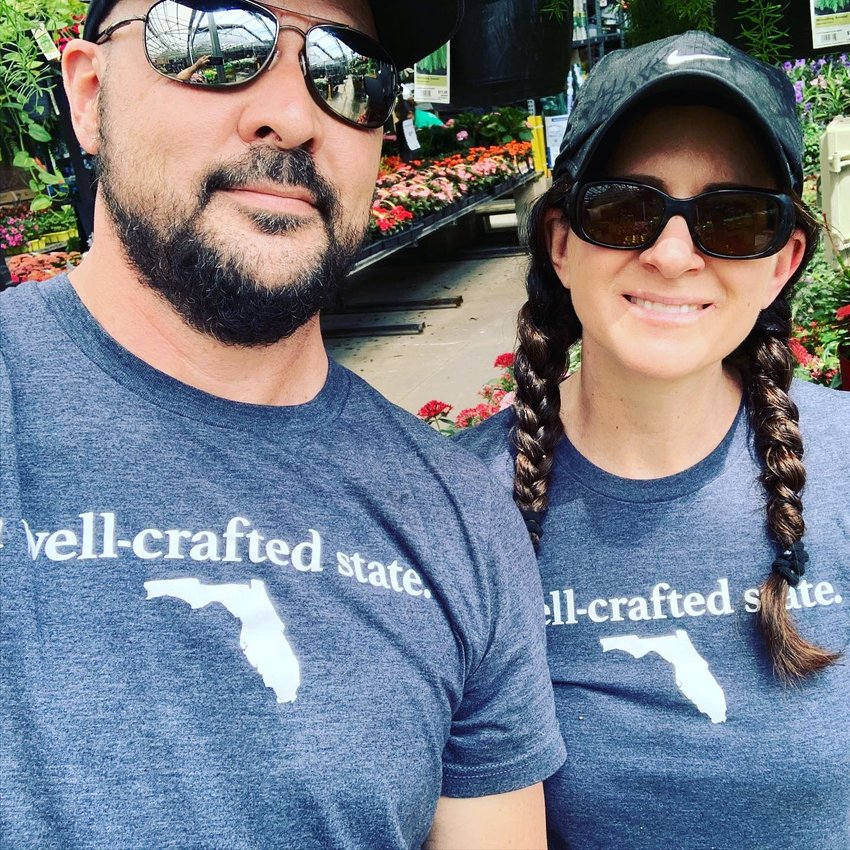 “We really always wanted to be self-sufficient,” said Jennifer. “We knew the importance of growing your own food, and we never really had a place to do that. Everywhere we lived before was small, sub-division-sized porches. We never had the proper land to be able to try it.”

If my words haven’t convinced you that these two have taken full advantage of their land, you might just have to see it for yourself. They’ve turned their backyard into an incredible oasis of fruits, vegetables, and hops. According to Jennifer, growing as many things as possible was always the plan.

“When we got here we were like 'Oh my gosh! It’s five acres! Grow whatever and do whatever you want!'”

While the farm is a true passion for Mike and Jennifer, it isn’t the only thing they have to focus on. The couple also runs an ultrasound staffing company, which specializes in staffing ultrasound sonographers to local hospitals and physician offices. Because of this, they needed the farm to be as manageable for them as possible.

While Mike and Jennifer have put in a lot of hard work to turn this beautiful place into what it is, it couldn’t have been done without the help of their sons. Their oldest son, Alex, is a student at The University of Central Florida, so his time on the farm is limited. However, Sebastian helps run the store on Saturdays, which is full of goods provided by local farmers and residents, while Gabriel is in charge of tending to the chickens and putting them to roost in the evening. 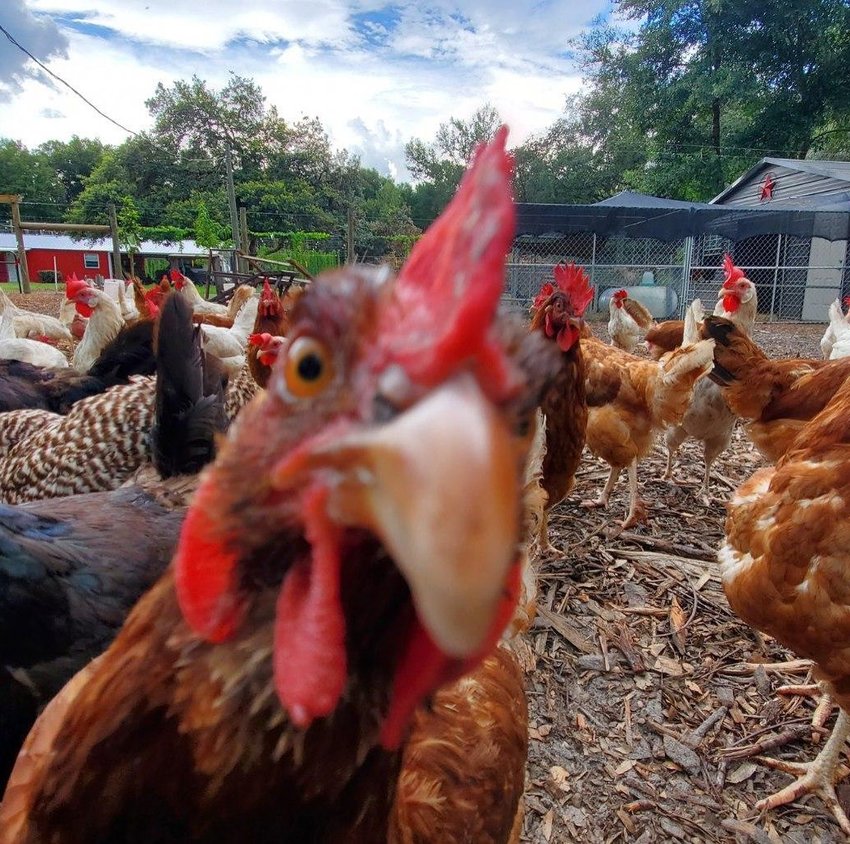 Having an entire clan of chickens was never a plan for the Fox’s, but it certainly wasn’t the only unforeseen thing to come their way when developing the Fox Valley Farm. When I asked the couple if growing hops were in the original plans for the farm, I was met with an unexpected answer.

So, how did all of this come to fruition if it wasn’t even in the blueprint? According to the two, the idea blossomed on a fateful Fourth of July in 2018, the year they moved onto the farm. At the time there was an empty field on the property that a friend of the Fox’s had taken notice of. This friend, Jeff Saheigan, asked if they had any plans for the open land, and Mike told him he was going to build a fruit orchard. To this response, Jeff began to tell him about hops.

“Why would I want to grow hops?” Mike asked Jeff, considering the thought of growing it never crossed his mind until then.

Despite the initial skepticism, Mike was drawn to the scientific aspect of growing hops. By the end of their conversation, Mike only had one question for his long-time friend:

“Will you help me build it?”

The two agreed, and a month later, a semi-truck arrived at the farm with 48 telephone poles, which would be used to hang the growing hops. 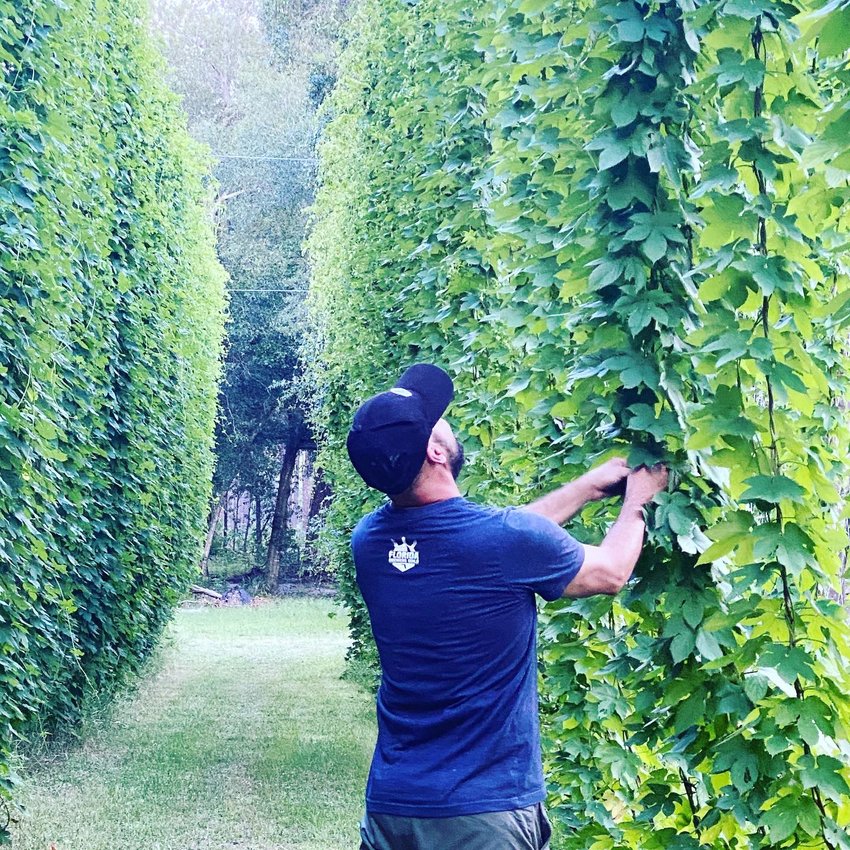 After the first harvest was ready, the Fox’s invited local brewers out to the farm to pick hops to their heart's content, giving most of the harvest away. The two had a lot of fun hosting this event, and that sentiment of community is something that has touched the Fox’s since moving to the farm.

“We are the closest to the people in this neighborhood than… I mean, we’ve been in neighborhoods where you live right next to each other and we didn’t know the person across the street,” said Jennifer. “This is family. Everybody is so close, and everybody takes care of each other… Being in ‘business mode’ for the past 20+ years together, we were focused all the time to where we wouldn’t have time for friends or social life, so when we came here and we were suddenly making friends and talking to people… it’s softened us quite a bit being here, and we really enjoy it now.”

Community is an important thing to the Fox’s, and their upcoming pumpkin patch is going to be another way to bring the Apopka community together.

“You can’t have October without pumpkins,” said Jennifer. “We’re gonna have this whole area up here set up as a pumpkin patch. We’ll have some picture spots and things like that so people can come out and see the animals, get some pumpkins, try some cider… I think it’ll be great.”

The Pumpkin Patch is set for October, and will be open every Wednesday - Friday from 4pm to 8pm, and Saturdays and Sundays from 9am to 2pm all month long.

While the Fox Valley Farm and Hopyard is an ever-changing and ever-evolving project for the Fox’s, they do have some very ambitious plans in the works in the coming years.

“Definitely a brewery on-site, and definitely a lot more food that we can provide and share, and overall a lot more places on the farm where people can come and enjoy and spend time,” said Jennifer.

“Greenhouses… the ability to process our own fertilizer, the home brewery, of course, and the campsite… and an axe-throwing range to go along with it,” said Mike.

One dream that's a bit closer to becoming reality is their Bines and Brews Homebrew Competition taking place on November 6 from 12pm to 6pm. This is for homebrewers only to test their metal - translate: hops brewing skills - against each other in good-natured fun, and the chance to snag a prize for people's choice and overall best of show! Open to the public, they have planned live music, axe throwing and food trucks to make it a memorable experience. While this is a free event, registration and tickets are required to participate. 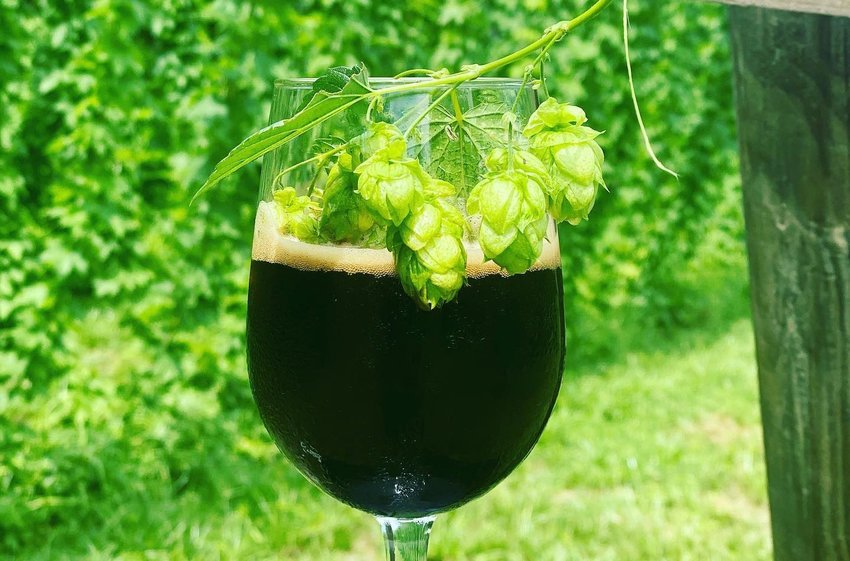 With all of the elaborate plans these two have for the future of this farm, it’s no wonder why the community is so excited about Fox Valley. I called this place the ‘hoppiest place on Earth’ at the beginning of the article as a nod to Disney, but as it turns out, that’s a sentiment the Fox’s share for their farm as well.

“We call it our own little Disney World,” said Jennifer. “As much as we can do to fill our little five acres, we’ll make it fun.”