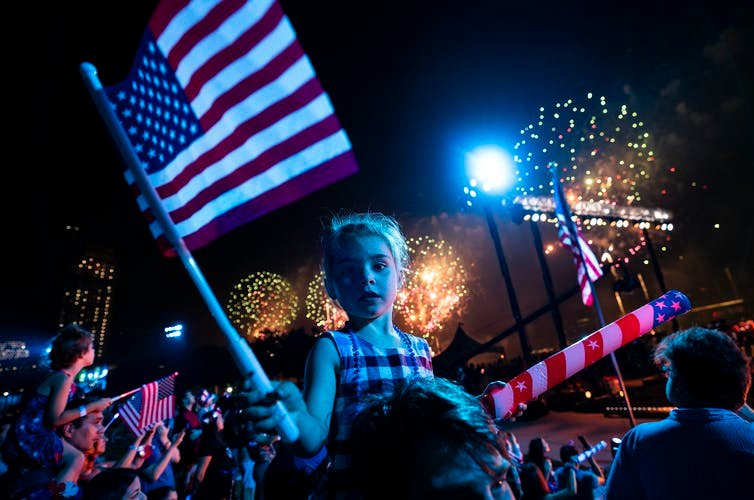 If you’re looking forward to shooting off bottle rockets and Roman candles this Fourth of July, I’ve got good news and bad news.

The bad is that fireworks prices are soaring this year along with pretty much everything else. The good news, however, is that at least you don’t need to worry about a shortage - there should be plenty of rockets, fountains, and sparklers to go around.

I’m an economist who has been following the fireworks industry for years. Despite soaring wholesale prices, I believe the latest data suggests you may be able to beat inflation and snag some fireworks deals - if you’re patient.

Fireworks imports at a record

Fireworks were first invented in China over 2,000 years ago. Today, that’s where most of the world’s fireworks still come from.

China has been responsible for 87% of the world’s fireworks exports since 2010. Much of these are low-priced mass-market products, like firecrackers and Roman candles, the kind you’ll find at your local fireworks store.

In the U.S., regular people – as opposed to professional pyrotechnicians – typically light off the most fireworks around the Fourth of July, and so businesses import large amounts well in advance of the holiday to ensure a large supply.

The U.S. imported 185 million pounds of fireworks, mostly from China, in the first four months of 2022, the latest data available. That’s already 27% ahead of last year’s record pace. And this doesn’t even include figures for May and June, the two months that usually account for the biggest volumes in a typical year.

More expensive fireworks for the expansive public displays cities typically put on come from countries like the Netherlands, Germany, Spain, Poland, and the U.S.

American manufacturers, which produce an estimated 6.7 million pounds of fireworks a year, focus on designing the more sophisticated rockets for big public displays and often help orchestrate them.

But there’s reason to believe consumer demand might actually be lower than usual this year.

In 2020, most public displays were canceled to avoid encouraging large crowds that might spread the coronavirus. As a result, Americans were lighting off a lot more fireworks in backyards and city streets than usual - often illegally.

Public displays began returning in 2021, and more are expected in 2022. That’s translating into a surge of professional fireworks imports, though they still remain well below pre-pandemic levels.

But the return of large displays will likely reduce demand from more casual users since it is hard to go to a professional show and light off lots of small fireworks at the same time. Ana d severe drought in large swaths of the U.S. should further damp consumer demand as officials urge cities to restrict the use of fireworks to avoid sparking wildfires.

That means prices should … rise?

Basic economics tells us that when supply is high and demand is low, prices should go down. The data available suggests otherwise, thanks to the fastest pace of inflation in over 40 years.

Importers paid an average of US$1.30 per pound for fireworks in the first four months of the year, a 15% increase from 2021 - or close to double the overall rate of inflation.

Unfortunately, the consumer price index doesn’t have detailed data on the cost people are actually shelling out for retail fireworks. But there is data on the price producers are paying for explosives, propellants, and blasting accessories, which include fireworks. The latest data, for May 2022, shows prices were up 11% from a year earlier.

And there’s reason to believe the amount retailers ultimately charge for fireworks will go up even more after factoring in the soaring cost of transporting goods, higher insurance premiums, and rising labor costs.

Be patient and stay safe

It seems likely that retailers beleaguered by pandemic-related supply chain problems in everything from coins and toilet paper to baby formula and even Grape-Nuts cereal simply placed big fireworks orders as early as they could.

But I think it’s likely that this will lead to a glut in supply, and fireworks peddlers will be saddled with too many rockets for too little demand and may have to eventually lower the price to entice inflation-weary consumers.

So if you’re planning to shoot off fireworks as part of your Fourth of July celebrations, there’s probably no need to hoard them the way many people stocked up on toilet paper or baby formula. In fact, you might benefit from waiting and taking advantage of better deals closer to July 4.

One note of caution, though: Use common sense when lighting your rockets and candles, especially if children are around. Thousands of people in the U.S. are injured from fireworks every year, and some even die. Per-capita injuries spiked during the pandemic after decades of declines.

It’s also smart to pay attention to how fireworks affect nearby pets and take some precautions to protect them.

Whether you are lighting fireworks, watching them illuminate the night sky, or just hiding from the noise, I wish all of you a happy Independence Day.