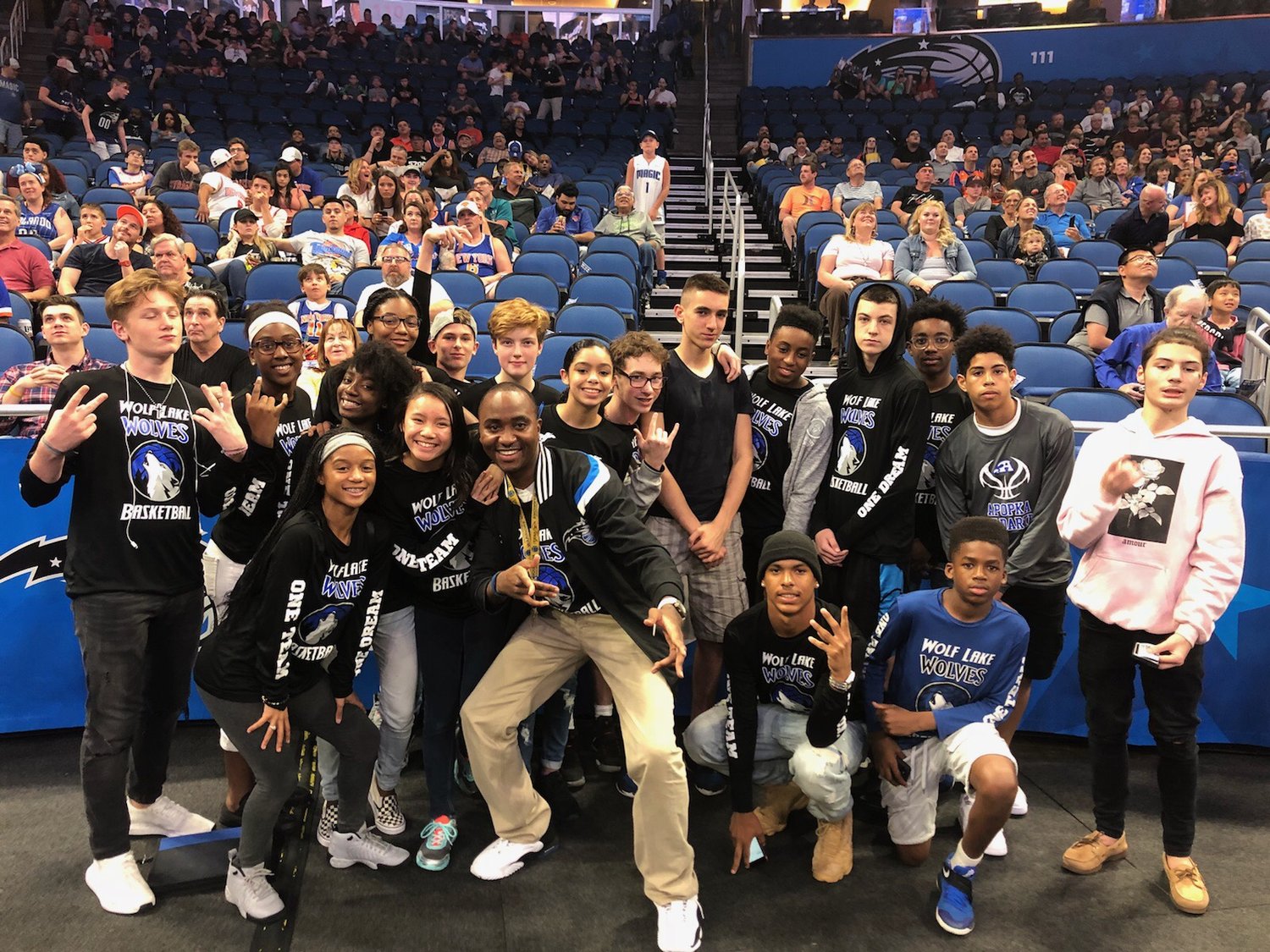 It's been a roller coaster ride for the Wolf Lake Middle School Boys' basketball team this season. The Wolves have fought through injuries to key players, and a playoff schedule that featured games against an undefeated team, and the #1 ranked team in the county. But now Wolf Lake finds itself in the County Championship against Carver Middle School in Orlando - also undefeated and the county runner-up in 2017.

Mark Washington has guided the Wolfpack from a two-win team in 2016, to one game away from a County Championship. Washington is a lifelong Apopkan and 2nd-year head coach of the Wolf Lake Wolves Boys Basketball Team.

"This is a true testament, not only to myself and our committed coaching staff but also to the passionate/hard working players (and managers), dedicated family & community," said Washington.

According to Washington, the trials and tribulations began right off the bat before the season even started.

"One of our team captains / top players / best shooter went down on the first day of tryouts," he said. "His name is Bryson James, 8th grader. He actually has to have surgery on his right foot this Friday morning. (Talk about an unfortunate way to start Spring Break! We've dedicated this season to him!) Along with that, my top two scorers have each spent time on crutches, braces, and wraps this season as well. Point guard Nikai Martinez injured his foot and hip during an in-season football showcase, and Kaven Call injured his wrist in practice."

Despite the drama, Washington is pleased with the Wolves efforts throughout the season.

"No matter the circumstance and adversity, these young men have banned together to make this historical run this season! This has been a magical ride, and these young student - athletes will take these memories with them for the rest of their lives. No matter what happens on Thursday night, this group will always be brothers for life and I'll always have their backs no matter what. Our team motto is "1 team, 1 dream"... Now we are 1 win away from making the 'D.R.E.A.M" into a reality! - LET'S GO WOLFPACK!"

The County Championship game between Wolf Lake and Carver Middle Schools is at 7:15 PM Thursday night at the Edgewater High School Gym. Tickets are $3.