Why is turkey the main dish on Thanksgiving? 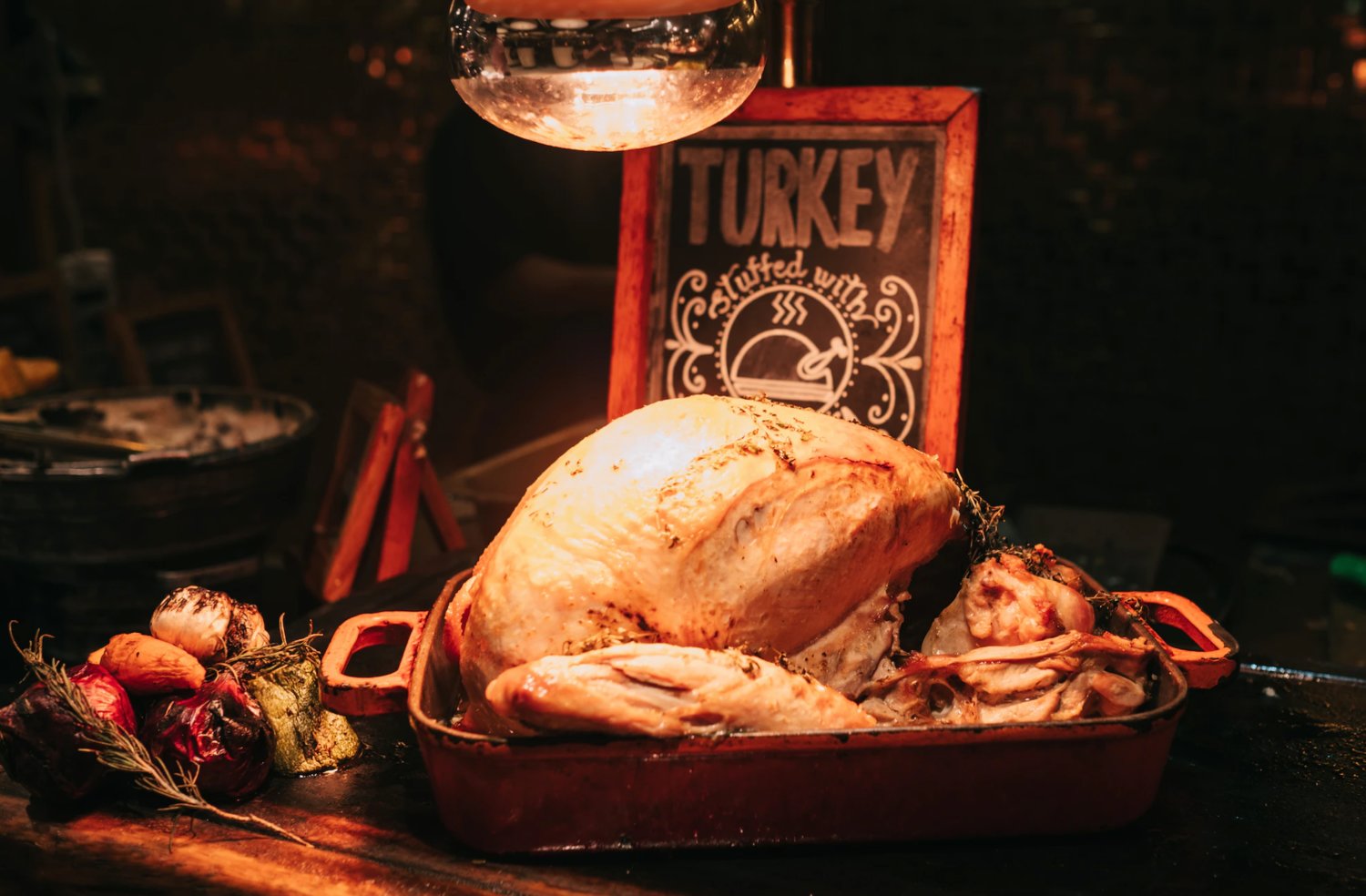 Have you ever wondered why Thanksgiving revolves around turkey, not ham, chicken, venison, beef, or corn?

Almost 9 in 10 Americans eat turkey during this festive meal, whether it’s roasted, deep-fried, grilled, or cooked in any other way for the occasion.

You might believe it’s because of what the Pilgrims, a year after they landed in what’s now the state of Massachusetts, and their Indigenous Wampanoag guests ate during their first thanksgiving feast in 1621. Or that it’s because turkey is originally from the Americas.

But it has more to do with how Americans observed the holiday in the late 1800s than which poultry the Pilgrims ate while celebrating their bounty in 1621.

Did they or didn’t they eat it?

The only firsthand record of what the Pilgrims ate at the first thanksgiving feast comes from Edward Winslow. He noted that the Wampanoag leader, Massasoit, arrived with 90 men, and the two communities feasted together for three days.

Winslow wrote little about the menu, aside from mentioning five deer that the Wampanoag brought and that the meal included “fowle,” which could have been any number of wild birds found in the area, including ducks, geese and turkeys.

Historians do know that important ingredients of today’s traditional dishes were not available during that first Thanksgiving.

That includes potatoes and green beans. The likely absence of wheat flour and the scarcity of sugar in New England at the time ruled out pumpkin pie and cranberry sauce. Some sort of squash, a staple of Native American diets, was almost certainly served, along with corn and shellfish.

Historians like me who have studied the history of food have found that most modern Thanksgiving traditions began in the mid-19th century, more than two centuries after the Pilgrims’ first harvest celebration.

The reinvention of the Pilgrims’ celebration as a national holiday was largely the work of Sarah Hale. Born in New Hampshire in 1784, as a young widow she published poetry to earn a living. Most notably, she wrote the nursery rhyme “Mary Had a Little Lamb.”

In 1837, Hale became the editor of the popular magazine Godey’s Lady’s Book. Fiercely religious and family-focused, it crusaded for the creation of an annual national holiday of “Thanksgiving and Praise” commemorating the Pilgrims’ thanksgiving feast.

Hale and her colleagues leaned on 1621 lore for historical justification. Like many of her contemporaries, she assumed the Pilgrims ate turkey at their first feast because of New England's abundance of edible wild turkeys.

This campaign took decades, partly due to a lack of enthusiasm among white Southerners. Many of them considered an earlier celebration among Virginia colonists in honor of supply ships that arrived at Jamestown in 1610 to be the more important precedent.

The absence of Southerners serving in Congress during the Civil War enabled President Abraham Lincoln to declare Thanksgiving a national holiday in 1863.

Godey’s and other media embraced the holiday, packing their pages with recipes from New England and menus that prominently featured turkey.

“We dare say most of the Thanksgiving will take the form of gastronomic pleasure,” Georgia’s Augusta Chronicle predicted in 1882. “Every person who can afford turkey or procure it will sacrifice the noble American fowl to-day.”

One reason for this: A roasted turkey makes a perfect celebratory centerpiece.

A second one is that turkey is also practical for serving a large crowd. Turkeys are bigger than other birds raised or hunted for their meat, and it’s cheaper to produce a turkey than a cow or pig. The bird’s attributes led Europeans to incorporate turkeys into their diets following their colonization of the Americas. In England, King Henry VIII regularly enjoyed turkey on Christmas day, a century before the Pilgrims’ feast.

The bird cemented its position as the favored Christmas dish in England in the mid-19th century.

One reason for this was that Ebenezer Scrooge in Charles Dickens’ “A Christmas Carol” sought redemption by replacing the impoverished Cratchit family’s meager goose with an enormous turkey.

Although the historical record is hazy, I do think it’s possible that the Pilgrims ate turkey in 1621. It certainly was served at celebrations in New England throughout the colonial period.

Grocery items that rose in price the most in December

Why are eggs so expensive?