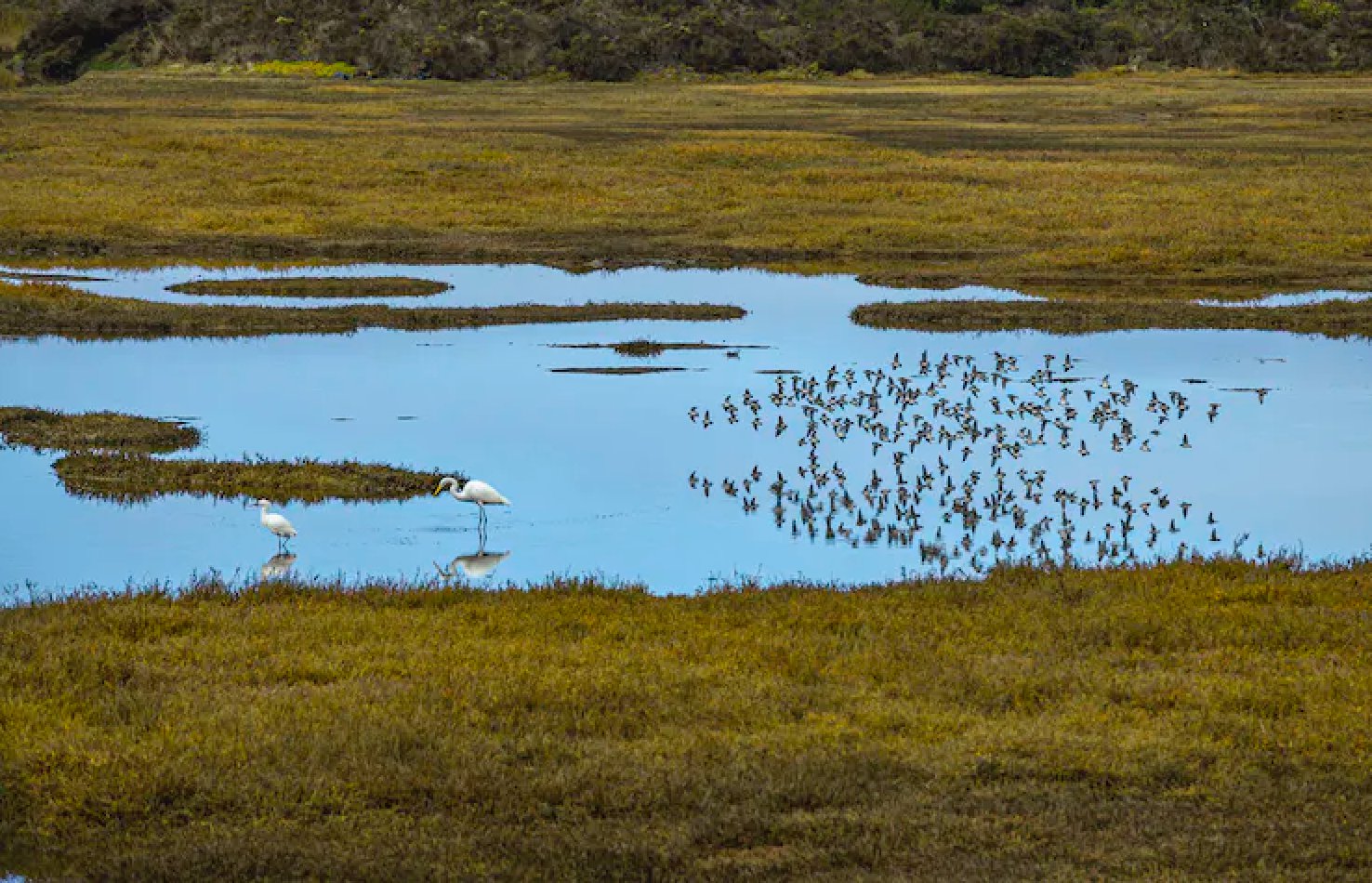 The U.S. Supreme Court opens its new session on Oct. 3, 2022, with a high-profile case that could fundamentally alter the federal government’s ability to address water pollution. Sackett v. EPA turns on a question that courts and regulators have struggled to answer for several decades: Which wetlands and bodies of water can the federal government regulate under the 1972 Clean Water Act?

Under this keystone environmental law, federal agencies take the lead in regulating water pollution, while state and local governments regulate land use. Wetlands are areas where land is wet for all or part of the year, so they straddle this division of authority.

Swamps, bogs, marshes and other wetlands provide valuable ecological services, such as filtering pollutants and soaking up floodwaters. Landowners must obtain permits to discharge dredged or fill material, such as dirt, sand or rock, in a protected wetland. This can be time-consuming and expensive, which is why the case is of keen interest to developers, farmers and ranchers, along with conservationists and the agencies that administer the Clean Water Act – the Environmental Protection Agency and the U.S. Army Corps of Engineers.

The Supreme Court has already shown a willingness to curb federal regulatory power on environmental issues. From my work as an environmental law scholar, I expect the court’s decision in this case to cut back on the types of wetlands that qualify for federal protection.

Idaho residents Chantell and Mike Sackett own a parcel of land located 300 feet from Priest Lake, one of the state’s largest lakes. The parcel once was part of a large wetland complex. Today, even after the Sacketts cleared the lot, it still has some wetland characteristics, such as saturation and ponding in areas where soil was removed. Indeed, it is still hydrologically connected to the lake and neighboring wetlands by water that flows at a shallow depth underground.

In preparation to build a house, the Sacketts had fill material placed on the site without obtaining a Clean Water Act permit. The EPA issued an order in 2007 stating that the land contained wetlands subject to the law and requiring the Sacketts to restore the site. The Sacketts sued, arguing that their property was not a wetland.

In 2012, the Supreme Court held that the Sacketts had the right to challenge EPA’s order and sent the case back to the lower courts. Now, after losing below on the merits, they are back before the Supreme Court. The current issue is whether the Sacketts’ property is federally protected, which in turn raises a broader question: What is the scope of federal regulatory authority under the Clean Water Act?

What are ‘waters of the United States’?

The Clean Water Act regulates discharges of pollutants into “waters of the United States.” Lawful discharges may occur if a pollution source obtains a permit under either Section 404 of the Act for dredged or fill material, or Section 402 for other pollutants.

The Supreme Court has previously recognized that the “waters of the United States” include not only navigable rivers and lakes, but also wetlands and waterways that are connected to navigable bodies of water. However, many wetlands are not wet year-round, or are not connected at the surface to larger water systems, but can still have important ecological connections to larger water bodies.

In 2006, when the court last took up this issue, no majority was able to agree on how to define “waters of the United States.” Writing for a plurality of four justices in U.S. v. Rapanos, Justice Antonin Scalia defined the term narrowly to include only relatively permanent, standing or continuously flowing bodies of water such as streams, oceans, rivers and lakes. Waters of the U.S., he contended, should not include “ordinarily dry channels through which water occasionally or intermittently flows.”

Acknowledging that wetlands present a tricky line-drawing problem, Scalia proposed that the Clean Water Act should reach “only those wetlands with a continuous surface connection to bodies that are waters of the United States in their own right.”

In a concurring opinion, Justice Anthony Kennedy took a very different approach. “Waters of the U.S.,” he wrote, should be interpreted in light of the Clean Water Act’s objective of “restoring and maintaining the chemical, physical, and biological integrity of the Nation’s waters.”

Accordingly, Kennedy argued, the Clean Water Act should cover wetlands that have a “significant nexus” with navigable waters – “if the wetlands, either alone or in combination with similarly situated lands in the region, significantly affect the chemical, physical, and biological integrity of other covered waters more readily understood as ‘navigable.’”

Neither Scalia’s nor Kennedy’s opinion attracted a majority, so lower courts have been left to sort out which approach to follow. Most have applied Kennedy’s significant nexus standard, while a few have held that the Clean Water Act applies if either Kennedy’s standard or Scalia’s is satisfied.

Regulators have also struggled with this question. The Obama administration incorporated Kennedy’s “significant nexus” approach into a 2015 rule that followed an extensive rulemaking process and a comprehensive peer-reviewed scientific assessment. The Trump administration then replaced the 2015 rule with a rule of its own that largely adopted the Scalia approach. The Biden administration has proposed a new rule that would deem waters of the United States present if either a significant nexus or continuous surface connection is present.

The court’s ultimate ruling in Sackett could offer lower courts, regulatory agencies and landowners clear direction on the meaning of “waters of the United States.” And it will likely affect the government’s ability to protect the nation’s waters.

A broad interpretation could include many agricultural ditches and canals, which might obligate some farmers and ranchers to apply for Section 404 permits. It could also ensure oversight of polluters who discharge pollutants upstream of federally protected waters.

The Sacketts assert that the permitting process imposes significant costs, delays and potential restrictions on property use. In response, the Biden administration contends that most landowners can proceed under general permits that impose relatively modest costs and burdens.

In my view, this court’s anti-regulatory bent – and the fact that no other justices joined Kennedy’s concurring Rapanos opinion – suggest that this case will produce a narrow reading of “waters of the United States.” Such an interpretation would undercut clean water protections across the country.

If the court requires a continuous surface connection, federal protection would no longer apply to many areas that critically affect the water quality of U.S. rivers, lakes and oceans – including seasonal streams and wetlands that are near or intermittently connected to larger water bodies. It might also mean that building a road, levee or other barrier separating a wetland from other nearby waters may be enough to remove an area from federal protection.

Congress could clarify what the Clean Water Act means by “waters of the United States,” but past efforts to legislate a definition have fizzled. And today’s closely divided Congress is unlikely to fare any better. The court’s ruling in Sackett could offer the final word on this issue for the foreseeable future.