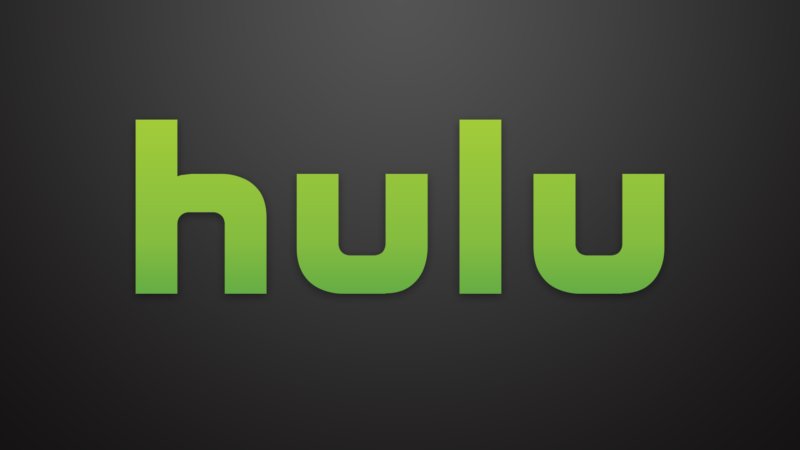 Posted Wednesday, January 26, 2022 9:04 pm
By Emily Price, whattowatch.com
Hulu has unveiled its new releases for February 2022, with the Lily James and Sebastian Stan series Pam & Tommy one of the big highlights. Set during some of the early days of the internet, the series follows the story of Pamela Anderson and Tommy Lee, played by Lily James and Sebastian Stan, after a sex tape is stolen from their home by a disgruntled contractor (which happens to be played by Seth Rogan). The three-episode series premiere drops on Feb. 2.

Also coming to Hulu subscribers in February is the complete fifth season of Rick and Morty, arriving on Feb. 5, the complete second season of Dollface on Feb. 11, and the streaming debut of Guillermo del Toro’s latest movie, Nightmare Alley.

Here’s a full rundown of what Hulu has in store for February:

Nightmare Alley (2021)
In Guillermo del Toro’s film noir, an ambitious carnival worker (Bradley Cooper) with a talent for manipulating people with a few well-chosen words hooks up with a mysterious psychiatrist (Cate Blanchett), who may prove to be as dangerous as he is.

Your Attention Please season 2
Hulu is proud to showcase inspiring Black artists, talent, and voices – and the visionaries on the come up now. We’re putting a spotlight on Black culture and celebrating Black History Month year-round. Get into it.

Pam & Tommy
Set in the Wild West early days of the internet, Pam & Tommy is based on the incredible true story of the Pamela Anderson (Lily James) and Tommy Lee (Sebastian Stan) sex tape. Stolen from the couple’s home by a disgruntled contractor (Seth Rogen), the video went from underground bootleg-VHS curiosity to full-blown global sensation when it hit the web in 1997. A love story, crime caper, and cautionary tale rolled into one, the eight-part original limited series explores the intersection of privacy, technology, and celebrity, tracing the origins of our current reality TV era to a stolen tape seen by millions but meant to have an audience of just two.

The Deep House (2021)
Deep below the surface of a seemingly tranquil remote lake lies a perfectly preserved family home. When a young influencer couple sets out to explore the submerged house to capture uncharted content for their social media followers, their dive turns into a nightmare as they discover a sinister presence. With limited oxygen supply and time running against them, the couple must find a way to escape the underwater house of horrors before it’s too late.

Beans (2021)
Inspired by true events, Beans is about a Mohawk girl on the cusp of adolescence who must grow up fast and become her own kind of warrior during the armed stand-off known as the 1990 Oka Crisis.

The Beta Test (2021)
A married Hollywood agent receives a mysterious letter for an anonymous sexual encounter and becomes ensnared in a sinister world of lying, murder, and infidelity in this scintillating satire.

Clotilda: Last American Slave Ship (2022)
In July 1860, on a bet, the schooner Clotilda carried 110 kidnapped Africans to slavery in Alabama. The traffickers tried to hide their crime by burning and sinking the ship, but now, for the first time since Clotilda arrived in America, maritime archaeologists enter the wreck.  In a dangerous dive, they explore the actual cargo hold and find physical evidence of the crime the slave traders tried so hard to hide. Descendants of the passengers share how their ancestors turned a cruel tragedy into an uplifting story of courage and resilience.

To Catch a Smuggler : season 3
Even during a pandemic smuggling never stops. With the unpredictability of air travel causing drug traffickers to reroute supply lines, the Department of Homeland Security has shifted tactics to defend our borders at airports, seaports, and land crossings throughout the U.S. where vigilant officers are on high alert to stem the flow of illegal contraband. Using every tool available to them, DHS will stop at nothing to catch a smuggler.

Gully (2021)
Powerful and unflinchingly honest, Gully is the explosive and timely story of three boyhood friends — Calvin, Nicky, and Jesse — surviving an upbringing in LA’s roughest neighborhoods. Steeped in violence but united by friendship, together they find their escape in one out-of-control night of partying. But when the rampage stops, retribution begins. Starring Kelvin Harrison, Jr., Charlie Plummer, Jacob Latimore, Jonathan Majors, Amber Heard, and Terrence Howard.

Dollface season 2
Season 2 follows Jules (Kat Dennings) and her best friends – post-pandemic, post-heartbreak, heading toward turning 30. Having successfully reunited with her friends (Brenda Song, Shay Mitchell, and Esther Povitsky), Jules must now balance keeping their group together as the women navigate work, love, and a deeper relationship with each of themselves.

Trolls: TrollsTopia season 6
Trolls: TrollsTopia! is the next chapter in the Trolls’ hair-raising adventures. During the Trolls sequel, Trolls: World Tour, everything gets turned on its hair when Poppy learns there are five other musically themed Trolls tribes scattered throughout the forest. Now, armed with her endless positivity she decides to bring delegates from the Country Western, Classical, Funk, Techno, and Hard Rock tribes to live together in her village, to form a new Trolls city and promote friendship and harmony in a grand experiment she calls… TrollsTopia!

A House on the Bayou (2021)
In an effort to reconnect and mend their relationship, Jessica and John Chambers (Angela Sarafyan, Paul Schneider) seek an idyllic getaway with their daughter Anna (Lia McHugh) to a remote mansion in rural Louisiana. When suspiciously friendly neighbors show up for dinner uninvited, the weekend takes a sinister turn as the fragile family bond is tested and dark secrets come to light.

The King’s Man (2021)
The King’s Man follows one man who must race against time to stop a collection of history’s worst tyrants and criminal masterminds gathering to plot a war to wipe out millions. Discover the origins of the very first independent intelligence agency in The King’s Man.

The Feast (2021)
The Feast follows a young woman serving privileged guests at a dinner party in a remote house in rural Wales. The assembled guests do not realize they are about to eat their last supper.

How It Ends (2021)
In this feel-good apocalyptic comedy, freewheeling Liza (Zoe Lister-Jones) scores an invite to one last wild party before the world ends. But making it there won't be easy; after her car is unceremoniously stolen; and the clock is ticking on her plan to tie up loose ends with friends and family. With a little help from her younger self (Cailee Spaeny); Liza embarks on a hilarious journey across Los Angeles, running into an eclectic cast of characters; including ex-boyfriends, frenemies, and street performers along the way.

Snowfall season 5 premiere
It's the summer of 1986, and Franklin Saint (Damson Idris) and his entire family are rich beyond their wildest dreams, on the verge of having everything they've ever wanted [like playing kasyno bez depozytu, or no deposit casino]… right as the ground begins to fall out from under their feet.

The Last Rite (2021)
Lucy, a study-from-home medical student and sleep paralysis victim, moves in with her boyfriend and finds out all is not as it seems when she falls prey to a demonic force hell-bent on ripping her apart from within. Torn between sanity and the unknown, Lucy is left with no alternative but to contact a local priest, Father Roberts for help. With time running out and the dark force consuming her from inside, Father Roberts is forced to make a choice, do the right thing and get the church involved, or help Lucy by conducting his own exorcism against the will of the church.

No Exit (2022)
In No Exit, Darby, a young woman en route to a family emergency, is stranded by a blizzard and forced to find shelter at a highway rest area with a group of strangers. When she stumbles across an abducted girl in a van in the parking lot, it sets her on a terrifying life-or-death struggle to discover who among them is the kidnapper.