What will housing prices be a year from now? 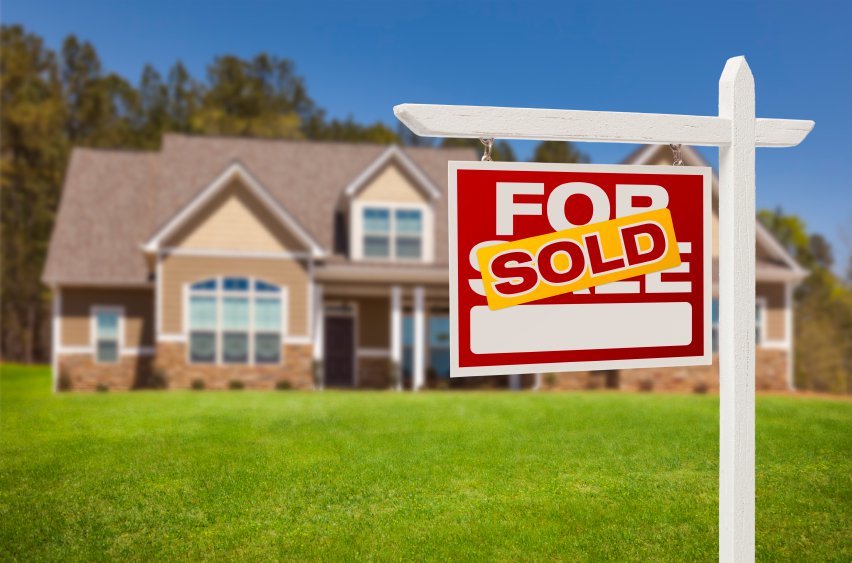 Yet, there is a growing consensus in financial circles that we are in the early stages of a real estate downturn. Again, a downward correction has seemed the obvious and easy call for a long time—albeit the wrong call—but now that consensus is shifting, the question on a lot of minds seems to be moving from whether prices will drop to just how far downward they might go.

I think there is a lot of air below current prices.

The Case-Shiller U.S. National Home Price Index tracks home prices nationally based on data for repeat sales. The index used by the Federal Reserve has been reset to have the year 2000 as the baseline (100 on the index) and shows changes relative to January 1 of that year, but the original index dated back to 1890. It is the assertion of Robert Shiller that, over time, the housing index will trend back to the baseline value of 100 as housing prices (in real terms) are an overall reflection of household income and other related factors of purchasing power.

Remember the 2008 housing bubble? Note that we all call it a “bubble” and there is nobody credible out there arguing that it wasn’t a huge financial bubble. When financial bubbles burst, prices collapse, but that isn’t what happened with housing in 2008. Here’s the Case-Shiller Index as of the end of August 2022. Note where we are today in relation to the “bubble” of 2008.

If we agree that 2000 to 2008 was a bubble, one where prices peaked in 2006 at 84% above the baseline, then where are we now? Prices are 208% of the baseline. To get back to what historically would be considered a normal price for housing, current market prices will need to fall 68%. In other words, if you have a $250,000 house at the peak of this cycle, you may find yourself in a house valued at just $81,000. That is difficult to fathom.

Difficult to fathom does not mean impossible.

It’s instructive to also look at interest rates. A year ago, someone with reasonable credit could get a 30-year mortgage at a 3% interest rate. Historically, that is unprecedented, and it explains a lot of the current bubble. Today, 30-year rates are around 7%, with indications that they may go significantly higher, especially if inflation is persistent.

Now into that calculation, add broad and persistent increases in local taxes, the kind necessary even to attempt to maintain all of that failing local infrastructure our municipal governments built and are now responsible for. You know, the infrastructure that you depend on to have drinking water, fire protection, a way to get to work, and more.

Add an additional $50 a month in property tax—a laughable amount compared to the backlog of liabilities every city has in the ground—and that same household can no longer pay $150,000 for a home; they can only pay $143,000.

Yet, as the tax base drops by double-digit percentages, what happens to local property tax rates? We watched a mini version of this happen back in 2008, and the implications were too scary to imagine. As prices fall, tax rates go up, prompting further price reductions, and the negative feedback loop that emerges feels a lot like the endgame of the Growth Ponzi Scheme; higher taxes combined with failing services.

And this is all before unemployment starts to rise, which is an inevitable side effect of this economic shift. Go back and look at that Case-Shiller Index and recall the desperation that set in during what was, by comparison, a mild pause in what has been a historic and unprecedented rise in housing prices. Unemployment reached 10% in October 2009, technically after the country had exited the Great Recession. We’re now at 3.7%. Rising unemployment will put further downward pressure on housing prices.

This is all happening at a time when we’re trying to manage a difficult generational handoff in housing, one where over-extended baby boomers try to sell their homes to over-indebted millennials. Don’t be surprised when 50-year mortgages become the financial product of choice, an option that is essentially renting but with a modest rent control mechanism. The only thing millennials have left to give to boomers at this point is the income of their prime working years. I don’t think it will be enough, but I’ve been wrong before.

And I’ve not even gotten to the hedge fund speculators yet. Interest rates near zero is like removing gravity from the financial markets. Do it briefly and it feels kind of fun, but do it for a decade and a half, and things start to grow and morph in strange ways. Nassim Taleb, the Patron Saint of Strong Towns Thinking, recently called these “financial tumors.” If gravity is restored with market rates of interest, these tumors are not going to react well.

The speculator who could use their access to cheap capital to buy a condo unit in a hot market because they could borrow at 2% and expect property value to appreciate by 15% or greater—one of the only good investments in what is a massively overbought market—is going to have a much different outlook if prices go south. These speculators have been the marginal buyer, the ones who sets the high market price for everyone else. These investments are hard to unwind cleanly, which might not matter if price drops force margin calls.

There is a saying in investment circles that stocks take the escalator up and the elevator down. Turning housing into an investment means it will have this same kind of volatility in downturns now, despite the damage. That seems untenable, but so does persistently high inflation. We’ve had fifteen years of below-market interest rates; if we now have fifteen years where we average 8% inflation, you can keep your elevated house prices, but your $100 in groceries will now cost $317. There are no good options left.

None of this is unprecedented. In the 1980s, Japan had a massive housing bubble. At one point, the Imperial Palace in Tokyo was worth more than all of California. That bubble burst, and it has meant thirty years of economic stagnation, a declining standard of living, massive generational imbalances, and Hello Kitty. Of all the possibilities on the table, following Japan's path feels like a good outcome. It also feels kind of optimistic.

What will housing prices be a year from now? There is no way to know for sure. What we can do is acknowledge that housing markets—what should be the most localized of markets—are currently more sensitive to factors outside of your community, outside of your control, than anything within.

If there’s one urgency you feel about housing, it should be a desire to change that. We need to re-localize our housing markets and make them responsive to the capacity and desires of people within our community. Without that, we are going to struggle to build strong towns.