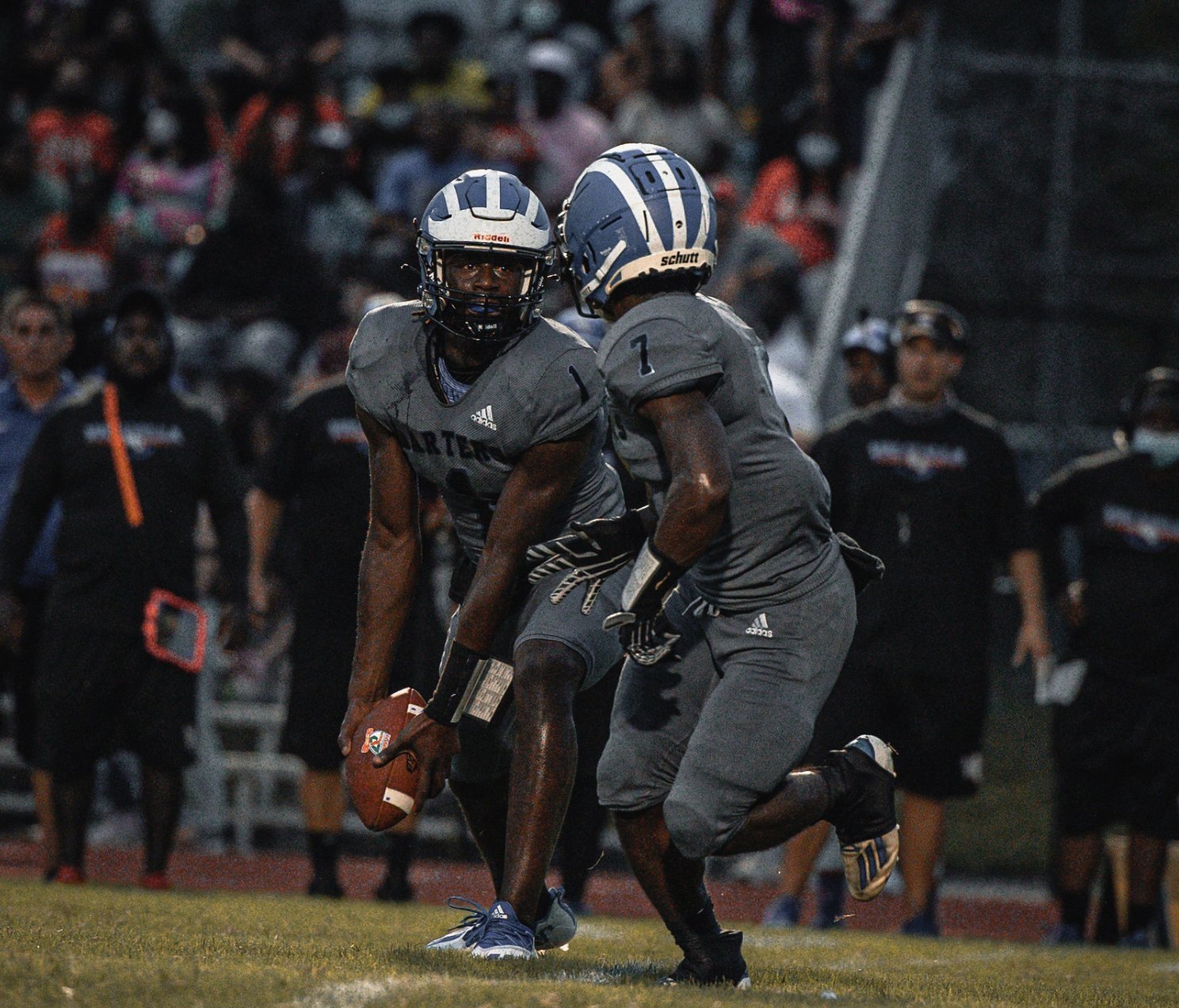 The Apopka Blue Darters and Wekiva Mustangs took to the field Friday night in week three of the high school football season. Both teams were coming off losses in week two. The Blue Darters were able to bounce back against the Dr. Phillips Panthers, while Wekva staged a furious fourth-quarter rally against the Lake Minneola Hawks that fell one score short.

An extra point in football is often an afterthought. It's anti-climactic, coming directly after a  touchdown worth six points. It's even less exciting than its cousin, the two-point conversion, which is the other option after a touchdown worth twice as much as the extra point.

But sometimes, it's the most important play of the game.

The Apopka Blue Darters and Doctor Phillips Panthers played to a scoreless tie after three quarters. It was another defensive test, one Blue Darter fans are getting used to.

Then with 10:28 left in the game, the Panthers took the lead on a touchdown run by Senior running back Seven Moorehead. The extra point, however, was blocked by Apopka senior defensive end Kaven Call.

But in the closing minutes of the game, the Blue Darters struck back.

Senior Malik Nicholson, listed as a defensive linebacker on the roster, switched to offense and rushed six yards for a touchdown with only 1:28 left on the clock.

Then junior placekicker Hayden Koscicki, who earlier missed field goals of 42 and 28 yards, drilled the extra point to give the Blue Darters a 7-6 lead, its first of the game, and the victory.

The win gives Apopka a 2-1 record despite an offense that has yet to score more than twice in any game this season. Fortunately, the Blue Darter defense has allowed only 31 points in three games this year.

The loss drops Dr. Phillips to 0-3 on the year.

It is the ninth straight win for Apopka over the Panthers, dating back to 2012.

Apopka is off next Friday, but travels to College Park in two weeks to face the 3-0 Edgewater Eagles.

On the evening of February 5th, 2017, Tom Brady and the New England Patriots found themselves trailing the Atlanta Falcons 28-3 in Super Bowl LI.

No team had ever rallied from more than a 10-point deficit in a Super Bowl, but Brady led the Patriots on five straight scoring drives that equaled 31 straight points. The last touchdown wrapped up a 34-28 victory, the first-ever overtime in the Super Bowl's 51-year history.

On Friday night, the Wekiva Mustangs were trailing 30-7 and hoping for a similar outcome, but their furious rally fell just short.

Trailing by 23 points, Wekiva scored 20 unanswered points, pulled within three, and recovered an onside kick with 33 seconds left in that game. But that's where the Bradyesque magic ended when the Mustangs threw an interception and fell to the Hawks 30-27.

The loss dropped Wekiva to 1-2 on the season, which includes two straight losses of three points or less after an opening season win.

With the win, Lake Minneola remains undefeated at 3-0.

The Mustangs travel to Winter Garden next week to face the West Orange Warriors, who are 2-1 on the season after losing to Edgewater last Friday night, 26-14.