Vaccine clinics for young kids have launched at some FL schools; OCPS to start this week 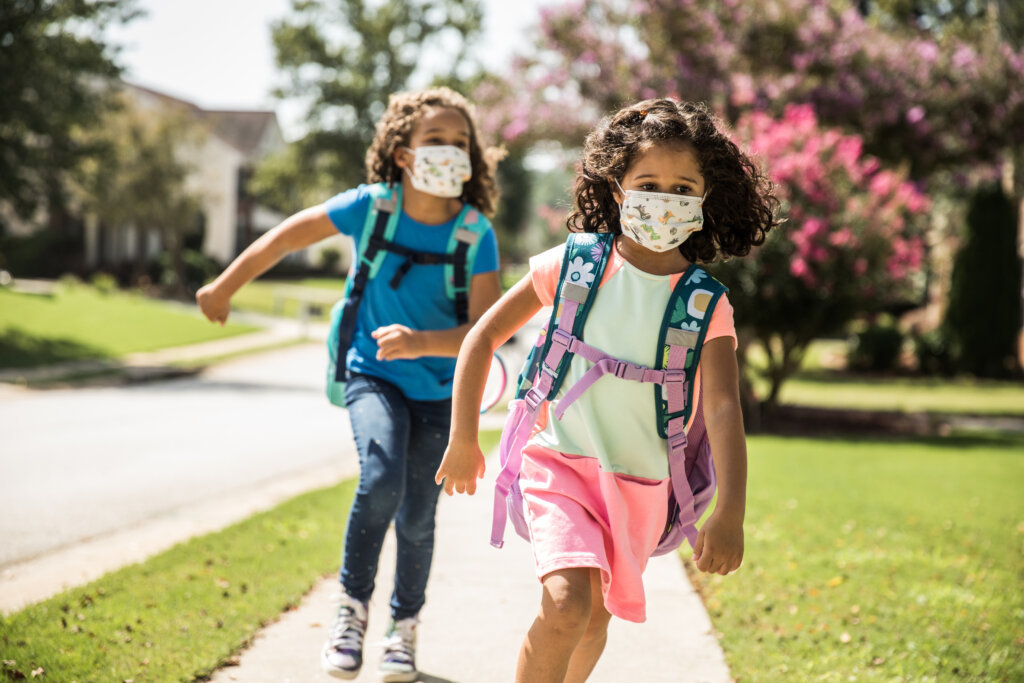 I think school districts are a logical space for parents who want to get their kids immunized.”
Andrew Spar, president of the Florida Education Association

Orange County School District will begin operating vaccine clinics this week at high schools, for children aged 5 to 11, according to its website. Parents or guardians must be at the clinics and sign a consent form.  The school district is partnering with a group called Health Hero Florida.

COVID-19 vaccines for young kids are already available through some school districts in Florida offering clinics on campuses, while others are still awaiting vials of the pediatric version of the vaccine that could offer more protection against the virus for school-aged kids and their families.

At the same time, some parents are hesitant to get their kids vaccinated.

An updated Kaiser Family Foundation report on Oct. 28 found that only 27 percent “are eager to get a (COVID) vaccine” for their children ages 5 to 11, “while a third say they will wait awhile to see how the vaccine is working.” About 30 percent will not get the vaccine.

Though the federal Centers for Disease Control and Prevention (CDC) last week gave a green light to COVID-19 vaccines for young kids, families will need to make decisions about the shots and the vaccine supply needs to branch out to the public.

At this juncture, the rollout plans vary.

Although vaccine sites have not been fully launched in all school districts, the Palm Beach County School District began offering shots in arms to kids ages 5 to 11 last week.

The school district is offering the two-dose shots through a partnership with the Health Care District of Palm Beach County, instead of the Florida Department of Health in Palm Beach County.

“It’s an exciting time as this is one of the final major milestones in our vaccination efforts countywide,” Belma Andrić, the Health Care District’s chief medical officer, said in a written statement. “Vaccinating young children will bring a sense of relief to many parents and we hope to make it easy and convenient for them.”

Orange County School District will begin operating vaccine clinics this week at high schools, for children aged 5 to 11, according to its website. Parents or guardians must be at the clinics and sign a consent form.  The school district is partnering with a group called Health Hero Florida.

The school district in Broward County, along with the Broward Health Department, will begin operating clinics for young children starting this week at several elementary and middle schools.

“Parents will receive details directly from their respective schools,” Keyla Concepcion said in an email to the Phoenix. “Vaccination is voluntary and requires parental consent.”

Pasco County Schools hasn’t launched any clinics for pediatric vaccines, according to spokesman Stephen Hegarty. “We are in discussions with providers,” he said in an email. “At this time no plans.”

Andrew Spar, president of the Florida Education Association, supports school districts offering vaccine clinics at school campuses, similar to when they were launched at some schools for adults and other eligible groups.

“I think school districts are a logical space for parents who want to get their kids immunized,” he said in a phone conversation with the Florida Phoenix. “I think they should continue that trend.”

Many pharmacies throughout Florida, such as CVS, Publix and Walgreens, have begun accepting appointments for youngsters to get vaccinated. The federal government has a website dedicated to helping people find vaccine locations for children, according to vaccines.gov.

The U.S. Department of Health and Human Services has been sending vaccine supplies for that age group to all states to administer doses at clinics, pharmacies, and health centers, according to the Biden administration’s plan.

The Associated Press reported that the Biden administration also plans to send a letter to elementary schools across the United States next week to urge them to host clinics.

Federal health authorities have prepared to support vaccinations for the nation’s 28 million children in the age group of 5 to 11, according to a press release from the White House. In Florida, there are about 1.6 million kids in that category, according to data from the Florida Department of Health.

Meanwhile, the doses for children ages 5 to 11 will be different from vaccines approved for those 12 and older, as previously reported by the Phoenix. Smaller needles and doses will be given to children below age 12.

Some pediatricians in Florida are awaiting the arrival of the pediatric vaccines, said Margot Winick, spokesperson for the Nemours Children’s Health in Florida. And they say parents had initially expressed interest in vaccines for their 5 to 11-year-olds, ahead of the holiday season.

“We are ordering from the state and expect to see the Pfizer vaccines for children 5 to 11 later this week or next week,” Winick said in an email. “Nemours Children’s Health is planning to offer them to our patients in our primary care offices.  More details for patients will be communicated this week.

“Now that children 5 – 11 can get the Pfizer COVID-19 vaccine, parents may be wondering where they can take their children to get vaccinated. The vaccine is not immediately available at all locations, as it is currently being shipped from Pfizer to providers.

“According to the CDC, distribution has begun across the nation. Retail pharmacies, pediatrician offices, and other providers will be able to order the vaccine in the coming days.

“The best website to check is vaccines.gov for locations where the vaccine is available.

“No county health department in the West Central Florida region (Citrus, Hardee, Hernando, Highlands, Hillsborough, Manatee, Pasco, Pinellas, Polk, and Sarasota) has received the vaccine at this time. As the vaccine becomes available, additional announcements will be made.”