Log in
Brody Corbett takes on the Appalachian Trail

Update: 700 miles into his journey but challenges await 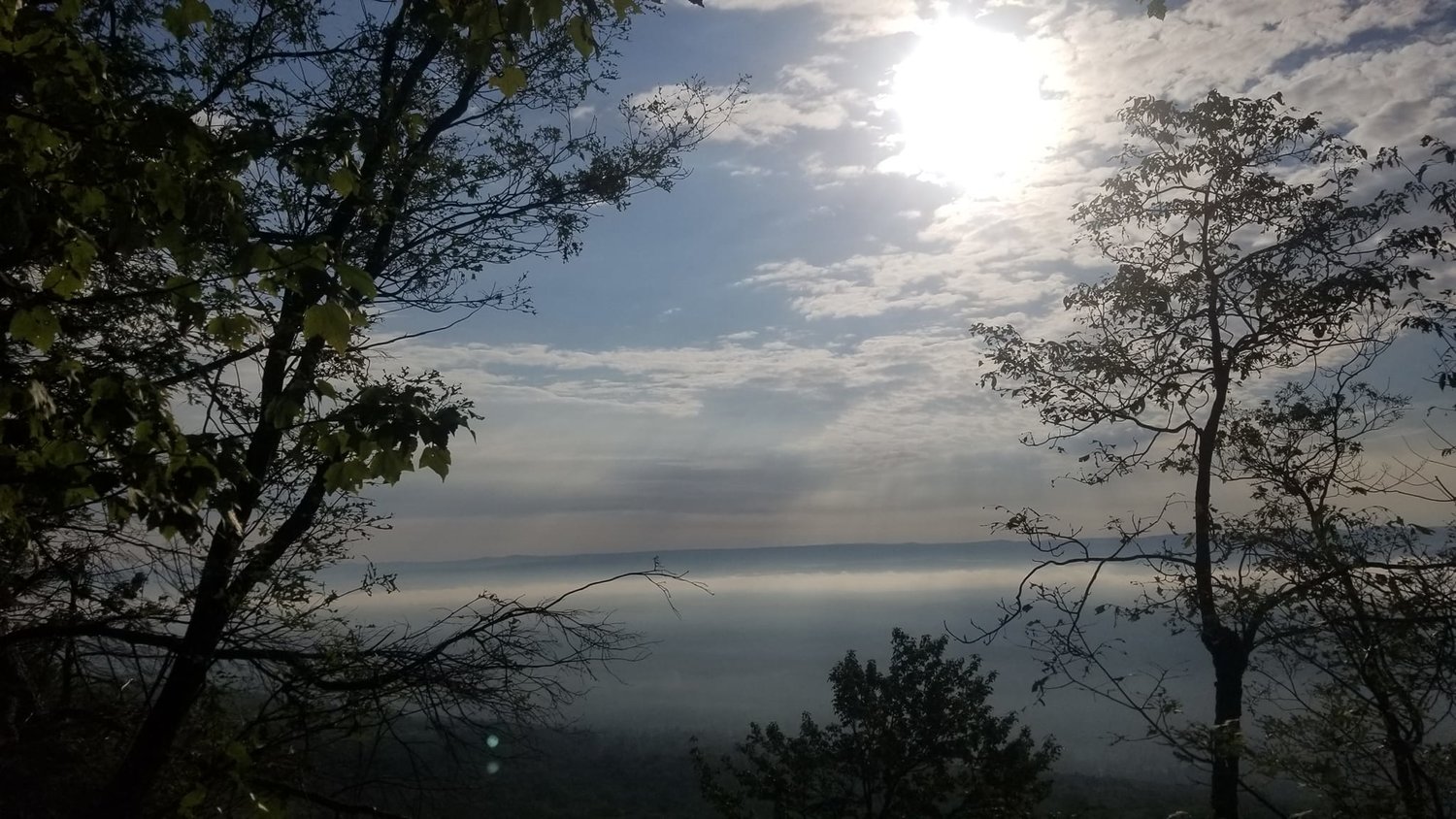 The Appalachian Trail is a 2,100 mile path through nature that is the scenic tapestry of the Appalachian Mountains. Its beauty and splendor are both awe-inspiring and breathtaking.

But there is also a harsh reality to traveling 2,100 miles by foot.

Hiking the entire AT is a grueling and demanding endeavor. It requires physical stamina, mental toughness, and determination. The terrain is almost entirely mountainous, some parts are jagged and uneven, with elevation gains and losses equal to hiking Mt. Everest from sea level and back 16 times.

Brody Corbett is a 2022 Apopka High graduate who is challenging the trail. He started his thru-hike in Daleville, VA on June 3rd, and is now in Connecticut - 700 miles into his journey. Thats about one-third of the way, but he has already began to settle into the daily routine and challenges of the AT.

Brody's mom Misha thinks the word "hike" may need a new definition after hearing about her son's encounters on the Trail.

"From my perspective, it is a lot more difficult than I imagined," she said. "Far more rocks and actual climbing (not what I pictured when people say "hike" the Appalachian). I am amazed by his attitude and perseverance. It is really incredible for a human to go out and accomplish each day in an environment that can be so punishing both physically, and I am sure mentally."

Brody is also surprised at the difficulty this "hike" entails.

And one of the challenges Brody featured is something we take for granted - water.

"The hardest part right now is having to carry so much extra water or having to cross your fingers that a stream hasn't dried up," he said. "Usually you fill up your water bag at the last stream before you get to camp and carry that to camp so you have water for food and to drink. But because most camps have no water right now, that means carrying extra water for like two to five miles" 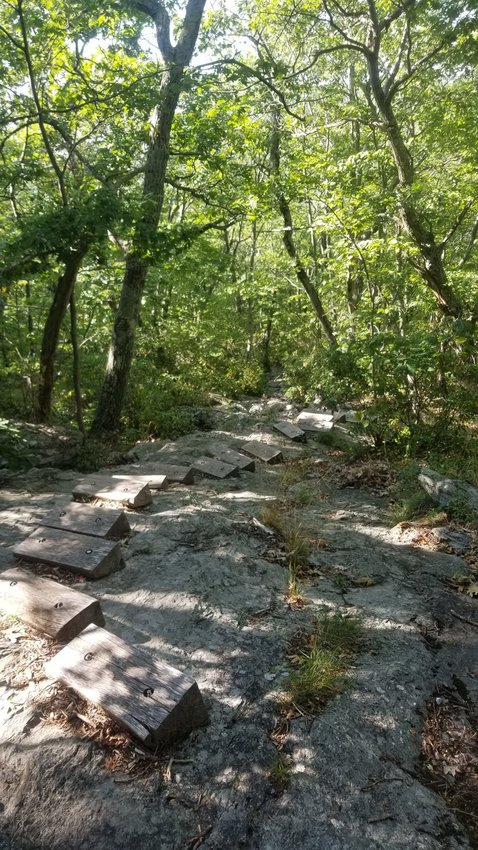 ...sometimes the terrain is jagged and inconsistent

According to Misha, Brody usually carries two 1-liter bottles of water. But he also has a 2.25-liter bag as backup that he also carries filled if he knows water is not available. Many water sources are dried up now. But sometimes people that maintain the trails known as "trail angels" will leave gallon jugs of water at trail heads.

There is also potential danger on the Trail that extends beyond water supply.

According to Misha, Brody uses an app called FarOut. It includes trail maps and real time details about trail conditions including shelters on the Trail, water sources and possible hazards for hikers.

"At one of the camp sites there were reports of a person slashing hikers stuff with a knife," she said. "Brody skipped that camp and hiked forward to the next." 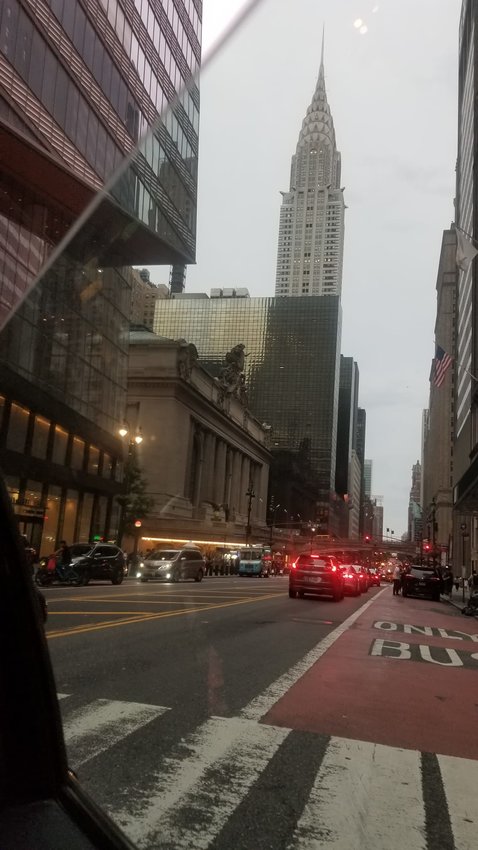 Brody even had the opportunity to take a tour of New York City.

"Hiking with the group of people has been my favorite part," he said. "It makes hiking the trail more enjoyable. You get to suffer and see the sites and joys of the trail together"

The trail family is a group of people he met on the AT, and they go by creative nicknames like Casserole, Newfound and Clementine Rage. Brody was dubbed Floridian Jones by a mother/daughter duo. Most people call him Jones. It's a nod to the hat he wears. Everyone on the AT goes by their hiker name, usually given to them by other hikers.

During the summer months, it's sometimes too hot to hike through the day hours. In these instances, Brody will hike in the morning, take a long break midday and then finish his miles at dusk and in the dark.

But bigger challenges than temperature lay ahead.

Soon, Brody will be in New Hampshire and hiking in the White Mountains. After that it's another significant test - Mount Washington.

Mt. Washington is known as the place with the most extreme weather in the world. The lowest recorded temperature at the summit was -47 degrees, while the highest was +72 degrees. Mount Washington holds the world record for the highest wind gust of 231 mph recorded on April 12, 1934.

But always the mom, Misha is taking precautions for Brody's encounter with Mt. Washington.

"He should be there in approximately two weeks," she said. "I'm mailing a box to a trail angel that will meet him at a trailhead to supply him with a hat, gloves, protection for his face and thermals."

Editor's Note: The Apopka Voice will update Brody's progress on the Appalachian Trail with occasional articles and features throughout his journey. Currently, he is 68 days and over 700 miles into his thru-hike, which takes approximately six months and is 2,190 miles long.

To read part one of Brody's journey, go here.