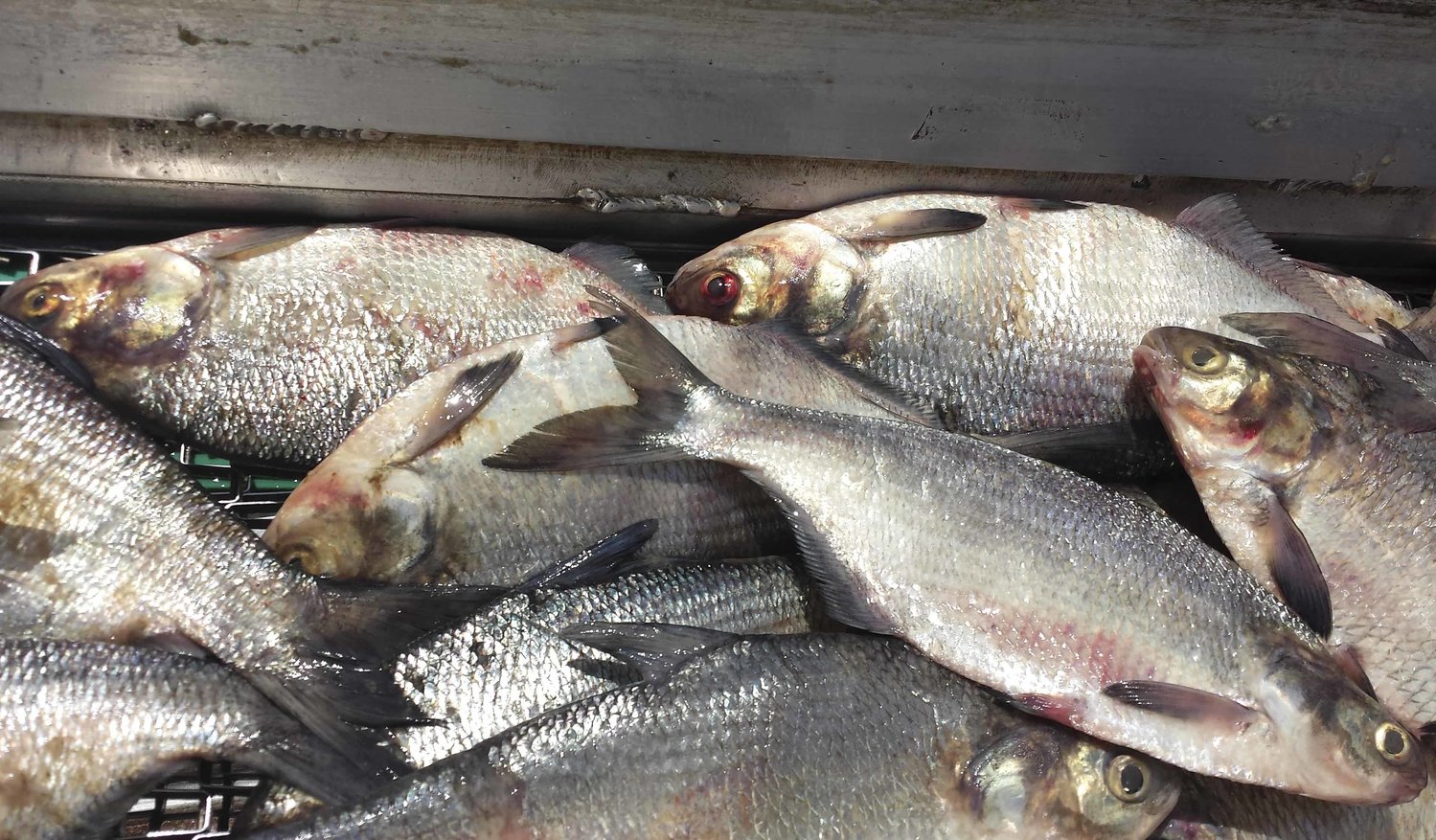 “Our focus remains centered on projects that bring us closer to our goal of restoring the lake’s ecosystem,” said St. Johns River Water Management District Executive Director Dr. Ann Shortelle. “Working in tandem with other restoration projects at the lake, the rough fish harvest produces great results that are pointing to improved water quality at Lake Apopka.”

Although Lake Apopka still has a need for restoration, improving water quality has been observed. Growth rates for bass and crappie in Lake Apopka are among the highest in Florida. (Photo credit: Florida Fish and Wildlife Conservation Commission)

Gizzard shad are a native fish found in most Florida waters. Large numbers of gizzard shad may contribute to nutrient recycling by stirring up bottom sediments during feeding. Removing large numbers of undesirable fish from a waterbody also removes the nutrients in their bodies, which helps improve water quality.

It’s expected that 1 million pounds of undesirable fish, mostly gizzard shad, along with some tilapia, gar and invasive armored catfish, will be harvested during the season, which began in late October and runs through the beginning of 2018. For every 1 million pounds of fish caught, about eight thousand pounds of phosphorus are removed. The district pays $0.58 per pound to harvest, process, and transport the inedible fish, which are eventually used as bait for crayfish and crabs.

The district has used the low-cost nutrient removal technique of reducing undesirable fish populations in various waterways since 2003. Last season, about 985,000 pounds were removed from Lake Apopka.

The fish harvest had been previously used at Lake Griffin. In combination with other nutrient removal projects and technologies, the work was successful enough that water clarity improved, and submerged aquatic vegetation and game fish returned.