Three Odd Guys Brewing: Building a community one beer at a time 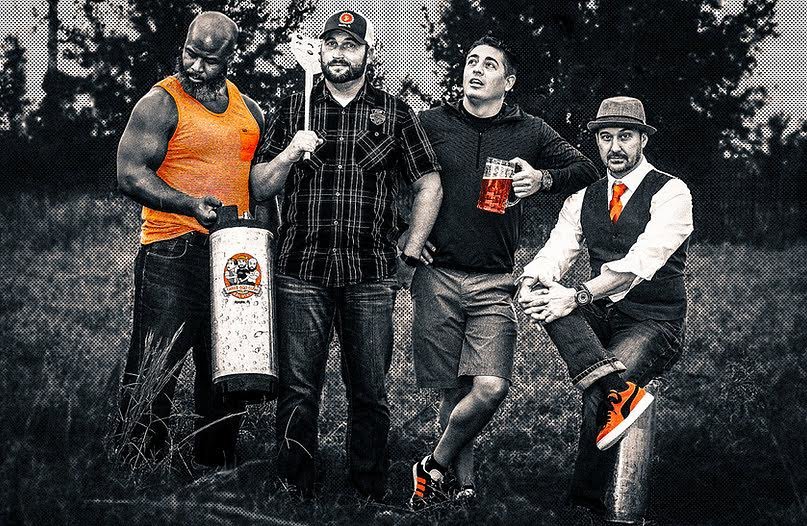 By Tristan Robinson, Interning Correspondent for The Apopka Voice

They were just a few close friends with a fun idea.

Born in a garage on Emerald Cove Boulevard in Apopka, these friends decided to try brewing as a hobby... so they got together on weekends to craft new beers.

Led by Josh, they started creating some classic beers.

“When you first start making beer, it's daunting," says Phillip Deems. "The process, in the beginning, is cumbersome. Your first couple of brews might not turn out exactly how you want it. But Josh got really good at experimenting and being able to make unique beers. It is all about the details. Taking notes, tweaking the notes, and learning as you go along.”

As they got more and more proficient with the brewing process, they started sharing it with their friends and other neighbors, turning their garage beer into a local treat. Soon they were hosting parties at their houses, and building a community around their brewing. The only downside was not being able to sell the beer because they did not have a license.

After a while, they realized that people enjoyed their beers and that it was bringing people together, making their community closer. So they decided if they were going to keep doing this, why not do it at a place everyone in Apopka could come and enjoy!

And so, the Legend of the Three Odd Guys Brewery was born.

With this in mind, they set out to build their dream brewery right here in downtown Apopka. It wasn't easy, but together they were able to make it work. Each of the members of the team brought a different necessary element to the table in building the brewery.

“Josh has a day job where he works with home builders. Chris is a training director for restaurants. Trod is a financial guy, and I run an advertising agency," said Deems. "Each of us was a piece that came together to make the puzzle of Three Odd Guys Brewery.”

All four are co-owners in the venture.

Now in full swing, Three Odd Guys Brewery is brewing with four five-barrel unit tanks that are able to produce not only enough beer for the brewery, but also enough to distribute to bars and restaurants across Florida.

While it is a brewery, Three Odd Guys have also made it their mission to make sure their business is family-friendly, putting a priority on the community experience and giving the customers a place they can come with their friends or kids to relax at the end of the day.

“One of the things that is important to us and the city of Apopka is Family time," Deems said. "We wanted to make sure we were family-friendly, so if mom and dad wanted to come out and have a beer, they could bring the kids with them. We have games and plenty of room. All we ask is that the parents keep an eye on their kids, but frankly, we want the families in here.”

With a newly installed pizza oven and gourmet mac and cheese or sub sandwiches, there is more than enough food to keep the kids satisfied as mom and dad relax with a nice cold beer.

But there is more than just food and beer!

Three Odd Guys host events every day of the week. Each day brings a different event such as trivia Tuesdays, Bingo on Wednesday, or sensational Sundays.

“We wanted Apopka to feel like this is their brewery," said Deems. "A place they can come with their friends or family and feel like a part of the community.”