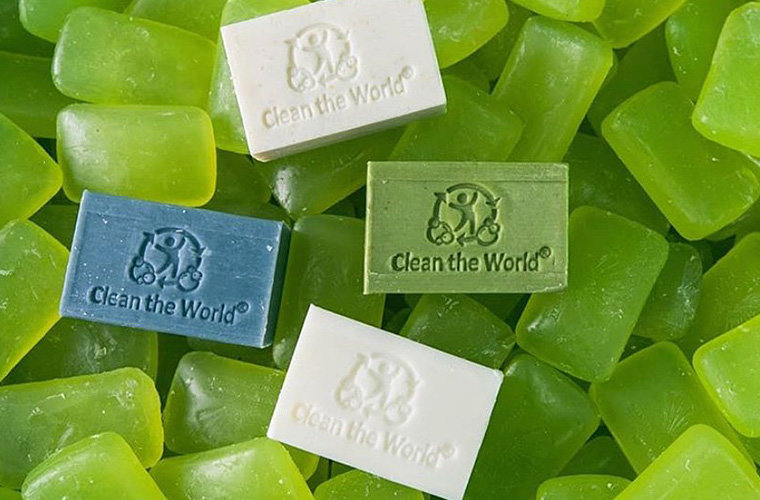 One of the first things many of us do when we settle into a hotel room is reach for the packaged bar of soap on the bathroom counter.

These soaps are the single most-utilized amenity at hotel chains: 86% of guests who stay at a hotel for 1-2 nights use it, handily outranking other popular offerings like the in-room TV (84%), hair dryer (36%), and valet parking (28%).

Hotels take great pride in selecting their toiletries, and invest a tremendous amount of time and money into finding the right brand partners.

One man, a pickle bucket, and a potato peeler

The thought first struck Shawn Seipler in 2008 while staying at a hotel in Minneapolis.

Seipler was a road dog. A technology executive, he spent 150 days per year in hotels on business trips. And one night, after a few room service cocktails, he wondered what became of unused hotel room soap.

So, he called the front desk and asked.

Seipler did some back-of-the-napkin math and realized that millions of bars of perfectly salvageable soap were going to waste.

“I couldn’t stop thinking about that,” Seipler told The Hustle. “And I decided I had to do something about it.”

A few weeks later, in his hometown of Orlando, he walked into a Holiday Inn and asked if they’d be willing to part with their unused soap. The general manager happily complied, and Seipler left with a giant bag of half-used toiletries.

Armed with thousands of bars of soap, Seipler and a few friends set up a small “workshop” in a single-car garage in downtown Orlando.

The group sat on upside-down pickle buckets and scraped the outside of the soap bars off by hand with potato peelers, pulverized them in a meat grinder, melted them down in Kenmore slow cookers, poured the mixture into soap molds, dried it overnight, and cut it up into new bars.