The revolution continues in Apopka politics 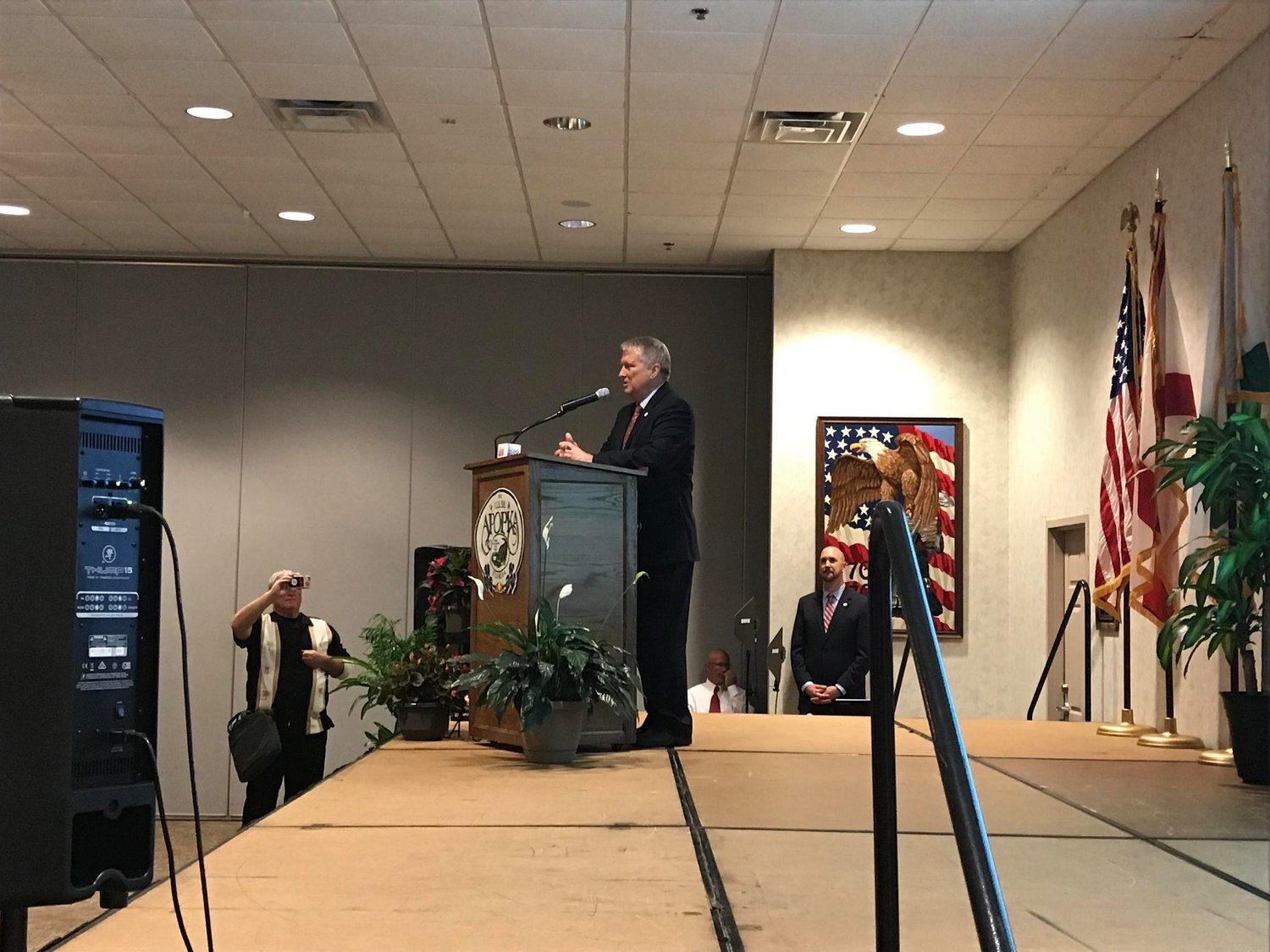 "It's a great thing in America that we get to peacefully overthrow the government every four years."

Apopka seems to have an appetite for peacefully overthrowing its government in recent years.

In 2014, Mayor Joe Kilsheimer, Commissioner Sam Ruth, and Commissioner Diane Velazquez swept into office, taking hold of the City Council and creating what they called "a cohort of sorts." After defeating Mayor John Land, in office for over 50 years, Kilsheimer believed he had a mandate to create more jobs, have better transparency in government, and get the city ready for growth. It was without a doubt Kilsheimer's City Council to lead.

A revolution of sorts.

Kilsheimer was hammered pretty hard in this election cycle by Mayor Bryan Nelson and his supporters for raising taxes, lawsuits against the City, and depleting the general fund reserves to name just a few, but he pushed back by pointing out the accomplishments made during his term in office. In his final Mayor's Report during last week's City Council meeting, he listed improvements to Apopka that he believes will positively impact the community for years to come:

The City Center deal is in place and construction is slated to get underway later this year.

The New Errol Project now has zoning approval and the development team is moving forward with the next step.

The Apopka Fire Department has maintained its ISO-1 rating and has expanded with two new fire stations.

The Apopka Police Department is accredited for the first time in its history.

A $60-million upgrade to the city’s wastewater plant is well underway and on track to open phase 1 in September.

A successful summer youth employment programs in the State of Florida.

The re-building of Lake Avenue Park.

It's a significant list, but it wasn't enough to stop the political tsunami that crashed into City Hall on March 13th with Nelson riding its wave to victory with 63.4% of the vote. So in 2018, Apopka swept three new candidates into office - Nelson, Commissioner Alice Nolan, and Commissioner Alexander H. Smith.

In the words of baseball great Yogi Berra, it was Deja Vu all over again.

"You say you want a revolution

We all want to change the world

Nelson, Nolan, and Smith all ran on specific issues - budget management, increasing the general fund reserves, and abolishing the red light camera program, and Nelson believes he has a mandate, and it is clear that this will be his City Council to lead.

Welcome to the new revolution Apopka.

Yesterday was a good day. Over 500 people attended the oath-of-office at the VFW/Apopka Community Center at noon on a working day. Apopka is excited to see this new City Council take action, and it showed at the ceremony. Nelson, Nolan, and Smith all gave emotional, hopeful and inspiring speeches. They too are excited to get started.

You say you got a real solution

We'd all love to see the plan"

But at some point, the honeymoon period is going to come to an end. There are a lot of issues left on the table, and a lot of promises to be kept.

Nelson vowed to increase the general fund reserves in the budget, and abolish the red light camera program. Those are two promises that run in opposite directions, and this Council has no appetite for raising taxes, which likely means they will need to take a scalpel (or possibly an ax) to the Apopka Fiscal Budget for 2018-19. They also need to decide on the Alonzo Williams Park renovation project, resolve the Community Redevelopment Agency's recent approval of an Apopka Police Department proposal and continue to advance the New Errol, City Center, and Wastewater Treatment Plant projects to name just a few. There also seemed to be dialogue in the campaign to annex South Apopka - a topic near and dear to Commissioner Smith's heart.

Nelson still needs to hire a Finance Director, name a new board member at the Lake Apopka Natural Gas District, and decide on which current department heads will be a part of his team going forward.

It's a full plate of issues for this new City Council, which after Apopka voted-out six straight incumbents is stocked with five first-term members. Will they rise to the occasion? Will they be victims of a seemingly permanent revolution in Apopka? The 2018 Apopka election cycle is officially over, but 2020 and 2022 are just around the corner.

However, after a record-turnout election and a packed house at the oath of office ceremony, it's clear this City Council has the support of the community to lead Apopka. In his speech, Nelson asked for patience and promised to make its residents proud. I believe they will give him the former and expect the latter.

Nelson begins his first full day in office today, the City Council holds its first meeting on Wednesday, May 2nd, and budget workshops are traditionally held in the summer.

Congratulations Mayor Nelson, Commissioner Nolan, and Commissioner Smith. You ran great campaigns, you created a lot of excitement and Apopka is behind you. But now, in the words of Nolan in her speech yesterday, 'it's time to get to work.'