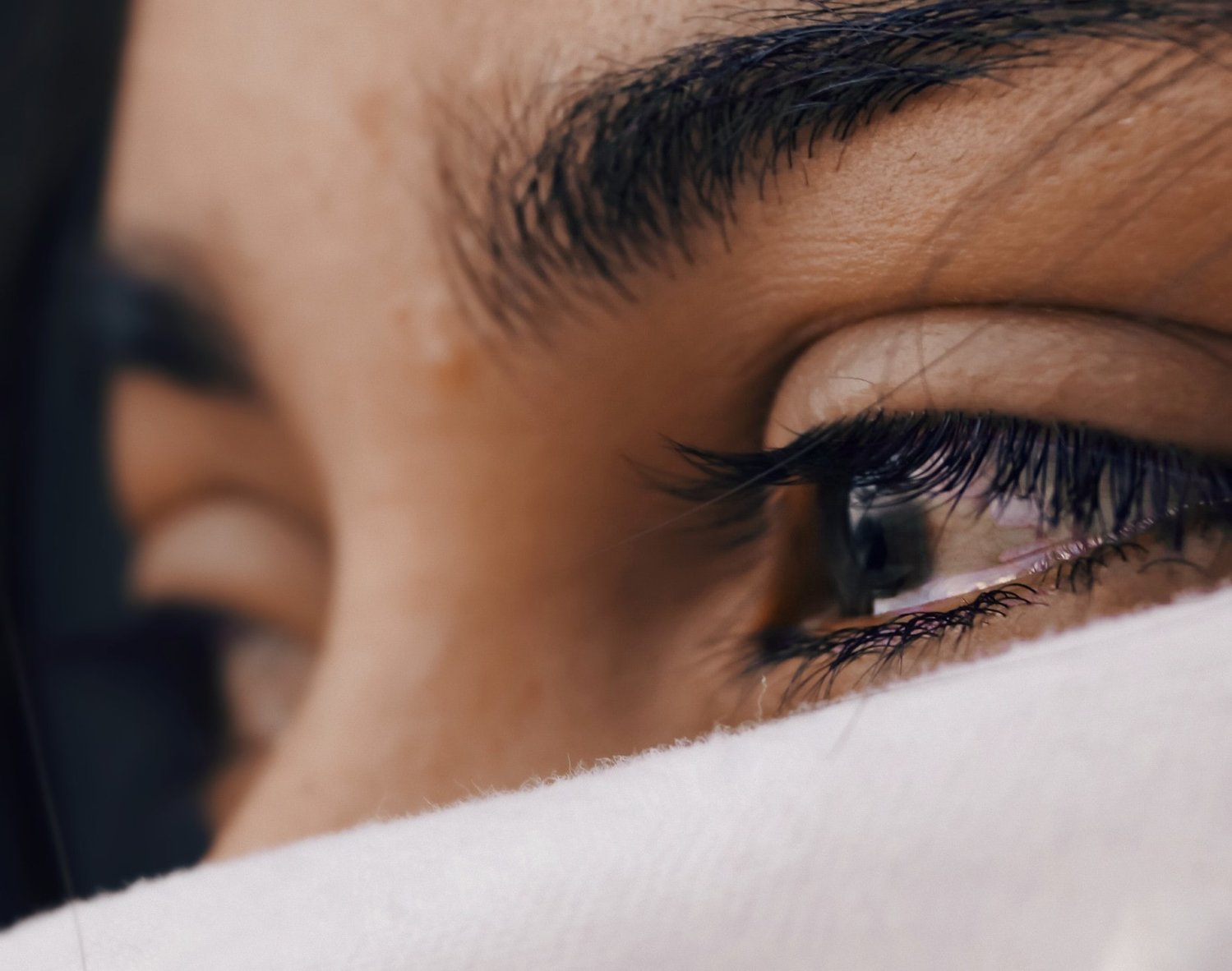 Our expectations are often not met in the way we think they will be. Learning to be more open-handed with your expectations of others, yourself, and life  will bring more peace.”
8 Key Tips

1. Let go of your emotional energy

3. Decide what you’re going to do next

5. Get perspective on setbacks

6. Be kind to yourself

8. Reassess your criteria for success

At some point in your life, things are going to go wrong. And by “wrong,” we mean really wrong. You might be floating along blissfully and then, all of a sudden, disaster strikes out of the blue like a freight train. Somebody could die, your marriage might end, or you could discover that you have a terminal disability.

When life knocks you down, it helps if you have a template in place for how to respond. Things aren’t going to always be hunky-dory, going precisely how you’d like. What’s important is knowing what to do next. In this post, we take a look at some of the faith-based tools you can use to come back from one of life’s disasters even stronger than before.

Find a way to let go of your emotional energy

When disaster strikes, many people clam up, unable to really face what’s happened to them. They bottle up their feelings, hoping that the emotional energy will eventually go away. It rarely does.

Common emotions include grief, frustration, sadness, and anger. Some people can also feel confused, not understanding how something so tragic could strike them.

Dealing with extremes of emotion is always challenging. But the key here is to allow them to vent. If you don’t let them up, they’ll circle around, finding other ways to come out.

Healthy processing usually involves talking to a counselor. You can also meditate quietly on the Word, remembering what your faith says about life, death, and eternity.

Remind yourself that death isn’t the final word. It’s not the end of the story. Also remind yourself that failure isn’t fatal. Even if things seem to be falling apart in your life, old endings often become new beginnings. One seamlessly blends into another.

When things go wrong, you might experience many of the emotions described above. You could feel frustrated, angry, sad, depressed or confused. It’s all normal.

Unfortunately, these emotions can become a source of further pain if we are not kind to ourselves. We may feel like we need to put on a strong front or, for some other reason, not accept these sensations, and that can morph into self-attack. We might aggressively ask ourselves why we feel so bad, and then use that to call ourselves “weak.”

The trick here is to be patient with yourself. Take your time. Don’t feel like you have to force yourself to suddenly feel better. Instead, allow your emotions to unfold naturally without judging them. Don’t allow your mind to make the situation worse than it already is. Just accept that being a human being often comes with strong feelings of emotions. And that’s okay.

Remember, not even the most intelligent people can blaze a trail through life and have success in all they do. Many remain like hidden sprouts who do not rush to early ripening.

Decide what you’re going to do next

When it comes to life disasters, you have three options: let go, try again, or pivot.

If you’re staring down at people you love in caskets, then there’s not much you can do. It’s time to let go.

Similarly, if a relationship has run its course, you've tried all the reasonable solutions, and there’s no saving it (ie, because one of the partners has cheated and is now living with somebody else), again, it’s time for new horizons.

However, sometimes, letting go isn’t necessary. In many cases, you can just try again.

For example, let’s say that your first business doesn’t quite work out. It doesn’t matter. Nothing is stopping you from starting up again and trying something new.

Or, if your dating life is a bit of a disaster and a date doesn’t go the way that you want, you don’t necessarily have to give up. There are always more opportunities to meet somebody with whom you can have a connection.

If you feel like you’re banging your head against a brick wall but you’re keen on your direction, then it’s time to pivot. When you pivot, you’re accepting a slight course correction, but you’re still putting your all into whatever projects you want to complete. You’re not giving up, just approaching issues from a slightly different angle.

When things go wrong, usually there’s a lesson you can learn. Instead of blaming others or becoming depressed, be matter-of-fact about your failures and what you could do next time to improve.

Let’s say, for instance, that you lost your job. Is it entirely your boss’s fault? Or could you have done something to stop the company from going under?

If your marriage failed, was it entirely your spouse’s responsibility because they had an affair? Or could you have behaved better and added more value to your partner’s life?

Being honest about your limitations is never pleasant. However, it is a powerful tool to prevent the same situations from cropping up in the future.

Don’t view setbacks as being a part of your character

No successful person in history plotted a straight line from mediocrity to abundance. Practically everyone who was anyone had to fight through pain to get to the top. Most failed along the way. And some people who might have been successful just got unlucky, and we never heard about them.

Setbacks and failures don’t mean that you’re unworthy or not good enough. Instead, it just means that something went wrong in your plan. It’s nothing personal. The universe isn’t like that.

Just track back to your goals and think about what’s important to you. If peace and quiet are dearest to your heart, it doesn’t particularly matter if you’re not succeeding financially or your relationships aren’t working out how you’d hoped. That’s okay.

Be kind to yourself

Most people are their own worst enemies. They are critical of themselves – more so even than the people who hate them. Over time, these negative thoughts can drag you down, making you feel like you’re a bad person.

Being kind to yourself is more of a skill than you might think. Our brains didn’t evolve to make us happy; they evolved to help us survive. So if you feel bad or engage in negative self-talk, that’s mostly just your biology working against you.

The process of inner engineering is about letting go of all this and using your mind to benefit you. People with the skill can make themselves feel blissful on command, changing their state, making it far easier for them to navigate the world successfully.

If you’re beating yourself up, ask yourself why. Is it necessary? Life is too short to spend it in a state of internal pain. Look for ways to use your negative experiences to grow and adapt as a person. If you take the path of growth, you’ll come out the other side a happier and healthier human being.

Stop expecting so much from life

Many people believe that they have to have it all in life to feel satisfied. But the truth is that this is rarely the case. There are plenty of people with millions of dollars and loving families who feel miserable. Robin Williams is a good example. The Hollywood actor was respected by his peers, had millions of loving fans, and plenty of money in the bank and yet, because of his internal state, he still wound up committing suicide. That’s the sort of existence that you want to avoid. If you’re successful and you’re still not happy, something in your life has gone wrong somehow, and it's time to figure it out.

Don’t expect too much from life. Many of the things that you think you need from your existence are just things that other people have told you that you should have. When you learn to focus on your center, you realize that life itself is enough. When you’re glad to just be here, everything else is a bonus.

Remember, our expectations are often not met in the way we think they will be. You probably aren’t in a relationship with the person you expected to get. You probably don’t have the job you imagined that you’d have. Your finances are unlikely to be what you predicted. Everything in your life is in a state of constant chaos and flux, so what sense does it make to have rigid expectations that you can’t fulfill?  Learning to be more open-handed with your expectations of others, yourself and your life  will bring more peace.

Reassess your criteria for success

Think carefully about what success means for you personally. Not what it means for other people, but the form it takes for you.

When difficulties come along in life, we quickly jump to the conclusion that we’re failures. It’s incredibly easy to do. But try to look at your life more holistically. Ask yourself whether your internal dialogue is really fair.

Suppose for instance that you develop romantic feelings for a friend but they don’t feel the same way. That’s okay. It happens all the time. It’s a situation you can pivot off. Just because they don’t like you, someone else will.

Life isn’t an all-or-nothing game. There are always hidden mercies in everything that happens to us. It’s just a question of finding them.