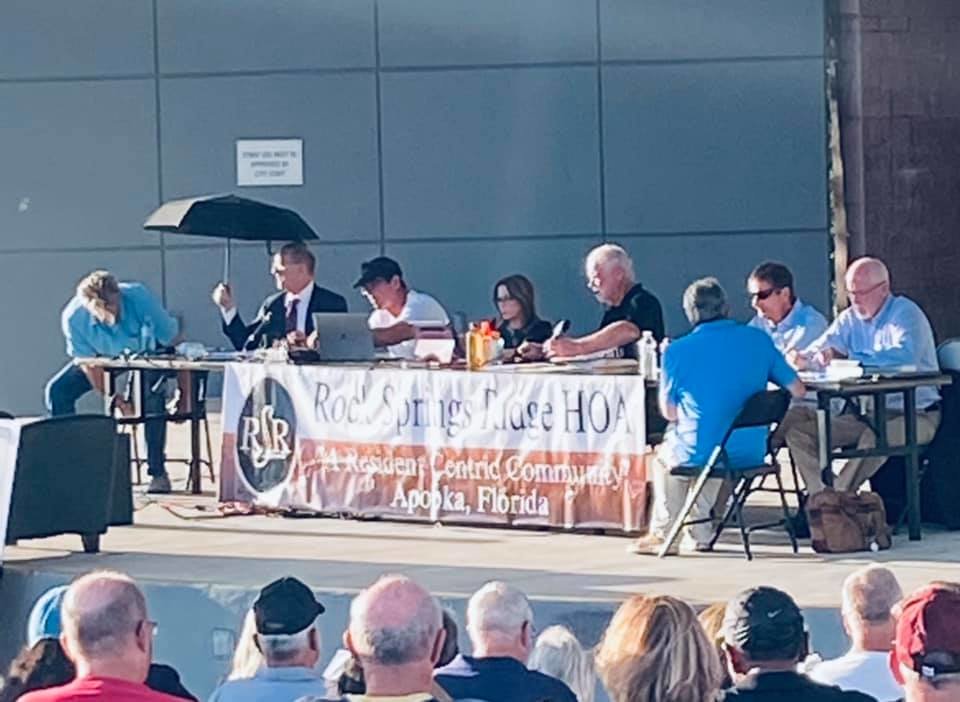 But does it secure the purchase of the RSR golf course lands?

Homeowners in Rock Springs Ridge voted 571-123 in support of a proposal by its Homeowners Association to sell a 51-acre parcel of land on Kelly Park Road owned by the HOA and labeled as a "gopher tortoise conservation area" in multiple documents and in signage around the property.

The vote was concluded on Monday night at the Apopka Amphitheater.

According to a mailer sent by the RSR HOA along with the ballot, the prospective buyer is Eloise Holdings LLC of Davenport, FL - owned by Dr. Wade Foster. Foster's offer for the property is $5.5 million. 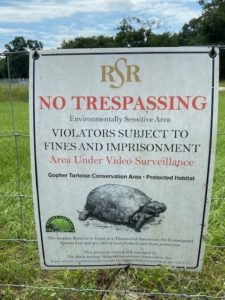 The no trespassing sign hanging on the fenced-in area of the gopher tortoise conservation area on Kelly Park Road.

The sale of the gopher tortoise conservation area lands would be the first step by the HOA in an attempt to get control of the RSR golf course lands owned by the Golf Group. But it would certainly not be the last, despite statements posted on the Rock Springs Ridge Homeowners Association website.

"Our community’s future is in our hands!" The website states. "We are excited to announce that the RSR HOA now has the option to purchase the golf course, debt free, through the sale of the 51-acre outparcel on Kelly Park Road. This action will alleviate the unwelcome possibility of future development on the golf course, avoid costly legal fees AND put millions of dollars into our reserves. By owning the golf course, this cherished open green space will be saved; it will be resident owned and regularly maintained. Going forward, these 320 acres can be enjoyed by all residents, adding value to our entire community of homes. Rock Springs Ridge has the opportunity to have amenities and a place to gather as neighbors and friends. We have a chance to change our future and establish our neighborhood." 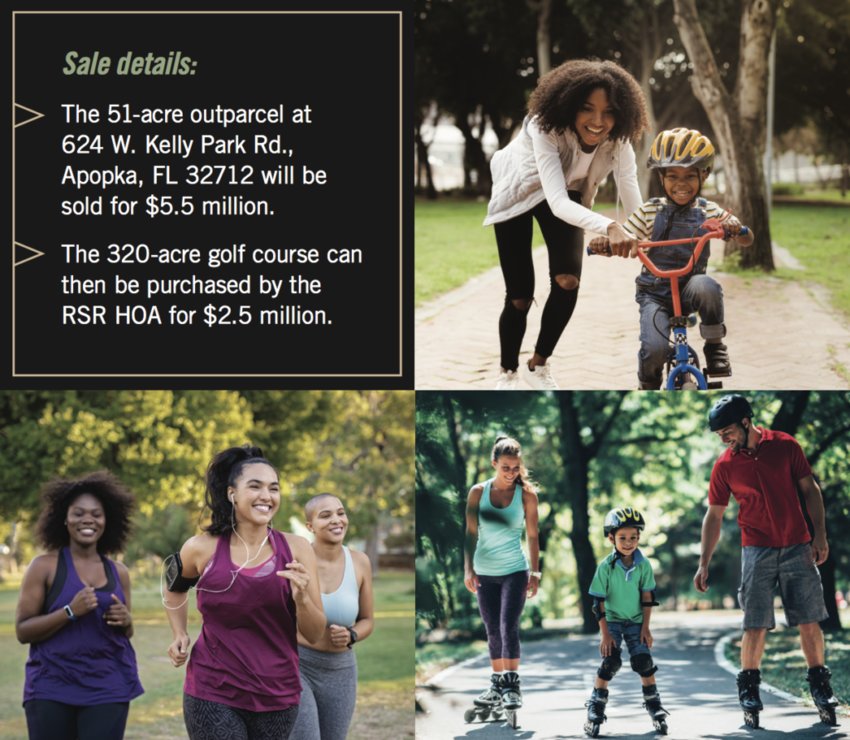 On its site, the RSR HOA claims that once the 51-acre outparcel at 624 West Kelly Park Road is sold for $5.5 million, the 320-acre golf course can then be purchased for $2.5 million. There is no such deal, however, unless the City of Apopka trades a parcel of land it owns on Harmon Road to the Golf Group. And that part of the deal is very much in question.

Also on its site, the HOA makes this claim:

But the Golf Group has accepted no deal to sell the golf lands for $2.5 million to the HOA.

In order to buy the golf course lands, the HOA would still need the City of Apopka to trade a parcel of land on Harmon Road to the Golf Group for $2.5 million, and then have the city sell the golf course lands to the HOA for the same price. That part of the deal, however, is very much in question.

"Our community voted yes to selling the property, but whether we get the golf course is still unclear," said RSR resident Rogers Beckett. "There aren't any written agreements with the Golf Group and City of Apopka to swap their properties and ultimately I believe this deal is going to trade between $4-5 million."