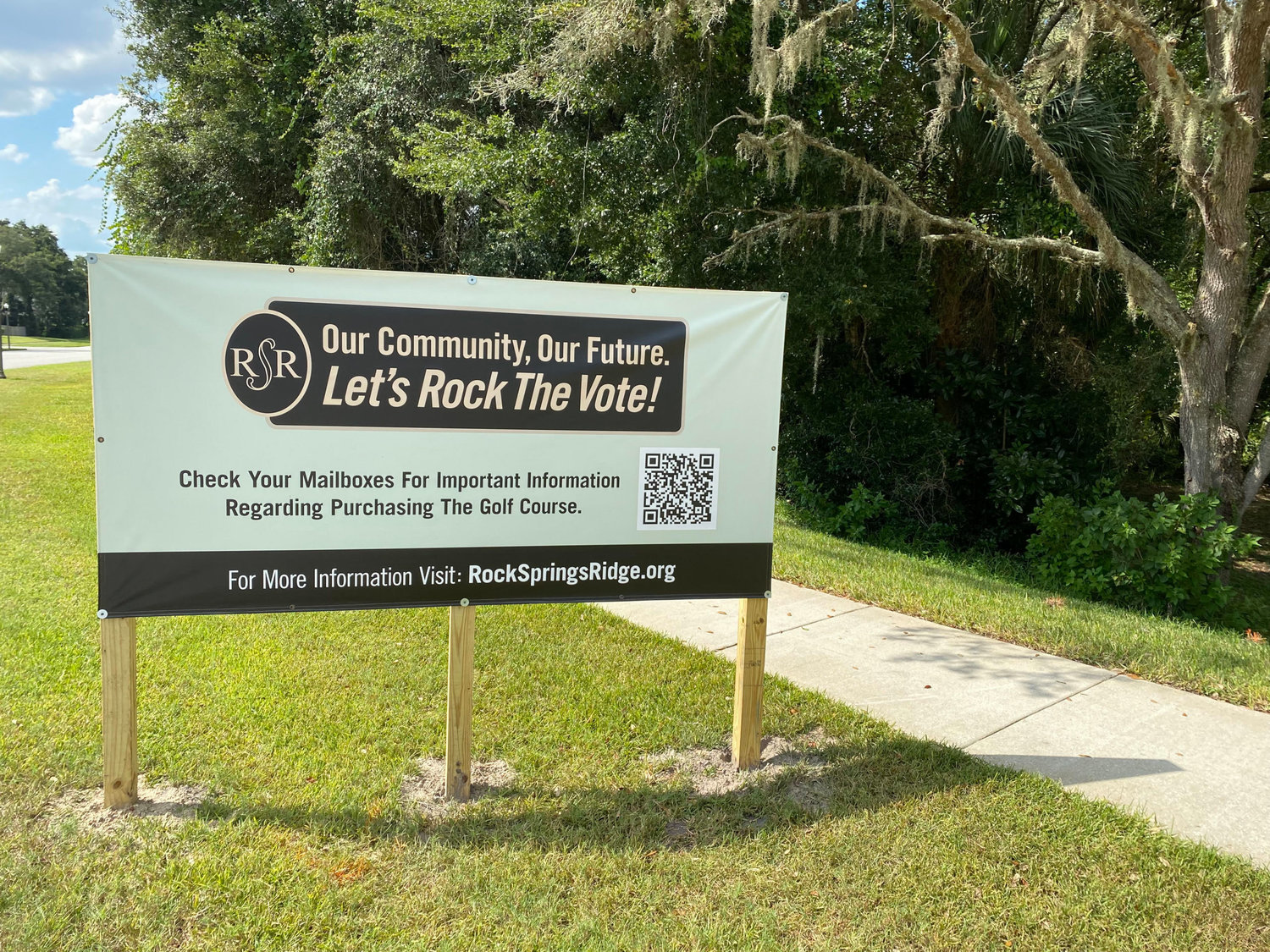 - Rock Springs Ridge is an important community in Apopka, and if the City can assist them, they should - 57 votes (24%)

- The City of Apopka should stay out of real estate transactions between private parties no matter how large or affluent the neighborhood is - 178 votes (76%).

What is the role of a municipal government when it comes to assisting a specific neighborhood in its city? That question was never more in the forefront in Apopka than in 2021 when the City of Apopka made moves to assist the Rock Springs Ridge Homeowners Association to purchase its defunct golf course lands from the Golf Group.

It was a story that captured the interest of the Apopka community for months. The Apopka Voice wrote many articles as the drama unfolded.  It was hotly debated from April until its eventual ending in November when City Attorney Michael Rodriguez effectively ended the City's participation.

But according to The Apopka Voice Readers Poll, it was an effort the City did not need to take.

The final vote from the 235 respondents (the most of any poll) was decisive:

Readers were also active on The Apopka Voice Facebook page with responses to the proposed RSR land swap:

"Perhaps if the proposed real estate deals had been out in the light of day from the beginning, it would not smell so bad," said Kimberly Buchheit. "But when public money is being put on the table, we all deserve to know all the details. RSR is another example of a lack of transparency and closed-door wheeling and dealing. Enough of the "old school" politics!"

"Nope... the city doesn't properly maintain its own property assets," said Derek Ryan. "They should start there... and let RSR sort out their own property challenges. That's what it means to own property. OWN it, and all that comes with it... or sell it and let someone else handle it."

"Get out of the way, and let the HOA handle their own problems," said Robert Odom.

Two of the posts on Facebook wondered why the City wasn't focused on South Apopka if they decided to interact with specific communities.

"The sad thing is they ARE in the real estate business," says Tracy Pitti. "It shows by how spread-out the "city of Apopka" is. They cherry-pick properties for sure. Why haven't they annexed South Apopka yet? That says a lot."

"No... if that’s the case the City can fund the annexation of South Apopka without the continued disengagement," says Joseph A. Washington Jr.