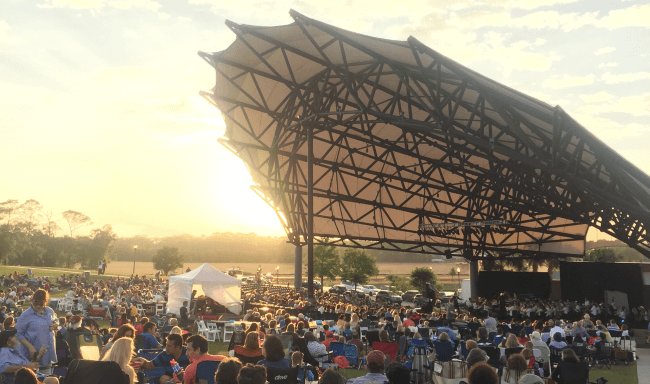 It's official - December 11th marks the start of the Christmas season in Apopka with two major events taking place that day.

The Apopka City Council, at its Wednesday meeting, is expected to sign off on the Orlando Philharmonic Orchestra returning to the Apopka Amphitheater for its Annual Holiday Pops concert. The concert is also a part of the City's Saturday Sounds series.

According to the City Council packet, the City is paying $30,000 to the Orlando Philharmonic Orchestra, and according to the staff notes, there is funding available in the current Parks and Recreation budget for this event.

Also on that day, the Foliage Sertoma Club of Apopka unveils its Apopka Christmas Parade at 10 am.

According to its website, the Orlando Philharmonic Orchestra is in its 28th Season, and is led by Music Director Eric Jacobsen and is comprised of creative musicians and artists from around the world. The Philharmonic annually presents the 10-concert FAIRWINDS Classics Series and Pops Series, as well as its Focus Series and Symphony Storytime Series at The Plaza Live, a historic Central Florida venue. The Orlando Philharmonic Orchestra’s vision is to enrich, inspire, and serve the Central Florida community through the transformative power of live music, and it presents more than 170 live concerts and impacts more than 70,000 children, youth, and families annually through its Young People’s Concerts, Symphony Storytime Series, Notes in Your Neighborhood program, and free outdoor community concerts. A resident company of the Dr. Phillips Center for the Performing Arts, the Philharmonic will perform in the new Steinmetz Hall when it opens. The Orlando Philharmonic is a Partner Organization of the National Alliance for Audition Support, an initiative to increase diversity in American Orchestras. Learn more at OrlandoPhil.org.