Opinion: Rock Springs Ridge deal has too many questions and not enough answers 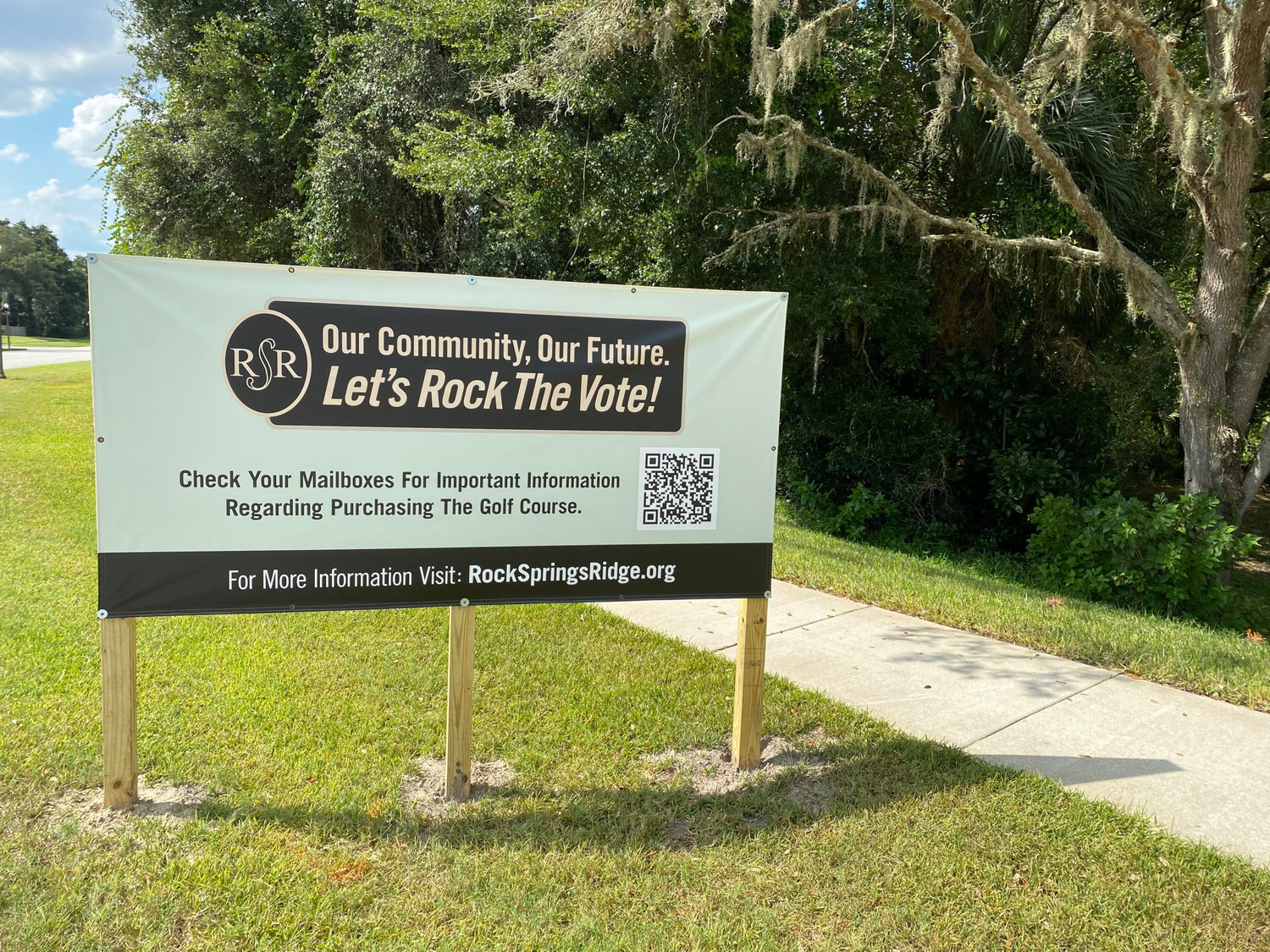 Rock Springs Ridge – to deal or not to deal?

Whether or not the proposed divestiture of the Gopher Tortoise Conservation Land behind 12 homes in RSR or the acquisition of the golf land will make good sense for RSR Homeowners, Homeowners must have all the facts, have the opportunity to digest and discuss them in order to make an informed decision. This rush to a deal without the necessary information to make an informed decision is not in the best interest of the Homeowners in RSR.

This proposed “deal” has too many questions and not enough answers at this time.

Proposing the divestiture of the Gopher Tortoise Conservation Land without the courtesy of a discussion with the 12 Homeowners on Sand Wedge Loop directly affected is inexcusable.

Without the two minority Board members recommended language changes, the proposed purchaser of the Gopher Tortoise Conservation Land, Dr. Ken Foster of Eloise Holdings, RSR will be at the mercy of whomever the proposed purchaser may sell, divest, assign the property to. Without these language changes, RSR has no protection in place by way of determining what goes up and its density behind the homes on Sand Wedge Loop.

When considering the purchase of a defunct golf course, one can expect some environmental contamination due to fuels, pesticides, herbicides, or fertilizers. In addition, specific to the RSR defunct golf course land there may be cow dipping sites on this property. The cost to remediate contamination on the approximately 300 acres ranges from a few thousand to a few million dollars for each identified contamination site.

The defunct RSR golf course land owned by the Golf Group has eight ponds. The City of Apopka recently had to reline one retention pond at the cost of $1.8M. The information as shared with Homeowners by the RSR HOA Board member Gary McSweeney indicates that the City of Apopka and the Golf Group will rectify any pond issues. To date, RSR has not received this commitment in writing.

Additionally, there is a laundry list of undetermined concerns with the clubhouse (The Tavern), cart barns, and the golf course bathroom facilities. Here again, the information shared with the Homeowners indicates that the Golf Group will rectify The Tavern's remediation needs. We need this in writing.

Why the hurry to go for this land swap deal? Homeowners should have the opportunity to review important items like Appraisals, Phase I & Phase II Environmental Surveys, costs related to remediating Environmental & structural concerns, and anticipated ongoing maintenance costs that the Homeowners will have to bear in the days, weeks, and years to come.

The fact that the RSR majority Board is willing to pay the City $2.485M, or more, to acquire the Harmon properties for the Golf Group is troubling. The operating Red Tail Golf Course in Sorrento just sold for $2.5M and the operating Wekiva Golf Course just appraised for $2.3M! This could be a good investment for our homeowner’s comfort level however, false comfort that could cause irreparable harm to RSR. RSR must consider waiting until we can secure the current weed patch Golf Group 300-acre property for the $1-1.2M the property may be worth. By RSR owning the golf course land we would be in control, short of the possibility of eminent domain and inverse condemnation. RSR is the only viable buyer for the defunct golf course land inside of RSR that the Golf Group owns.

If RSR Homeowners are saddled with this “AS IS” land deal as presented by a majority of the Board members, RSR will have the obligation to pay $1.1M to $1.65M in State and Federal taxes for the $5.5M sale of the Gopher Tortoise Conservation Land. The Board majority has not shared this $1.1M to $1.65M tax obligation that would come out of their touted $3M in reserves.

Clearly, after all of this time, the Golf Group has no one that will buy the golf course property unless they plan to open a golf course because there are no development rights attached to the land. The Golf Group understands this, is keenly aware that they made a poor investment, ran our once pristine 27-hole golf course into the ground with the hope to build homes on the 27 holes. The Golf Group is now scrambling to make a deal. The Golf Group is in a rush because offers have surfaced for the Harmon Road property in Apopka.

The majority of the RSR Board appears to be more interested in the Golf Group’s interest in securing the City’s Harmon Road properties than what may be in the best interest of RSR Homeowners.

The Board should be focused on providing facts. The RSR majority Board members should not be pushing for a vote with limited facts and should not have hired a PR firm, Patterson/Bach, to assist with spinning what little information they have released. There is no valid reason to divest the Gopher Tortoise Conservation Land behind the homes on Sand Wedge Loop and acquire the golf course land without the information necessary to make an informed decision.

In 50 years in business, the number of rush deals that became a good decision are few and far between. For this Homeowner, it is NO until I have the information necessary to make an informed decision.

RSR Homeowners will be receiving a Proxy in the USPS mail with a Proxy. This proxy asks that you grant the RSR Board Majority permission to:

2 - "Carte Blanche" permission to manage possible proceeds ranging from $1 million to $3 million dollars without further RSR Homeowner's ability to review and weigh in on how RSR HOA spends OUR reserves/savings.

A VOTE of NO to this PROXY is the proper thing to do since homeowners do not have all of the details and would be purchasing dilapidated golf land "AS IS" and opening up the PD/PUD for the potential harm to RSR.