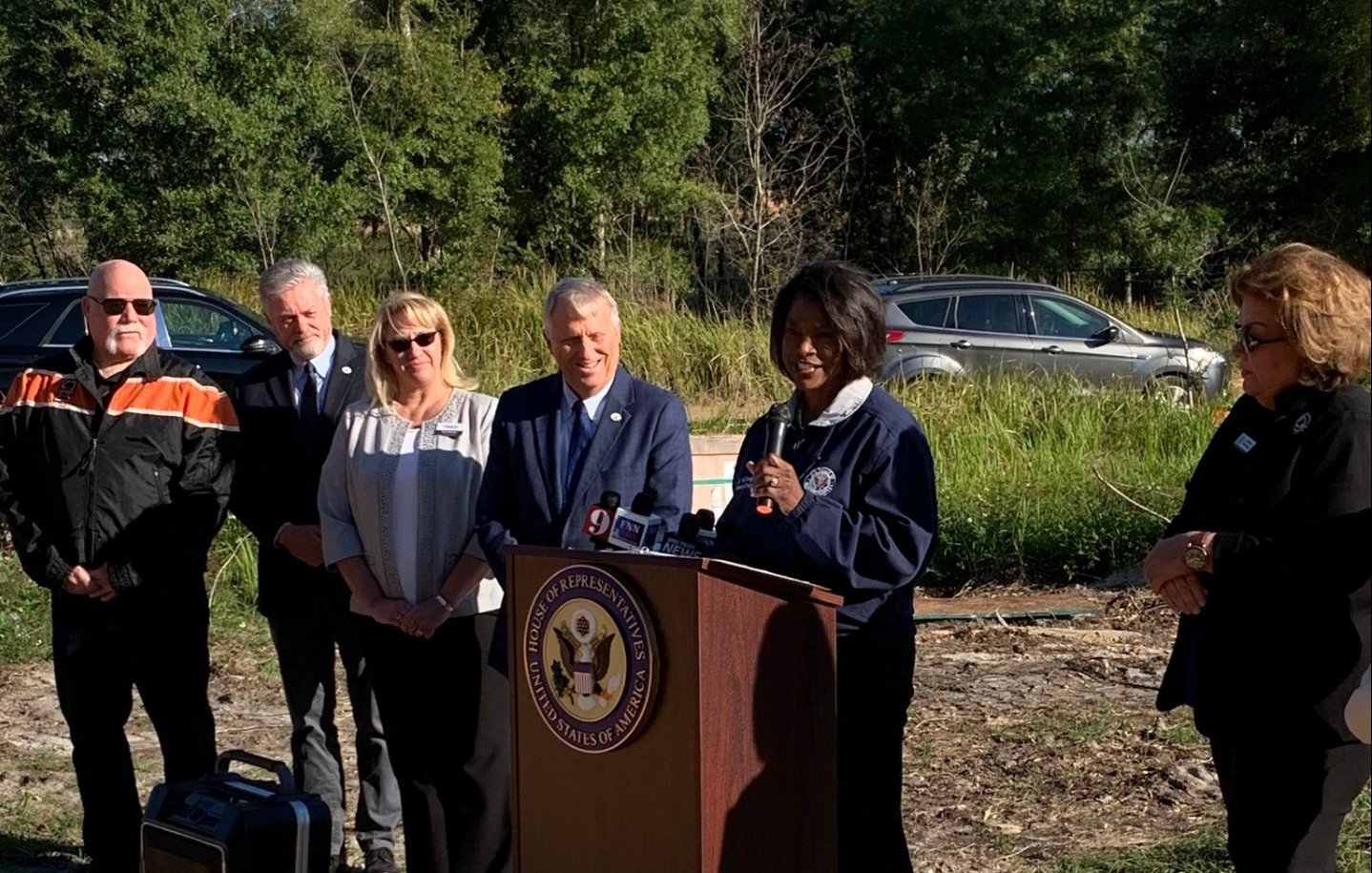 Demings and Nelson probably won't be on the same stage too often in the future, but this is one time I take my hat off to them.”
By Reggie Connell, Managing Editor

Last week, Apopka Mayor Bryan Nelson and US Rep. Val Demings stood together on a makeshift stage in a landfill to announce federal funds coming to Apopka from the recently-passed infrastructure bill. I published the article Wednesday, and it didn't take long to hear the criticism on our social media pages.

Here are a few of the comments we received:

"All a show. Showboating. You can tell it's election time."

"The mayor, I think, is another Democrat who ran on the Republican ticket to get elected."

It's funny... everyone loves bi-partisan bills in theory, and we love when elected officials reach across the aisle and work together. We love it right up until someone from our side works with someone from the other side... and then we hate it, call them a traitor, and look for a candidate to run against them that "truly" shares our values.

American infrastructure is crumbling and has been for decades. It's an issue that has been notoriously bi-partisan for a long long time. Infrastructure was on the wishlist of the previous administration and endorsed by both parties. It's probably the only bill that will get both Democrat and Republican votes during such a polarized Congressional session.

We're almost a year away from the 2022 midterms. Surely Washington, Tallahassee, Orange County, and Apopka can work together a little bit longer before we return to our corners, get properly entrenched in political fervor, and come out swinging before election day.

But in this small window of time, would it be okay if we invest federal funds on local needs that are clearly outside a municipal budget?

Don't get me wrong. I certainly understand the need for fiscal responsibility, and keeping an eye on the national debt, but can we all agree that water quality, protecting the aquifer, and safe roads locally are worth working together every few decades? Can we agree that investment has to be made in infrastructure two or three times a century? Can we tap the brakes on the rhetoric of putting our grandchildren and great-grandchildren in peril from federal spending while our infrastructure is chronically neglected year after year?

The Infrastructure Investment and Jobs Act includes around $550 billion in new federal investment in America’s roads and bridges, water infrastructure, resilience, and internet. These investments will add, on average, around two million jobs per year over the course of the decade.

Nelson, who is running for reelection on fiscal responsibility and responsible budget management, makes the case that sometimes municipalities need funds from the federal government in order to take on major projects.

Demings said that ideology has to take a backseat when it comes to improving local communities.

“When we invest in middle-class America, when we invest in people who have to go to work every day, America does better," said Demings. "Our communities need this funding now. Democratic and Republican mayors who are clear-eyed know that investing in our supply chain infrastructure can’t wait, jobs can’t wait, repairs can’t wait, fighting climate change can’t wait, and protecting our health and safety can’t wait. The sky is the limit to what we can do when we lay our political differences down, and come together with the community being first, and this morning is a great example of that."

Demings and Nelson probably won't be on the same stage too often in the future, but this is one time I take my hat off to them. Yes, Nelson will probably use it to illustrate his accomplishments while in office, and Demings will point out that her senatorial opponent, Sen. Marco Rubio, voted against the bipartisan bill.

Yes, both politicians will play politics with this bill, but first, they had to make it happen.

There will be plenty of issues I disagree on with Rep. Demings and Mayor Nelson. There will be times when I will want to nudge them in a different direction.  But when they work together and bring important infrastructure improvements to Apopka, it's only fair to praise them.

After all, as we've always heard... we're all in this together.

Florida linked to the bulk of cases in Listeria outbreak, according to the CDC