One of Florida's own receives the Medal of Honor today 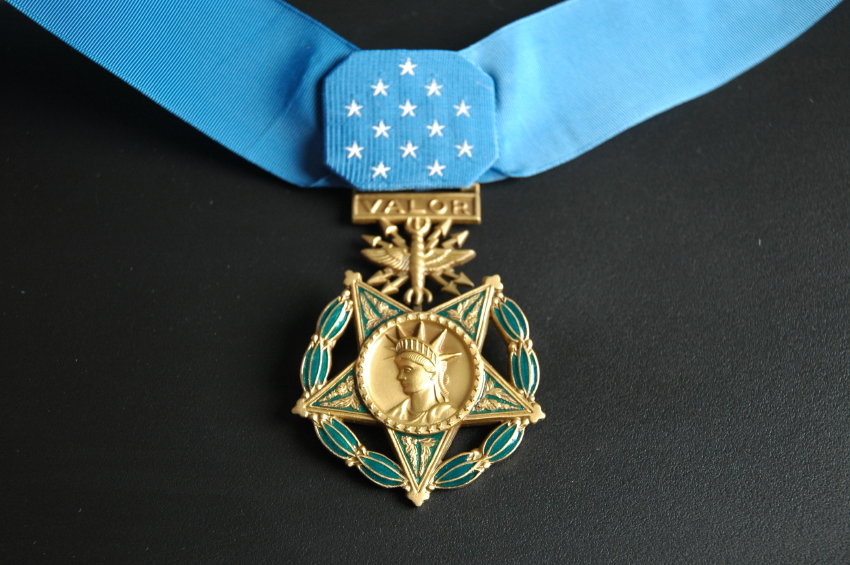 Even with social distancing and isolation, everyone can still pay tribute on Medal of Honor Day

It's National Medal of Honor Day and, even with social distancing, people still can honor recipients of the nation's most prestigious military decoration with a 'moment of honor.'

The National Medal of Honor Museum and Foundation is recognizing the contributions of people such as retired Army Ranger Gary Littrell. The St. Pete Beach resident was awarded his medal for valor in combat after a Vietnamese ranger battalion he was part of in the 1970s came under heavy attack. Mortar fire killed or severely wounded the battalion commanders and other advisers, leaving Littrell in charge to care for the wounded.

"As most of us recipients will say, we receive the medal and we wear the medal, not for us but for the men and women that have died in combat," Littrell said. "We are their representative."

The museum is asking all Americans to join together to pay tribute to Medal of Honor recipients with activities and an inaugural "Moment of Honor" from their homes at 3:25 p.m. EDT on this annual Medal of Honor Day.

More than 3,500 medals have been awarded, and about 71 recipients still are living. Joe Daniels, president and chief executive of the National Medal of Honor Museum Foundation, said he thinks now is the perfect time to share their stories and show that, when the times require it, the nation always comes together.

"I think that when it comes to this disruption that we're going through," he said, "taking a moment and learning about their stories, while we're all sort of self-quarantined at home, is a perfect thing to do because it reminds us that we're all in this together."

Daniels is encouraging people to share their tributes -- whether it's flying flags, making a poster or sharing notes on social media - using the hashtags #MedalofHonorDay or #MomentofHonor. The foundation is building a museum in Arlington, Texas, to serve as a permanent place to honor past and current recipients. It's slated to open in 2024. More details are online at momentofhonor.org.

Origins of the Medal of Honor (MoH), from Military Benefits

There were medals awarded that served at the time as forerunners of the MoH. These included the Fidelity Medallion awarded in the late 1700s to only three persons associated with the capture of a spy associated with Benedict Arnold; another precursor to the MoH was George Washington’s Badge of Military Merit. The last “proto-MoH” was the Medal of Valor, approved by President Abraham Lincoln in 1861.

In 1862, the Army Medal of Honor was created thanks to a resolution introduced by the Senate Committee on Military Affairs, Senator Henry Wilson. In 1915, Navy, Marine Corps, and Coast Guard members were authorized to receive the Medal of Honor, and by the mid 1960s the United States Air Force also had its’ own version of the MoH.

Text Of The MoH Resolution

The version of the measure introduced by Henry Wilson and signed into law by President Lincoln includes the following:

Resolved by the Senate and House of Representatives of the United States of America in Congress assembled, That the President of the United States be, and he is hereby, authorized to cause two thousand “medals of honor” to be prepared with suitable emblematic devices, and to direct that the same be presented, in the name of the Congress, to such non-commissioned officers and privates as shall most distinguish themselves by their gallantry in action, and other soldier-like qualities, during the present insurrection (Civil War).

Obviously the Medal of Honor has evolved quite a long way since this text was written, and far more than the original 2,000 medals authorized have been awarded since the mid-1800s.

The original MoH criteria includes the following as presented on the Medal Of Honor Society official site. The medal may be awarded for meritorious actions above and beyond the call of duty:

while serving with friendly forces engaged in armed conflict against an opposing armed force in which the United States is not a belligerent party.

The first Medal of Honor recipient was Army Private Jacob Parrott. That MoH was awarded in 1863 as part of a Civil War mission behind enemy lines. Since that time, more than 3,400 Medals of Honor have been awarded. Among the most recent was President Barack Obama’s presentation of the MoH to Captain Florent A. Groberg for his service in Afghanistan in 2012. Groberg’s award was only the 10th (at the time) given to a living recipient.

Everyone who wears the Medal of Honor is included in the official MoH Honor Roll. There are military benefits associated with being on this list including an increase in military retirement pay, military burial honors, and eligibility to be interred at Arlington National Cemetery (assuming the recipient was not already eligible for these benefits).

The first Medals of Honor were awarded on March 25, 1863; when Congress passed a resolution in 1990 establishing National Medal of Honor Day, March 25th became the official nationwide holiday honoring the medal and its’ recipients.

Mary McLeod Bethune immortalized in US Capitol as symbol of justice