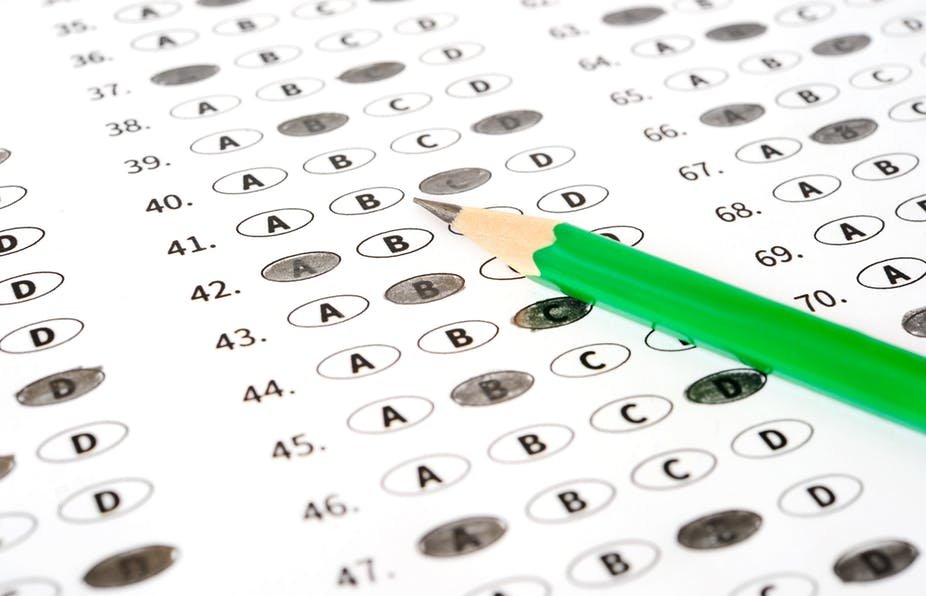 Back in the 1980s, Bates College and Bowdoin College were nearly the only liberal arts colleges not to require applicants to submit SAT or ACT test scores.

On Jan. 10, FairTest, a Boston-based organization that has been pushing back against America’s testing regime since 1985, announced that the number of colleges that are test-optional has now surpassed 1,000.

This milestone means that more than one-third of America’s four-year nonprofit colleges now reject the idea that a test score should strongly determine a student’s future. The ranks of test-optional institutions include hundreds of prestigious private institutions, such as George Washington, New York University, Wesleyan University, and Wake Forest University. The list also includes hundreds of public universities, such as George Mason, San Francisco State, and Old Dominion.

As noted in a book I edited, “SAT Wars: The Case for Test-Optional Admissions,” critics of the test-optional movement had claimed that test-optional colleges wouldn’t be able to select students of merit, standards would collapse and underachieving youths would run amok. The critics were wrong.

At Wake Forest, we’ve never had academically stronger students with as much racial, ethnic and economic diversity from across America that since 2009, when we went test-optional. As reported in The New York Times, the average high school GPA of our incoming freshmen increased after we stopped using standardized test scores as a factor. Prior to going test-optional, the percentage of incoming freshmen who were in the top 10 percent of their high school class was in the low 60s. Afterward, the newspaper reported, that figure rose to 79 percent.

Our students are better because we look at the whole person, not a test score. We emphasize high school grades because they have always been the best predictor of college academic performance.

It is a myth that standardized scores predict college performance better than high school grades. Even the College Board, which owns the SAT, only claims that the combination of high school grades and test scores together gives colleges the best statistical prognosis of a student’s future. For many colleges, the Board’s claims are not wrong. But the key questions for those who want to combine GPA with test scores are: How much added statistical power does that give you? And is that extra power worth the costs? Are there negative side effects of putting test scores on the scales?

As I note in my book, extensive research shows that adding test scores to high school GPA increases one’s predictive power, if at all, by 1 to 4 percentage points in a statistical model that predicts grades in college. At the University of Georgia, the SAT increased its explanatory punch by 1 percentage point; at De Paul University in Illinois, the ACT did the same. Are 1 to 4 points in a statistical model worth having? I argue no. Our best statistical models capture 31 percent of what predicts academic performance in college. That means nearly 70 percent of what matters to a young person’s college grades cannot be predicted by academic variables. College admissions remain more art than science. Fairness and merit are best served in a holistic review than in a numeric cutoff.

Why should we impose a barrier that deters many, including high achievers from low-income families, from even applying to college? Why should we require a test that is biased against low-income youths, against women, Hispanics, and blacks? As noted in my “SAT Wars” book, math questions in the experimental parts of the SAT where women outperform men and verbal questions where black youths outperform white youths are eliminated from future versions of the test that count.

A chapter of “SAT Wars,” that was written by Jay Rosner of the Princeton Review Foundation, documents this practice. He worked with data on two years of SAT questions, 276 in total. Rosner provides multiple examples of experimental questions on the SAT than black youths did relatively better than white youths and questions on which white youths did relatively better than black youths. Then he asks, how many of the questions that counted were white advantage questions or black advantage questions? “Each and every one of the 276 questions was white questions in this white/black comparison,” Rosner wrote. Life is unfair enough without the added inequalities imposed by a racist and sexist test.

High school transcripts are where you will find hints about a student’s grit, ability, and accomplishment. SAT or ACT standardized test scores tell us nothing about creativity, community engagement or which students are striving to achieve meaningful lives. Look at how well admission based on rank in one’s local high school works in California and Texas. Both the University of Texas and the University of California admit all who graduate near the top 10 percent of their individual high school. They do so without harm to academic standards, and doing so opens doors to a better life for thousands of young people from low- and middle-income households.

What those college entrance exam scores do reliably convey is the ability that a student’s family has to pay tuition fees and living costs. The SAT works better as a proxy for family income than it does as a predictor of college performance. Or, as I argue in a different book, “The Power of Privilege,” test score selection is the selection for bank accounts disguised as selection for brains.

The test industry is about profits, not pedagogy. Standardized testing and test prep in America are worth in excess of $13 billion per year.

The way I see it, testing is like a gold mine for the industry and like a penal factory for America’s youths. The energy, anxiety, effort, time and money spent on SAT or ACT tests for college admissions are wasted. The test industry takes time away from real learning, from literature, foreign languages, arts, and sciences. It is time to toss admissions tests.