The life of Shirley Sharpe-Terrell celebrated as Grand Marshall 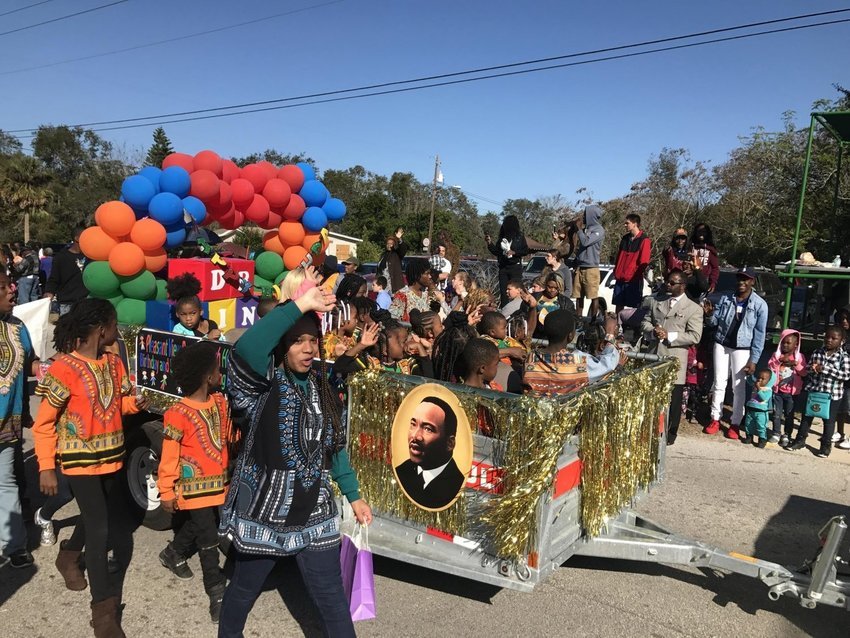 Tradition, legacy, and honor will lead the way Monday afternoon in South Apopka when the 13th Annual Martin Luther King Jr. Parade will commence at 2 pm.

The parade will follow the traditional routes, beginning at 519 South Central Avenue and traveling to the John Bridges Center on 13th Street.

Tradition, legacy, and honor will lead the way Monday afternoon in South Apopka when the 13th Annual Martin Luther King Jr. Parade will commence at 2 pm.

The event is sponsored by the South Apopka Ministerial Alliance.

On April 4, 1968, King was assassinated in Memphis while fighting for a wage increase for garbage workers. His efforts were part of a broader and more sustained initiative known as the Poor People's Campaign. King planned on bringing thousands of poor people to Washington, D.C., where they would camp out on the National Mall until Congress passed legislation to eradicate poverty.

King was convinced that for the civil rights movement to achieve its goals, poverty needed to become a central focus of the movement. With over 43 million people living in poverty (as of 2019) in the United States today, and South Apopka still struggling with unemployment, crime, and food deserts, King’s ideas still hold much power.

The Apopka Voice wrote several articles about South Apopka in 2021, as it continues its push to have the community annexed into Apopka.

The parade will follow the traditional routes, beginning at 519 South Central Avenue and traveling to the John Bridges Center on 13th Street. The Apopka Police Department will work in coordination with the Orange County Sheriff's office to support the needed road closures along the route.

But unlike many parades, the Apopka MLK follows a unique path in close proximity to the audience. Instead of a "Main Street" setting, it winds through the community. There are houses on both sides of the street. Neighbors barbecue together, drink beer and socialize. The streets are narrow, and the spectators can interact with those in the parade.

It's like a massive block party right in the heart of South Apopka.

The traditional MLK Parade route in South Apopka.
This will be the first MLK Parade in Apopka since the passing of Shirley Terrell-Sharpe, who died on December 6th at the age of 74. Terrell-Sharpe will be honored as a Grand Marshall in the parade. Members of her family will be in attendance.
Also serving as Grand Marshalls are (Community)Tim Clark, the CEO of AdventHealth Apopka, (Education) Dr. Derushiel Williams of Apopka High School, and (Youth) Re'Anna Love, listed as a community servant.