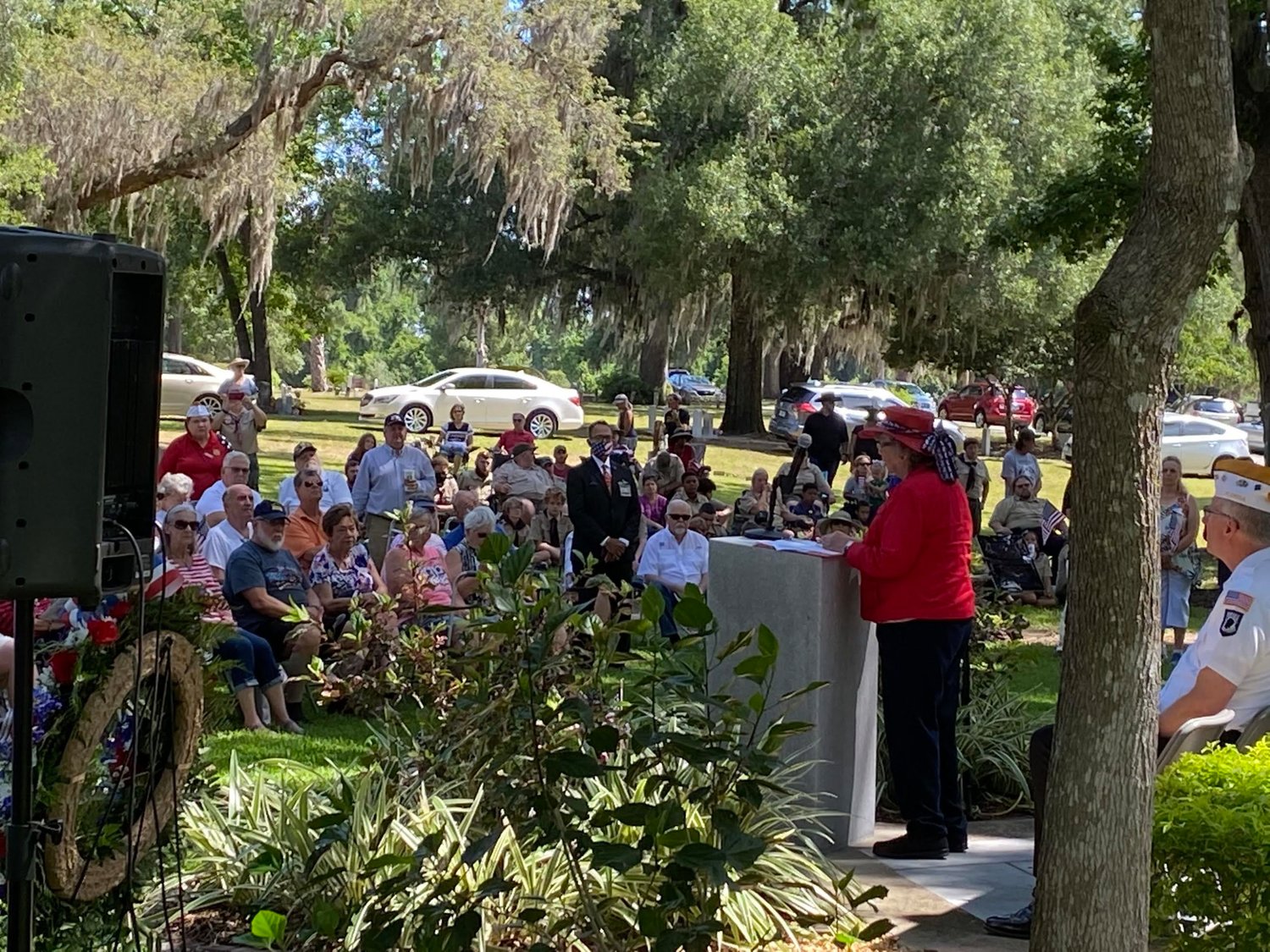 Apopka residents and community members gathered at the Veterans Memorial in the Edgewood/Greenwood Cemetery in Apopka on Monday to honor the lives and legacy of the military men and women who gave their lives defending America.

Commander Andy Anderson of the Apopka Veterans of Foreign Wars (VFW) Post 10147 opened the Memorial Day service by greeting and thanking those in attendance.

“We are here, also, to recognize all of those that did not make it back—those are the ones that we really feel for,” Anderson said.

Trombitas encouraged attendees to help remind younger generations of the sacrifice servicemen and women have made for our country. After his prayer, the Apopka Police Department Color Guard and Boy Scout Troop 211 presented the posting of colors.

Chris Smith, Committee Chair of Boy and Girl Scout Troop 211, said their participation “shows the Scouts the sacrifice of both the veterans that are here living and the veterans who are no longer with us… is an organization that is built on national pride and service to others, so it’s really important.”

Following the presentation and posting of colors, Anderson led the Pledge of Allegiance.

“We honor those who laid down their lives… Their sacrifice helped to secure our future and our freedoms,” Brick said. “I hope you all enjoy this day and celebrate with family and friends, the gift that was purchased by those we have honored.”

“We owe a debt of gratitude to those who came before us to preserve the histories and the freedoms that we have, and it’s really encouraging to see so many young people out here at a memorial service like this,” Brick said. 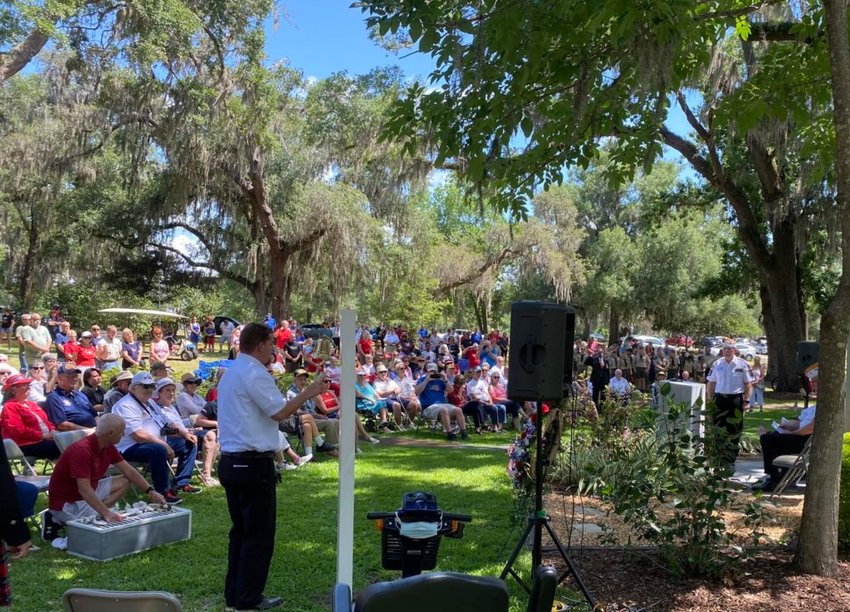 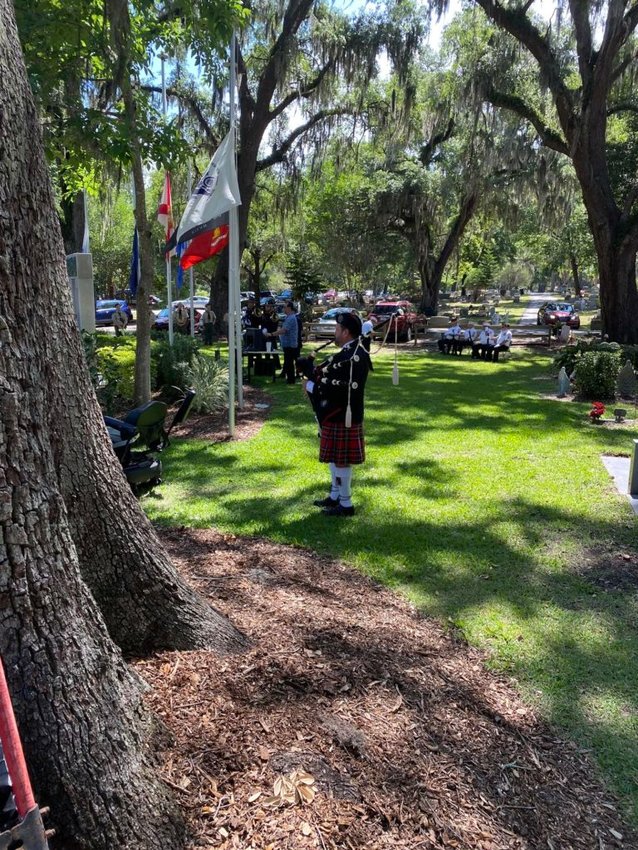 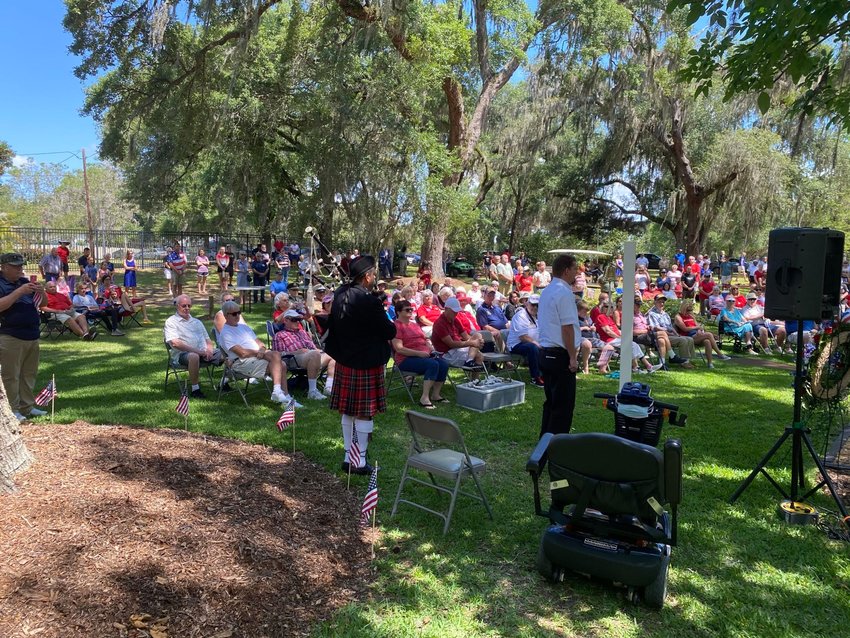 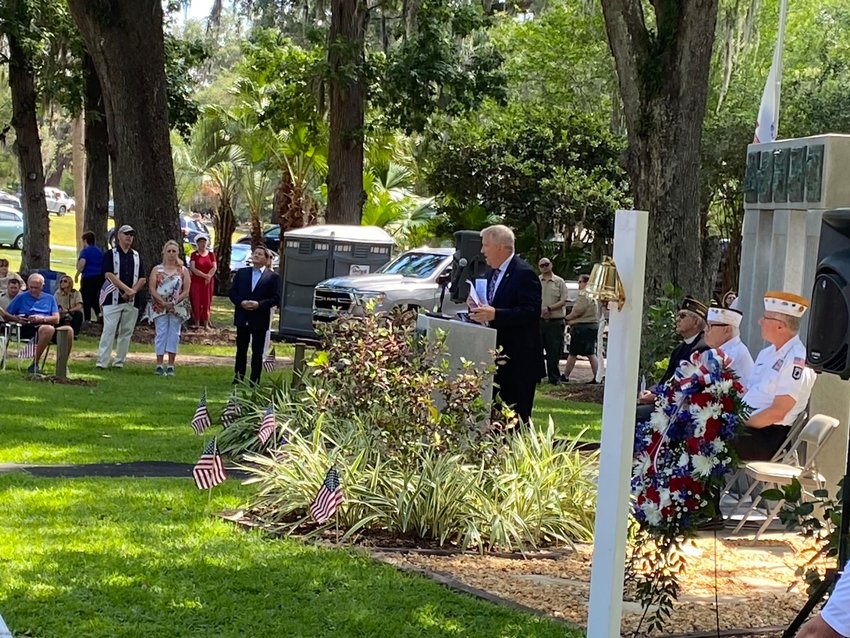 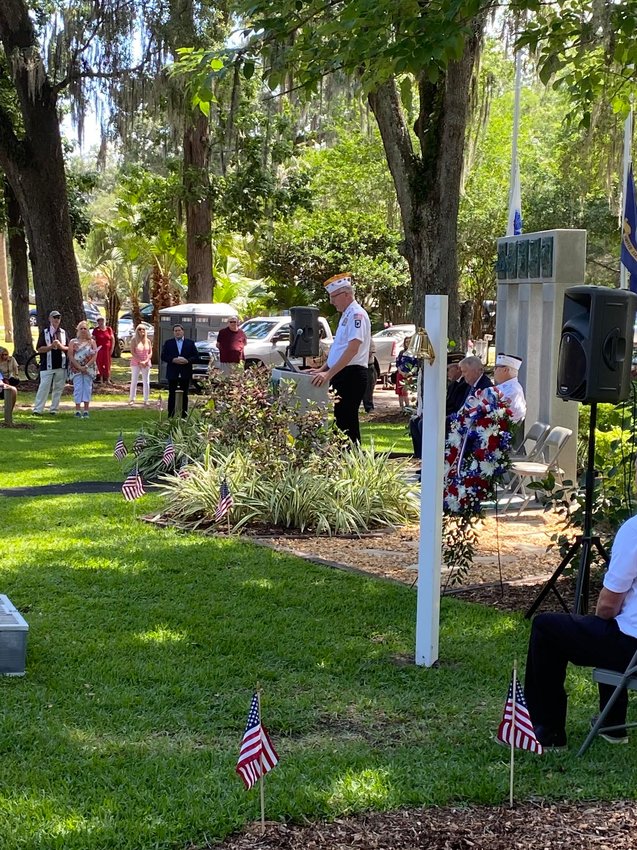 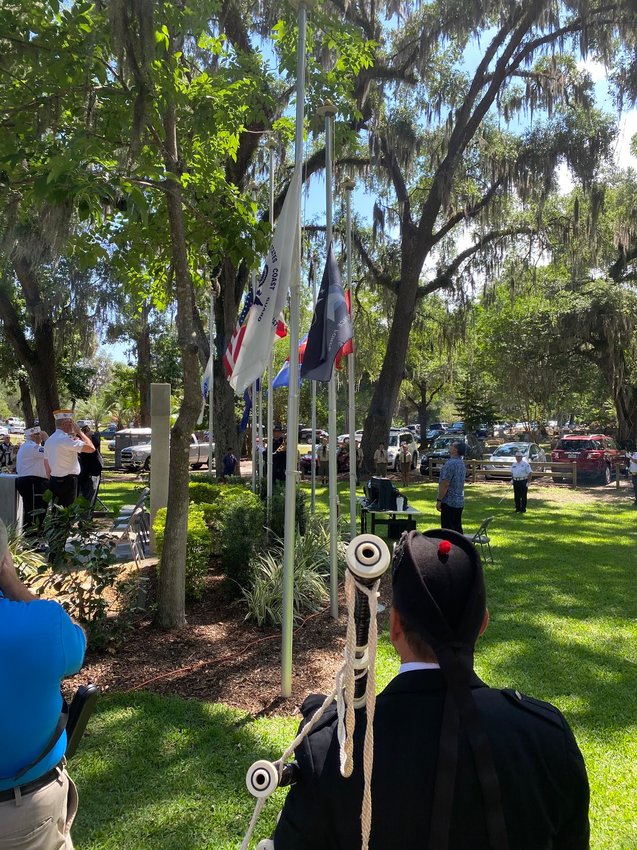 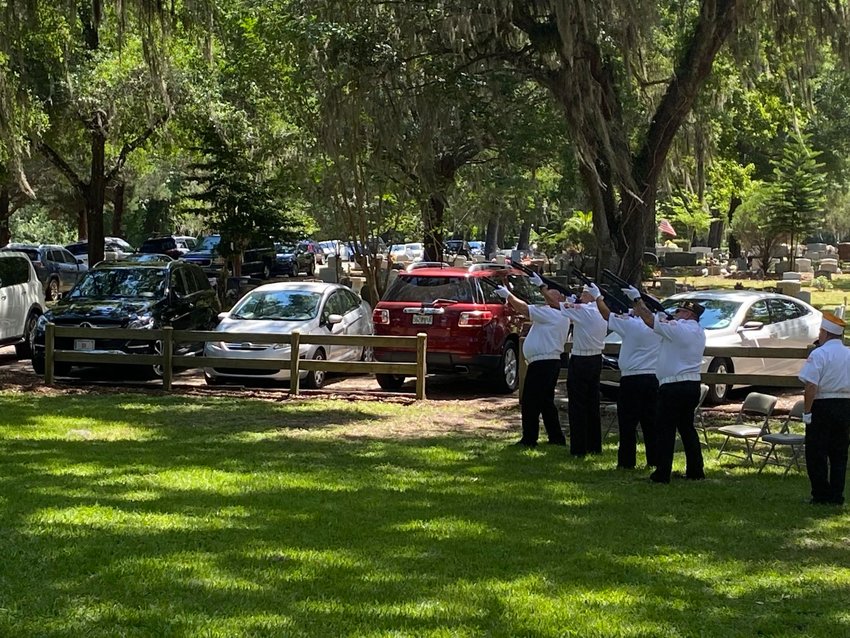 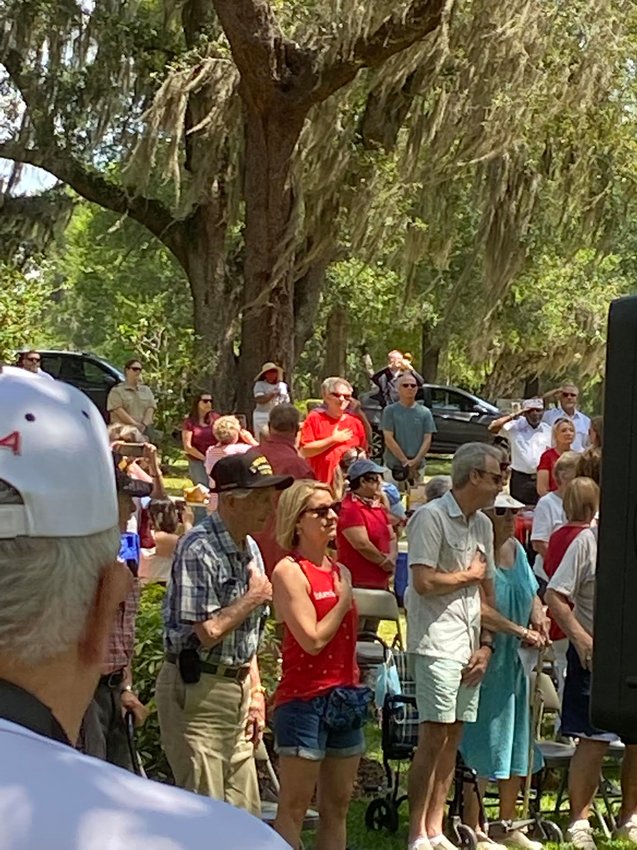 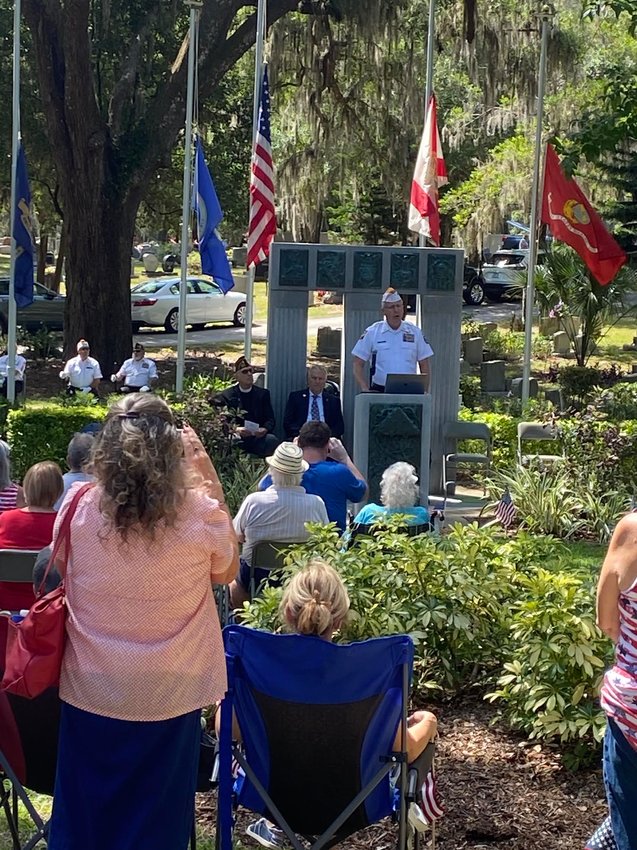