The people of Apopka

Who is Apopka's Chuck Towne? 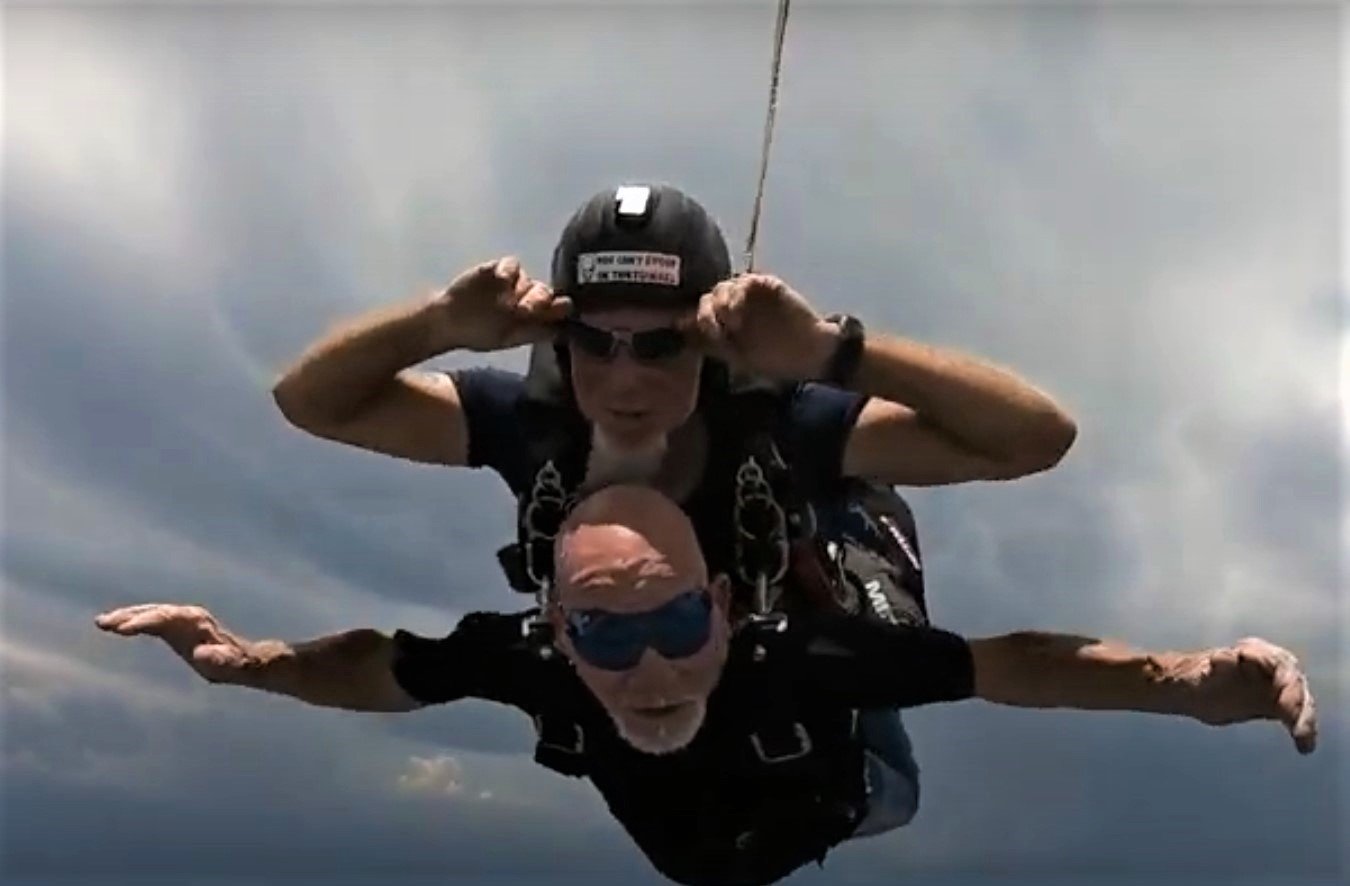 I go into the gym six days a week, and work out for about two hours because I need it! We need to keep active. When we sit down and retire to the couch, they might as well bury you.”
Charles Towne
Stay tuned

Chuck has recently been published, again! His latest book, "Love Cares", has been released... and The Apopka Voice will be featuring this love story and guide for caregivers in an upcoming feature.

For more inspiration by Charles Towne

Check out Chuck's weekly devotionals published here every Sunday, and archived in our Faith & Inspiration section. Or, you can search "Charles Towne" in our search bar.

By Matthew Hughes, Interning Correspondent for The Apopka Voice

Charles (Chuck) Towne is a man who has walked many paths in his life. He is an octogenarian, author, journalist, wildlife photographer, naturalist, caregiver, and survivor. The 87-year-old Apopka resident has experienced enough to fill a five-volume biography.

But throughout our conversation, a few characteristics stood out to me not listed in the above synopsis of his life journey: faith and foolishness.

Towne was born and raised on an island in the middle of the Fox River in Illinois. Because of this childhood home, his fascination with nature blossomed at a young age.

“Being in that environment instilled in me a great love for nature,” said Towne. “My dad was a trapper, hunter, and fisherman for years. Because of that, I had a very early introduction into hunting and fishing and trapping.”

Towne would continue to hunt, fish, and trap until one day he had a revelation that would alter the relationship that he had with wildlife forever.

“Very early, God convinced me — convicted me — that this was not the direction he wanted me to go. Consequently, I stopped hunting. I still fish a little bit. I love fishing, but it’s strictly catch-and-release today.”

Towne decided that trapping was a poor way to earn a living and a betrayal of nature because you must "trick the animal" into falling for your trap. After he discontinued this practice, his love for nature grew even deeper.

“Today, I’m a wildlife photographer [among many other things!] and I specialize in bears,” Towne said with a smile.

Although he would be considered old by societal standards, Towne remains active and continues his endeavors in wildlife photography.

“Age is just a number,” Towne explained. “Age is all things being relevant. Nothing is relevant! Years pass, we have birthdays… it’s human law to age, but we can age gracefully; with dignity. We don’t need to be doddering old men or fools because of old age.”

Towne may be a lot of things, but a doddering old man he is not. He celebrated his 87th trip around the sun by doing what any normal, run-of-the-mill 87-year-old would do...  diving out of an airplane.

While the thought of staring down at the earth from several thousand feet in the sky is enough to make most people’s stomachs flutter, Chuck seemed plenty content in leaving the landing plans up to God.

“People asked me after, ‘How did you feel jumping out of a perfectly good airplane?’ I told them ‘Well, I praised God that the parachute opened!’”

While we both chuckled about his skydiving experience, it brought him to an important bit of wisdom regarding foolishness, which is something that he would admit to being, at earlier stages of his life.

“I was presumptuous (to think the parachute would open), “ Towne said. “To think that I can do any fool thing that I want and expect God to intervene. That’s like being on top of the Empire State building and saying ‘God is going to take care of me’ and then stepping off. Is God going to change the law of gravity for me? I don’t think so.”

One of his most memorable fool’s tales is when he walked into a cage with an African lion.

“I was foolish, I broke all the rules,” he said. “I walked into the cage — lion cages are round so you can’t get them cornered. When you get an animal like that cornered, it feels it, and there is no other way out than over the top of you. Luckily I didn’t have that happen, but I’ve been mauled and I’ve had some bad experiences in my past. But I was younger, foolish. You make mistakes in life and you learn from them, or at least you hope so!”

Learning and experiencing new things every day is something that Towne lives by, and even in his old age, his faith, and this love for life, continuously propels him forward.

Another of Towne's surprising hobbies is weightlifting.

"I go into the gym six days a week, and work out for about two hours because I need it!" Towne said. "We need to keep active. When we sit down and retire to the couch, they might as well bury you. Rigor mortis is already setting in! You become immobile, you stop moving, and after a while, you can’t move. At 87 I’m probably in better condition than I ever have been in my life. That’s possible with anybody.”

While faith has been the driving force behind his growth in his later years, he preaches that resilience has also been key throughout his journey.

“If you get knocked down, stand up, get up,” he says. “You can’t stay down by any circumstances.”

While listening to Towne, I resonated with his message of resilience in the face of adversity. However, I was surprised when he explained the extent of his strength while battling health issues and emotional struggles. After he admitted his wife Nancy into a nursing home six years ago, he was diagnosed with emphysema and heart disease, which put him in the hospital for six days. After he was released, he had a conversation with God that, he says, cured his ailments.

“I called out to God that night,” he said. "'I need your help. Nancy needs me. She’s sick, she needs me. And Father, you’re not done with me yet.’ I fell asleep, and when I woke up my emphysema was gone. I could breathe again! About three to four months later I went to the doctor and my heart disease was not there. My heart had been healed.”

Through his beliefs and his resilience, Towne keeps on living, learning, caring, and creating every day. After hearing his story, which is filled with hardship, foolishness, excitement, triumph, faith, and positivity, I asked him the secret to living a full life.

“There’s an old saying that you catch more flies with honey than you do with vinegar,” he said. “Being kind to people... that is life-sustaining. It’s all reciprocal! If I give you love, I’m going to get love back. If I give you a kind word, I’m going to get a kind word back. That is life-sustaining. Some people go through their lives bitter and angry. How sad. Don’t hold a grudge; life is too short. Life is pretty good.”