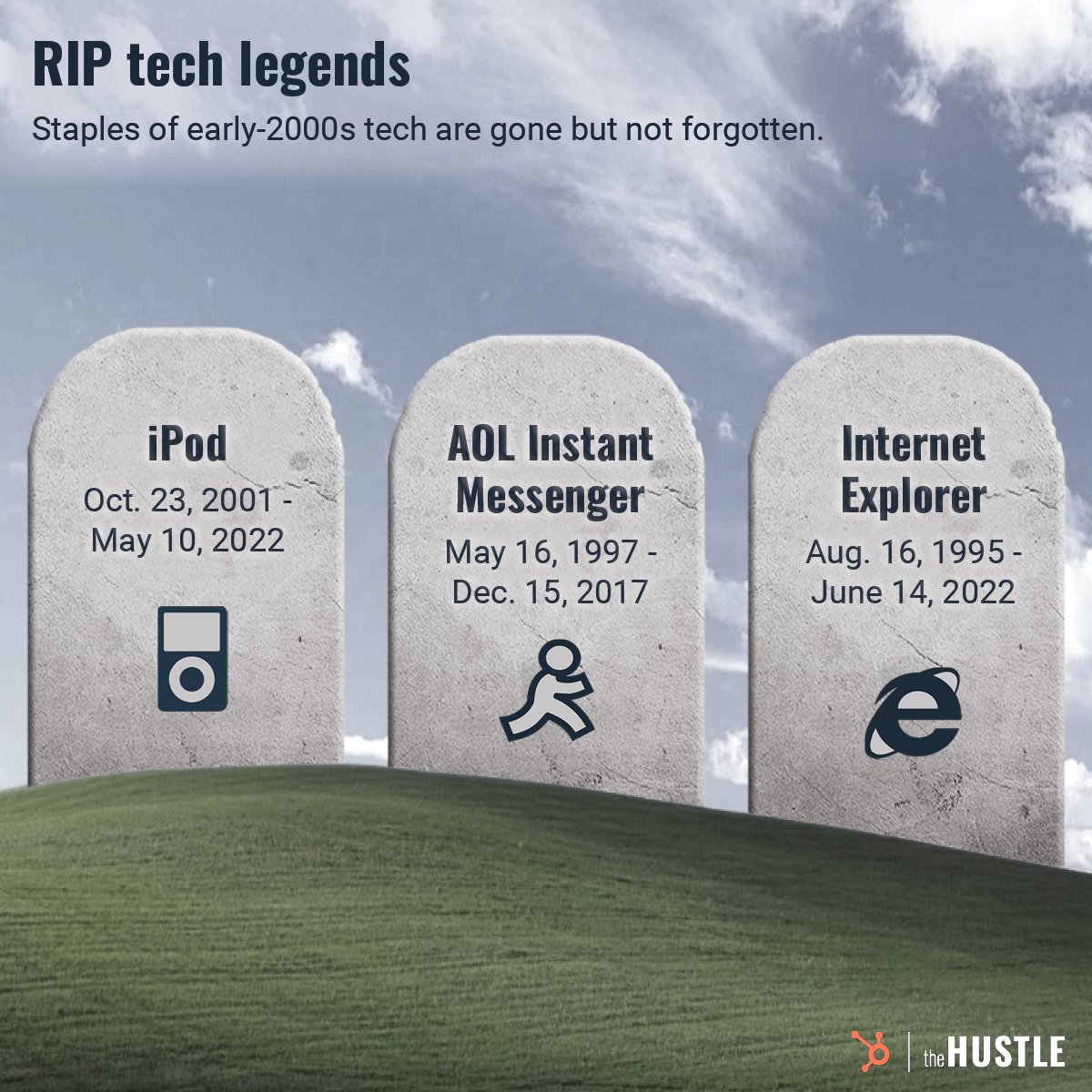 Another staple of early-2000s tech has moved on to the great desktop in the sky.

Yesterday, Microsoft officially retired Internet Explorer after 27 years of use.

The aging web browser is being sunset in favor of Microsoft Edge, with support being officially withdrawn for IE 11 today. It’s the end of an internet era after Microsoft initially moved away from the Internet Explorer branding with the release of Windows 10 in 2015.

… reached a peak of ~95% market share in 2003 and was once at the center of a federal antitrust case against Microsoft, but usage has plummeted since. A recent report shows Internet Explorer’s market share had fallen to 0.64% in May, compared to ~65% for Google Chrome.

It joins two other discontinued tech products that have made the news this year:

But in the two decades since its launch, AIM’s popularity has dwindled in favor of mobile-focused platforms for communicating, like Facebook, Instagram, and Slack. At its peak in 2001, AIM had 36 million active users; as of this summer, it had just 500,000 unique visitors a month.

Combined, Internet Explorer, the iPod, and AIM made up the holy trinity of tech products for those of a certain age in the early 2000s…

… and their influence lives on

While tech’s evolution made each product obsolete on its own, each has influenced the products we use on a daily basis.

Internet Explorer’s flaws led to better browsers, the iPod was integrated into the iPhone, and AIM clearly influenced social messaging.

The three also represent simpler times — an era before tech was ever-present and mobile notifications flooded our consciousness.