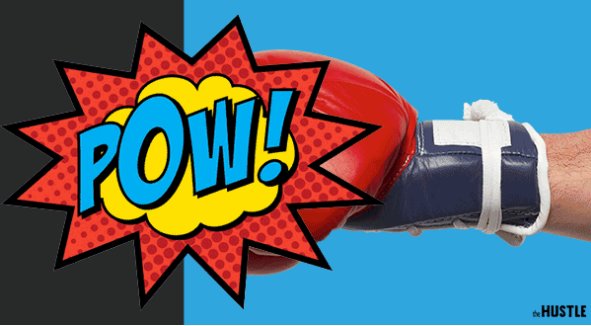 Cue “Eye of the Tiger.” At-home boxing startup Liteboxer (how have we not heard of this?) scored $20m in funding to get its machine in front of more customers, per TechCrunch.

Liteboxer is a freestanding shield with 6 targets that light up to show you when and where to punch. Hits are timed to music, and boxers are scored on accuracy and strength.

The device retails for ~$1.5k, while a $29/month subscription includes workouts with Liteboxer trainers.

We know what you’re thinking…

… Peloton for boxing. And honestly, why not?

From March to October of 2020, home fitness revenue doubled to $2.3B vs. the previous year. Over the same span, treadmill sales spiked 135% while stationary bike sales were up 3x.

But what happens now that gyms are back?

A New Consumer and Coefficient Capital survey found 76% of Americans started working out more at home in 2020, and 66% preferred it.

Analysts told The Washington Post that people will likely keep using the equipment and routines they’ve invested in, but will seek out gyms for social experiences.

Likewise, fitness pros who spoke to The Wall Street Journal predict exercisers -- like employees -- will go hybrid, splitting their sweat between the gym and home.

Gif courtesy of The Hustle

Are You Using Your Smart Tech to its Fullest?

How to Efficiently Ensure Your Phone Data Safety