How to Talk to Teens about Using Alcohol Responsibly 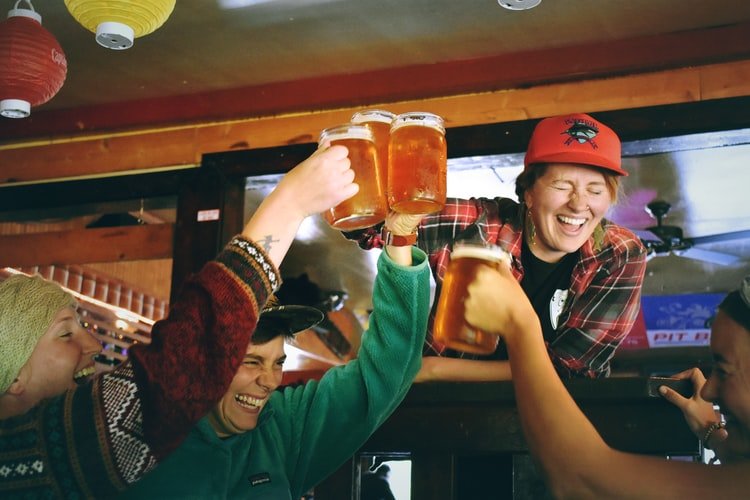 As a parent, you should not leave your children to decide for themselves whether drinking alcohol is right for them, even if you have always known them to be “good” and “responsible.” Keep in mind that the adolescent stage is when they start experimenting with alcohol or experience pressure to drink as they try to fit in and get along with their peers.

Underage drinking is more common than you think. According to the National Survey on Drug Use and Health[1], over 2 million individuals aged 12 to 17 years reported alcohol use in 2019 alone. What’s worse, more than 400,000 adolescents from this age group suffer from alcohol use disorder during the same period. Aren’t these numbers concerning?

Even if you believe that your teens aren’t drinking yet or are still too young to think about alcohol, it is best to talk to them about the issue when you still hold a considerable influence on their behavior and decision-making process. Honestly, bringing up the matter is not easy. That is why you need to choose an ideal time to talk and make the necessary preparations. To help you out, here are pointers that you may want to consider to make the conversation more fruitful.

The key to making the “talk” less awkward and more effective is finding the right time to bring up the subject. Instead of barging into your teen’s room unannounced to talk about drinking, it would probably be best to bring up the matter naturally. For instance, when a beer commercial comes on while you are watching television together. That would be a good opportunity to start a calm conversation about the subject.

Also, do not be in a hurry to cover everything in one sitting. Think of it as the first part of many exchanges. More importantly, make it a conversation and not a lecture series.

Ask for Your Teen’s Thoughts About Alcohol

You may want to start the conversation by learning about how your child views underage drinking. Perhaps you can ask why they think teenagers drink alcohol. Consider asking open-ended questions to keep the conversation going, and never interrupt when your child is talking. Learn to listen so that your child will feel respected and encouraged to say more.

As your teen watches movies, advertisements, and TV shows that glorify drinking and other unhealthy habits, they probably have tons of misconceptions about using alcohol. Perhaps they have the impression that drinking makes them popular and happy. As such, you must debunk common myths and explain the facts about alcohol. Here are several points you may want to share:

Explain the Risks of Teen Drinking

Besides sharing crucial facts about alcohol, you should also discuss the risks of underage drinking to encourage them to make better choices. For instance, you may want to stress that alcohol use by a minor is illegal in most states and may be considered a criminal offense. It can also lead to lower grades, academic issues, or having inappropriate pictures/videos uploaded on social media for everyone to see. Explain that a seemingly small mistake can have long-term consequences, like not being accepted by their desired university because of a picture of them at a party holding a beer.

You may also want to discuss the dangers of drinking rubbing alcohol and other equally alarming ways young adults are trying to get drunk without getting caught. Perhaps you have a history of alcoholism in the family. If so, be honest. This is the best time to explain to your teen that they should be extra careful as they are probably more susceptible to unhealthy alcohol use.

Discuss How Your Child Can Handle Peer Pressure

More than explaining the reasons to avoid underage drinking, you should also help your teen figure out how to handle risky situations and stand up to peer pressure. Try brainstorming options with them. The strategies do not have to be complicated. Perhaps simple statements like “No, thank you. I will just have a soda” will suffice.

Be Ready to Open Up

Your child may ask if you drank alcohol when you were a teenager. If you did, it might probably be best to admit it but stress that you know now that it was a mistake. You may want to share an embarrassing or painful incident that happened because of your poor choices. Doing so may help your child understand that teenage drinking does have unpleasant consequences.

The pointers above are some of the things you may want to consider when talking to your teenager about drinking alcohol. Keep in mind that these are just suggestions. You can use them as a guide or modify them according to what you think would be the ideal approach. Ultimately, you are the one who knows your teen best. Trust your instincts. More importantly, remember to stress that you are talking to them about this sensitive matter out of love and desire for their well-being.