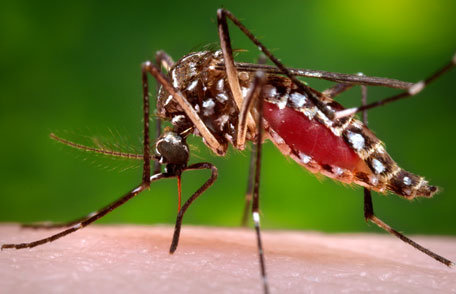 From the Orange County Government

Recent storms and rainfall in Central Florida have Orange County Mosquito Control officials working hard to protect the community from mosquito-borne illness and nuisance mosquitoes. In light of elevated rain, requests from residents to treat mosquitoes in local neighborhoods and communities, particularly in east Orange County, have significantly increased. Kelly Deutsch, the manager for Orange County Mosquito Control, reports that while the division typically receives about 10 calls a day from residents in need of assistance, calls have increased up to tenfold.

While not all mosquitoes carry illness or disease, rising populations alone can be a nuisance and distract from the ability to enjoy the outdoors. In addition to their critical role in public health, mosquito control personnel help maintains a comfortable outdoor environment for all by reducing rising mosquito populations.

Orange County personnel use several techniques to help control the various mosquito species in the area while being sensitive to the environment and other insects. These efforts strategically take place during the evening and do not include the application of materials known to be harmful to humans, animals or other insects, including bees when applied according to the label.

To date, there have been no reports of the Zika virus transmitted in Orange County. However, officials remain ever vigilant and emphasize that Zika is only one of several mosquito-borne illnesses known to reach Central Florida. While mosquito-borne illness is most commonly thought of in terms of how it affects people, other animals like dogs, cats, and livestock can also be at risk. Heartworm disease found primarily in dogs is spread through mosquitoes, as is equine encephalitis, a mosquito-borne illness that affects horses and humans.