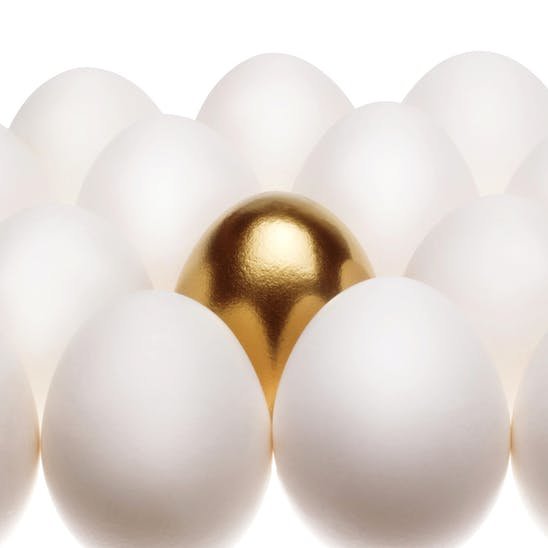 The Senate recently proposed to increase the research budgets of the National Institutes of Health, National Science Foundation, and NASA. While this is encouraging to the many scientists whose research is dependent on grants from these agencies, it comes at a time when scientific research is under increased scrutiny.

Questioning the merit of scientific research is certainly not new. In the 1970s and 1980s, the Golden Fleece Awards were an ignominious honor bestowed by a U.S. senator on what he considered “wasteful” research. The majority of the ire was aimed at research thought to be “useless.”

But having no obvious immediate application doesn’t mean something will never be of use.

Perhaps the difficulty in justifying basic research is in part a branding problem. The goal of this type of work is to understand the fundamental principles of nature, and it spans the STEM fields (Science, Technology, Engineering, and Mathematics). Once these fundamental principles are understood, they can be applied to more translational research that can have direct benefits to patients or consumers.

But the benefits of basic research are often not instantly recognizable. Potential long-term payoffs – perhaps ones that haven’t even been imagined yet – won’t help consumers or patients now.

There are countless discoveries whose eventual impact would have been very difficult to predict when the research was in its infancy. Honors like the Golden Goose Award, presented every fall since 2012, combat the idea of basic research being “wasteful” or “useless” by underscoring that it’s actually the foundation for further scientific innovation. Given enough time and support, basic research can yield significant real-world benefits that were hard to predict in advance. Here are two examples of scientific curiosity paying substantial dividends decades after the initial discovery.

What could a bioluminescent jellyfish contribute to medical science? LagunaticPhoto/Shutterstock.com

From glowing jellyfish to biomedical imaging

It was very unlikely that scientists were thinking of medical applications when in the 1950s they started studying why some jellyfish glow. Marine biologists discovered that the jellyfish Aequorea victoria was bioluminescent. What was unclear at the time was how this jellyfish produces its light, which is a vibrant green color.

Seven years later a group of researchers discovered that the living light from the jellyfish came from a single protein they called aequorin. Strangely, the light from the purified aequorin protein was blue, not green. After another eight years of work, they found that a partner protein to aequorin, which they called green fluorescent protein (GFP), produced the vibrant green-colored light seen in the living jellyfish.

The question then became how did the two proteins work together to produce this light? It took another 10 years of work to get the answer. A series of papers published in the early 1970s characterized a small molecule called a chromophore that integrated into the GFP protein structure. The structure of GFP was discovered in the early 1990s, which further helped researchers understand how this protein created light in living cells.

The first time the GFP protein was produced in an organism other than a jellyfish was in 1992. Expressing GFP in the small worm C. elegans and the bacterium E. coli made them both glow a brilliant green color. This breakthrough, nearly 40 years after the initial jellyfish study, opened the door for using GFP as a powerful tool for biomedical research. Today researchers use GFP to track protein interactions and movement in living cells, which is useful in the study of cancer and bacterial diseases. A current literature search in PubMed returns over 30,000 peer-reviewed published papers using the search term “green fluorescent protein.”

The impact of GFP has also been recognized with a Nobel Prize in 2008 and an inaugural Golden Goose Award in 2012.

What could a bacteria’s immune system add to genetic researchers’ toolkit? Meletios Verras/Shutterstock.com

From bacterial immunity to genome editing

A more recent example of how basic research is now driving incredible innovation can be found in the fields of synthetic biology and genome editing, thanks to what actually started out very humbly as the characterization of bacteria. In the late 1980s, researchers found that certain bacteria had short repeated regions in their genome, but they didn’t know their purpose. They called these DNA sequences Clustered Regularly Interspaced Short Palindromic Repeats; you’ve probably heard its acronym nickname CRISPR. Work characterizing and cataloging bacteria that had these short repeated sequences continued for 20 years before researchers discovered proteins associated with the short DNA repeats. They called them CRISPR associated, or Cas, proteins.

One major advance happened in 2005 when researchers realized that CRISPR sequences found in bacterial genomes match DNA in phages, viruses that infect bacteria. A few more years later, scientists showed that the CRISPR-Cas system was a type of adaptive immunity that bacteria use to remember phage infection and prevent it from happening again. The Cas protein cuts invading phage’s DNA to stop infection. This discovery was groundbreaking; no one had known something as simple as a single-celled bacterium could have a sophisticated immune system.

And then in 2013, researchers realized this type of directed DNA cutting could be used to edit the genomes of other organisms, not just bacteria. The method was quickly adapted for use in yeast, worm, fruit fly, zebrafish, mouse, plant and human cells. Genome editing in this way will have far-reaching implications for everything from food production to stem cell therapies.

Thirty years after its discovery, the scope of CRISPR research is truly impressive; a current literature search in PubMed returns over 10,000 peer-reviewed published papers using the search term “CRISPR.” The technologies stemming from CRISPR have not won a Golden Goose Award or Nobel Prize yet, but some speculate it is only a matter of time.

Answering fundamental questions – Why do jellyfish glow? Why do bacterial genomes have short repeating DNA sequences? – can lead to innovation and tangible benefits in many aspects of everyday life. And a Golden Goose Award or Nobel Prize is not required to show that a discovery has translational application. An entrepreneurship study published in 2017 highlighted that more than 75 percent of research articles published are eventually referenced in at least one patent disclosure. This study showed a strong link between patent applications, ostensibly a quantitative metric of innovation, and basic research taking place at universities and government laboratories.

Real-world impacts stemming from basic research can take decades to unfold. If basic science is not supported and funded in the U.S., other countries will take over the innovation leadership role. Much like the goose that laid golden eggs, time and patience are required to get the most out of basic research.