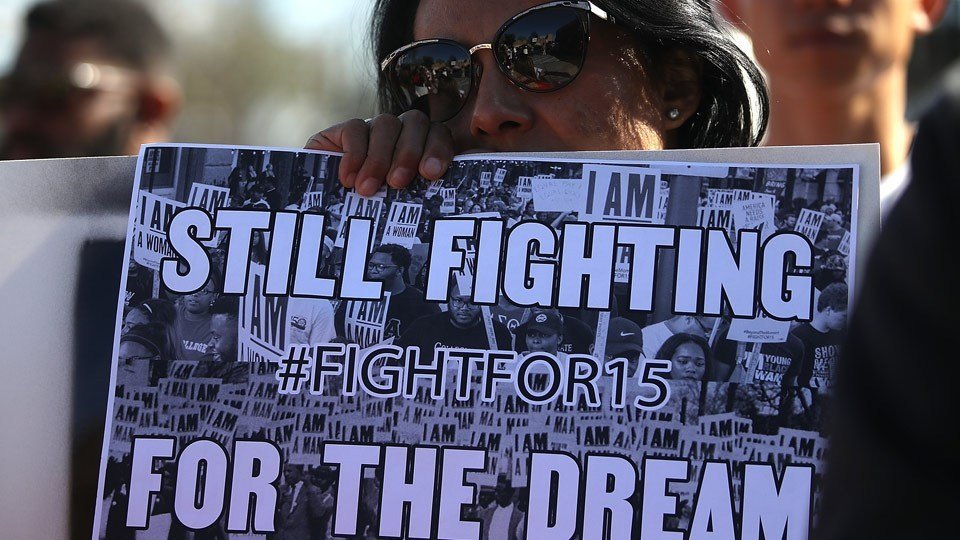 The current federal minimum wage is $7.25 an hour.

In 2020, voters will have the chance to vote on a proposal that would gradually raise the state minimum wage to $15 an hour.