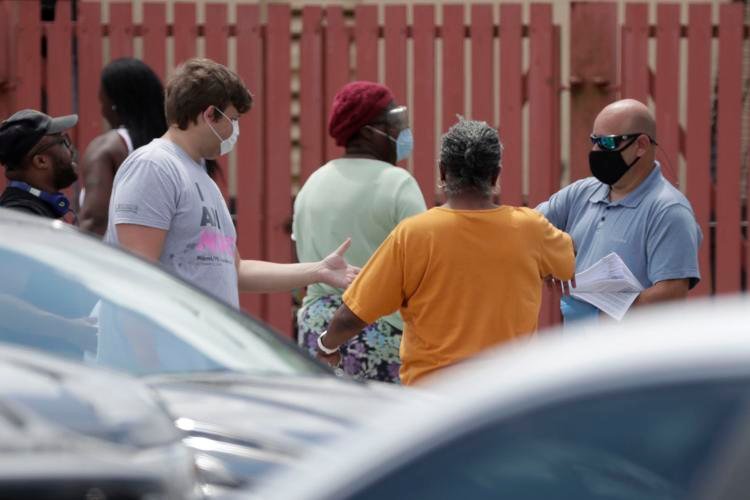 And it was no surprise.

In a 95-page draft report released by Gov. Ron DeSantis’ Office last week, Chief Inspector General Melinda Miguel found state officials, and lawmakers, failed to respond to dozens of problems identified in audits with the online CONNECT system since it was installed for $77 million in 2013.

Among Miguel’s findings is the Department of Economic Opportunity (DEO), which manages the system, originally requested CONNECT to handle up to 200,000 concurrent users, but Deloitte Consulting, which had the contract to build the system – a controversy in itself – only tested it to handle 4,200 concurrent users.

The system’s inadequacy was nationally ridiculed last spring when the CONNECT collapsed as Florida’s unemployment rate tripled to 12.9 percent. By April, CONNECT had only managed to process 4 percent of 850,000 claims.

In response, the state spent more than $100 million to upgrade on-the-fly a system DeSantis called the “the equivalent of throwing a jalopy into the Daytona 500,” by purchasing 72 servers, reassigning 2,000 state workers, contracting thousands of private call center employees to assist and launching a state Inspector General investigation into the fiasco.

And still, even after spending many millions to boost the system, Miguel notes CONNECT can only handle 100,000 concurrent users, half the capacity Deloitte was contracted to provide.

The report cites Deloitte, which Florida residents are suing in a class action lawsuit filed in June, for installing a system “under development” and leaving the DEO “poorly positioned to handle the unprecedented claims volume” caused by the coronavirus pandemic.

Deloitte steadfastly maintains it met its contractual obligations and has had “no connection” with CONNECT for more than five years.

While the report lays out Deloitte’s alleged failures, it spreads the blame to state officials and lawmakers for failing to correct issues in the system identified since 2014.

“The report tells us what we already know, which is that not only was Deloitte not able to meet the obligations of their contract but state government didn’t care enough to hold them to it,” said Rep. Carlos Guillermo Smith, D-Orlando. “It wasn’t the surge in employment claims that broke the site, it was any increase in claims whatsoever.”

New DEO Executive Director Dane Eagle, a former Republican lawmaker, told the Senate Select Committee on Pandemic Preparedness & Response Monday it would cost $73 million to enable CONNECT to concurrently handle 200,000 users and as much as $244 million over the next five years, including website maintenance and to sustain the upgrades implemented since last year.

The fiasco also underscored long-cited inadequacies in Florida’s “punitive” unemployment program that caps weekly payments at $275, tied for the nation’s lowest, for up to 12 weeks, the nation’s shortest span of unemployment eligibility.

Democrats have filed several bills seeking to boost unemployment, including SB 466, filed by Sen. Randolph Bracy, Orlando; SB 644 filed by Sen. Annette Taddeo, Miami; and SB 910, introduced by Sen Linda Stewart, Orlando, that would raise weekly benefits to $400 to $600 and eligibility to 24 and 26 weeks.

Reps. Anna Eskamani, Orlando, and Ben Diamond, St. Peterburg, have co-sponsored HB 207, which would funnel more money into improving CONNECT’s accessibility and performance as well as to expand benefits to a weekly maximum of $500 for up to 26 weeks.

In addition to the findings, Miguel recommends the state update its “System Disaster Preparedness Plan” for the unemployment system “to allow for greater scalability.” Other suggestions: