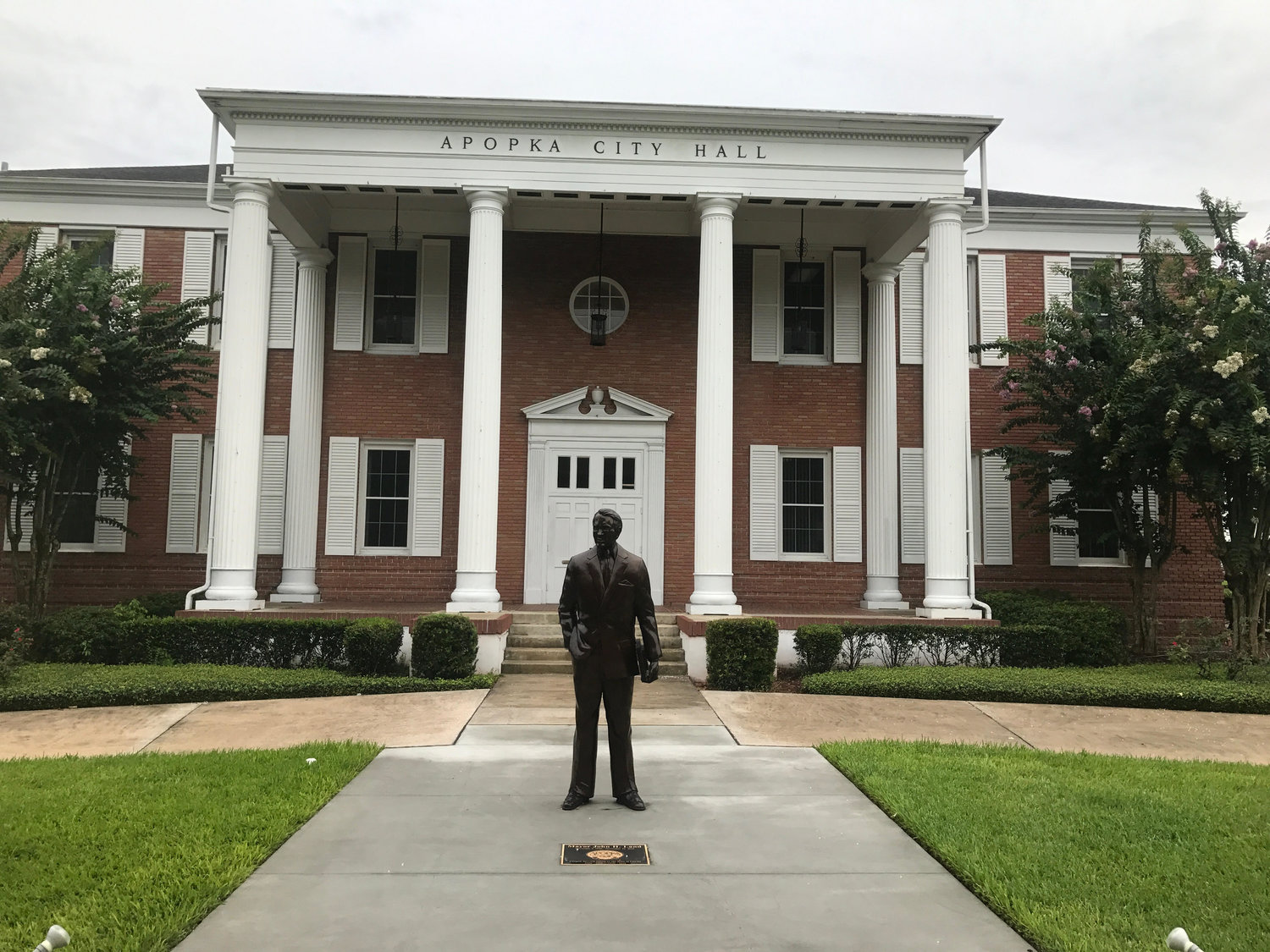 It is believed that Edmund Ruffin fired the first shot at Fort Sumter in South Carolina, on April 11th, 1861, thus starting the Civil War. Ruffin, a member of the Palmetto Guards (this was before there was a Confederate Army) took that small first step of a four-year conflict that ultimately changed the course of history.

In the March 3 City Council meeting, Nelson pushed back on a remark made by Commissioner Kyle Becker about the purchase of Camp Wewa. It started with Becker asking this question to City Administrator Edward Bass:

“...If we’ve got $3-million in operational and capital costs over the next five years, how can we ensure that we’re able to fund the critical need items as a City? How can I have assurances that we’re not being punitive to other departments and their needs? We’ve got several department heads in the room. You’ve heard from your employees. I’ve heard from several of your employees and they’ve voiced concerns about critical needs. In this room, today, do I have your confidence that we can meet critical needs while at the same time purchasing this property? ...My very pointed question is… are we putting critical needs at risk from other parts of the City to pay for this?”

Bass answered Becker in the affirmative, but then Nelson added this response:

“I think we as a City are pretty well run. The departments operate within their budgets. We know how to run the City, but what if COVID, plus, plus, plus hit us? All bets are off… and so we can’t make promises. We built up the reserves over the 25% that Commissioner Bankson asked for… so the reserves are as healthy as they have ever been. The debt load is as low as it has ever been… other than the water plant, which I wasn’t a part of… so we’ve made those hard choices along the way to get us where we are today. We’ve gotten ourselves in a position where we can make an offer like this... so I’m a little frustrated that we think that we’re not going to move forward in a fiscally responsible way."

Becker didn't ask Nelson the question directly and didn't question the effectiveness of his administration. He asked if a $7-million purchase could put any of the vital services in the upcoming FY21-22 budget in peril. Yet Nelson felt compelled to defend his actions for the last three years.

Was this the first shot of the 2022 Apopka Mayoral election?

No one has announced a run for mayor except Nelson, but Becker did release this statement last month when asked if he would run for mayor:

That certainly does not take a mayoral run off the table. In fact, it indirectly suggests that if Becker does not run, he is endorsing Nelson's vision and direction for Apopka.

But when has that ever stopped The Apopka Voice from talking about local politics? And this would-be matchup is just a little too intriguing to wait.

There are several burning questions related to this hypothetical election that need to be asked...

What would stop Becker from running?

There are a lot of reasons to sit this one out.

First off, it's incredibly difficult to defeat an incumbent, and Nelson will no doubt be well-funded, has strong name recognition in Apopka, and has never lost an election. He beat former Mayor Joe Kilsheimer with 63% of the vote in what appeared to be a much tighter race.

Secondly, in Apopka, you cannot run for office and remain a member of the city commission. If Becker runs, he would have to relinquish Seat #4 - win or lose despite having two more years in his term.

Finally, there are lifestyle factors that any candidate for mayor has to take into account. The mayor, unlike a city commissioner, is a full-time commitment. Is Becker willing to leave his employment? Is his family in support of a mayoral run?

In a traditional contest between an incumbent and a challenger, the first question the voters typically ask themselves is did the incumbent do a good job? If the answer is yes, it's going to be an uphill climb for a challenger to unseat them.

It is therefore imperative that the challenger makes the case that the incumbent did not perform well.

In his campaign against Commissioner Bill Arrowsmith in 2016, Becker vigorously contrasted the difference between experience and effectiveness in office.

If he were to run for mayor, he would again have to critique his differences with Nelson, and also convey how he would do it differently.

As a challenger, Nelson ran a withering campaign against former Apopka Mayor Joe Kilsheimer that described him as creating a budget nightmare. There were constant barrages on social media by Nelson supporters with attacks of every variety including non-local campaign donations, high turnover of department heads, overspending, and higher taxes.

When asked what is the most important issue facing Apopka (in 2018) Nelson stayed on that message.

"Without a doubt, the most important issue facing Apopka is the out-of-control spending and the depletion of the reserves. We must get our financial house in order to give our residents and potential business owners the confidence that we won’t need to raise taxes and fees to balance our budget."

As an incumbent, it would be surprising if Nelson did not run on his record in office - which his speech about fiscal responsibility in March would suggest. According to his assessment, he balanced the budget, got spending under control, paid off the debt, and built reserves in the general fund.

An incumbent that is comfortable with his performance in office, and in his political advantages (as an incumbent) rarely attacks a challenger.

But what if Becker's critique gains traction as it did in 2016?

Will Nelson bring out the dark artists that took to Facebook in 2018? Could this campaign get ugly?

When would the campaign start?

In two previous runs for office, Becker announced his campaign in October, which coincides with the completion of the fiscal budget for the upcoming year.

An October announcement leaves about six months for campaigning and raising money.

Nelson confirmed his intent to run for re-election, but an official announcement will probably come later - possibly in the summer months assuming COVID-19 is under control.

Over 1,900 years before Edward Ruffin took that infamous musket shot at Fort Sumter, another pretty famous politician made a provocative move that started an earlier Civil War.

On January 10th, in the year 49 BC, Julius Caesar took the historic 13th Roman Legion across the Rubicon River. The Roman Senate had ordered Caesar to disband his army and return to Rome. He was explicitly ordered not to take his army across the Rubicon River, which was at that time a northern boundary of Italy. Caesar brought the 13th legion across the river, which the Roman government considered insurrection, treason, and a declaration of war on the Roman Senate. According to some authors, he is said to have uttered the phrase "alea iacta est"—the die is cast—as his army marched through the shallow river, and onto actions that ultimately changed the course of history.

Will Becker cross the Rubicon and announce his intention to run for Mayor? That's still not clear. But it looks like he has metaphorically scheduled a long weekend stay at an Airbnb condo on the banks of the Rubicon for this Fall with his wife and three daughters to take a good look at the other side. And if he starts speaking Latin, you'll know the die is cast.