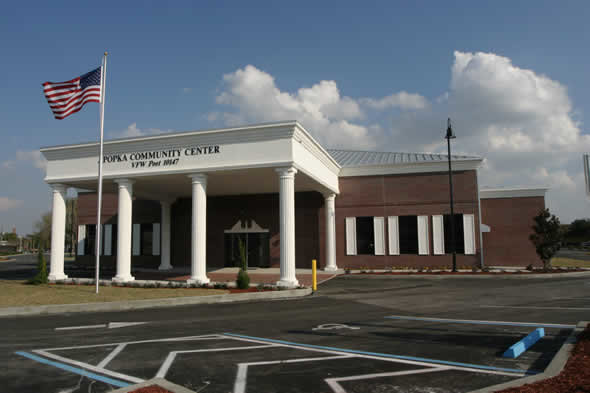 The Apopka Community Center will be the site for early voting in the 2022 Apopka Municipal Elections if the City Council approves the contract at its Wednesday meeting.
Posted Tuesday, January 18, 2022 10:42 pm
From Staff Reports

The Apopka City Council is expected to approve an agreement with the Orange County Supervisor of Elections (SOE) to conduct an early voting site from Tuesday, March 1st, through Sunday, March 6th, between the hours of 8:00 am to 5:00 pm. at its January 19th meeting at the Apopka Community Center.

According to the agenda packet, the SOE will charge $13,200 to administer the early voting site for the six days leading up to the March 8th election.

According to the packet, early voting is currently scheduled at the SOE office, located at 119 West Kaley Street, Orlando, Florida beginning on Monday, February 28th through Friday, March 4th between the hours of 8:00 a.m. to 5:00 p.m.

In the packet, it states:

The issue was discussed at the previous City Council meeting on January 5th meeting.

Apopka residents wishing to vote in the 2022 election must be registered by February 7th at 5 pm.

There will be no runoffs (which occur when the leading candidate does not receive 50%-plus-one of the votes in the general election) because there are only two candidates in each contested seat.