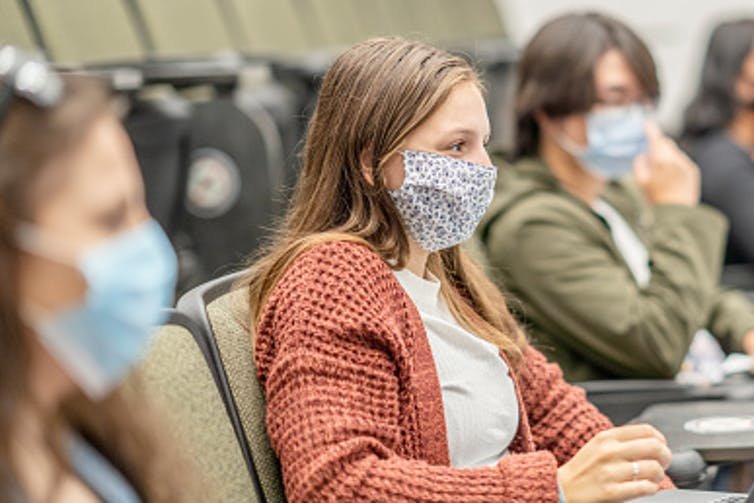 Students’ positive attitudes toward conservative ideas are the same before and after four years of college. FatCamera/E+ via Getty Images
Posted Friday, September 11, 2020 12:02 am

Publisher's Note: The Apopka Voice hopes that sharing this brief on research currently being pursued will spur awareness, discussion, and hopefully edge toward conversation and solution-finding within our families and communities.

Focus on Research: A short take about interesting academic work

Over four years of college, students develop positive attitudes for political liberals but not conservatives.

But that’s not the whole story.

Students were actually surveyed over three points during college. In 2015, 42% of students had “high” positive attitudes toward political conservatives. That share increased substantially to 50% in 2016. Three years later, in 2019, it returned to 42%.

At first glance, these findings may seem to support the idea that college makes students more liberal. However, if that were the case, positive attitudes toward political conservatives would have plummeted well below pre-college levels.

Why did student attitudes toward liberals steadily grow more positive while attitudes toward conservatives did not? Notably, data between the second and third wave of collection took place after the 2016 presidential election. This raises the possibility of a potential Trump effect. But we cannot be certain because changes in students’ attitudes can be attributed to any number of factors within and beyond their campus experience.

What experiences lead students to develop more positive attitudes toward political liberals? Or conservatives? Answers to these questions will enable educators to design learning environments that help students develop more positive attitudes toward all political ideologies, not just their own. In a time of heightened political polarization, cooperation across political differences is imperative to a functioning democracy. Higher education has the potential to contribute to this aim.

We don’t know if and how these attitudes will continue to change – or how another contentious presidential election might affect them. Ultimately, we would like to gather this information by surveying this cohort again after the 2020 elections.