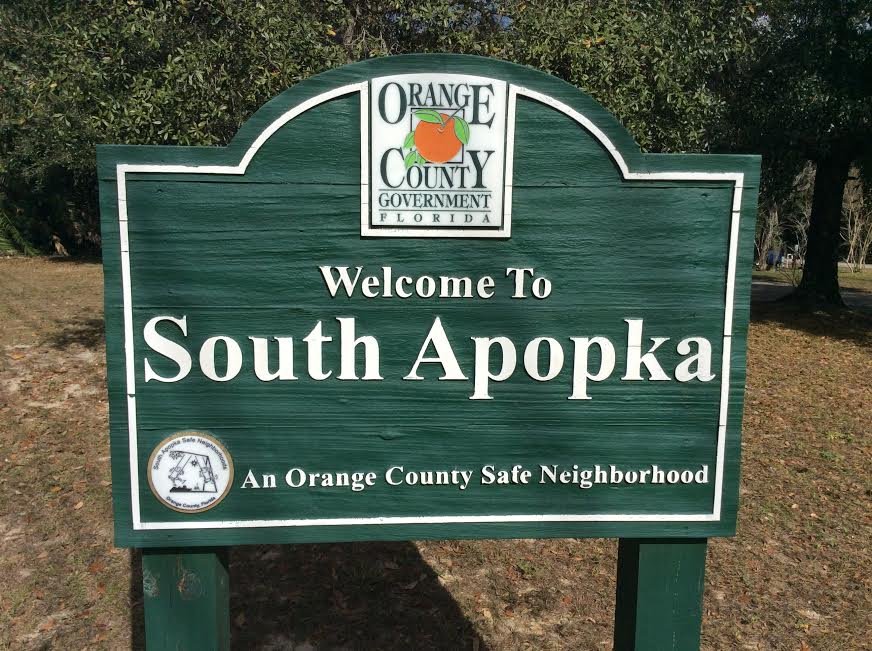 The mission of The Apopka Voice is to engage, inform, and make a difference in the community. We want to tell the story of Apopka - all of Apopka. That's what local news sites do - report the news.

But sometimes they are the vehicle that drives change.

Lawrence Altman, a reporter for The New York Times, wrote this lead about an alarming 1991 Cholera outbreak in Africa:

"CHOLERA is sweeping through several African countries at "a catastrophic pace," the World Health Organization said yesterday, killing people at a much higher rate than in South America, where the first epidemic in 90 years struck in Peru last January.

The African total of more than 45,000 cholera cases for the first seven months of this year exceeds the total for all of 1990. Although fewer cases of the diarrheal disease were reported from Africa than from South America, the death rate is higher in Africa, said the organization, an agency of the United Nations. Death rates range from 6 to 10 percent in some African countries and are as high as 30 percent in some areas."

Altman later said in an interview that the story did not seem to get any traction among its New York readers, but it resonated with a guy in Seattle who decided to take action.

A few years later, and after a lot of trial and error, Gates created and manufactured a wastewater purifying machine and went a long way in solving an otherwise hopeless and catastrophic problem.

In 1993, a billionaire philanthropist named Tom Cousins read an article about New York City prisons that made this surprising statement:

Cousins did local research and found that a similar scenario existed in Atlanta... and to make matters even more personal, some of those zip codes fell in a community called East Lake. This was the neighborhood where he purchased the historic East Lake Golf Club.

Cousins took immediate and substantial action to improve the lives and conditions of the struggling East Lake community. It's now one of the great neighborhoods in the Atlanta area.

This is that occasion.

The Apopka Voice is not The New York Times, and our audience isn't billionaires in Seattle or Atlanta. But we don't need outside help or money to solve this issue.

This is an 'open letter' written specifically to a group of elected officials and one chamber CEO/President whose boundaries fall into South Apopka - both the city and county parts of South Apopka, that is.

All of you represent South Apopka, and all of you should be well aware that it's hurting and in need of support.

For too long, South Apopka has struggled while the city and county flourish around them. Yes, it's a tale not exclusive to Apopka or Orange County. Many underserved communities remain underserved perpetually. It's happened and is happening across the country. Apopka is not the only city with a struggling section of town. Many people have pointed this out over the years when talk of South Apopka is given a platform.

But that doesn't mean it shouldn't be righted.

A time for leaders to lead

We're calling for the leaders of this community to step forward and make South Apopka a priority in the coming fiscal year. Remember South Apopka when you head back to Congress, the Legislature, the County Commission, and the City Council.

The American Rescue Plan is an infusion of cash coming to a city, county, and state near you very soon. And while the details, terms, and timing are not yet known, it's not too early to start talking about where it might go in this community... or how this financial windfall can free up budget dollars not encumbered by federal guidelines.

The City of Apopka is the beneficiary of approximately $7 million. Orange County is receiving about $272 million. I'm well aware that there are specifics to spending money related to COVID-19, but surely a case can be made for South Apopka taking a massive hit during the pandemic, and deserving, perhaps, for the first time, a large share of that cash to rebuild, repair, and improve its community.

It's time to stop bragging about the improvements made to Alonzo Williams Park, the Billie Dean Center, and the John Bridges Community Center. All three of those great men, I think, would gladly trade naming something after them for improvements to their beloved community.

It's time to do the hard work of making South Apopka as important as other parts of Apopka and Orange County.

The reasons for inaction...

Yes, I've heard the excuses. "It's a county problem more than a city problem." "We're not sure South Apopka wants our help." "We don't want to gentrify the community." I've also witnessed the deafening silence of Orange County on this matter.

South Apopka is trapped in an endless generational cycle of poverty, joblessness, and crime. It's time for its leaders to prove it can solve difficult problems, master complex issues, work together (city, chamber, county, state, and federal), form business partnerships, involve the community, roll up your sleeves, and make South Apopka a thriving community comparable to Rock Springs Ridge, or Errol Estate.

But when your house is on fire, you don't check your bank balance, mow the lawn, or polish the silverware. You put the fire out.

South Apopka is on fire and has been for decades. It's time to act.

Editor's Note: In the coming weeks, The Apopka Voice will publish a series of articles under the heading "Make South Apopka your North Star". The series will include steps we believe leaders should consider for the advancement of this historic Apopka community. Look for the next installment on Monday, July 5th entitled "10 ideas to help South Apopka flourish".