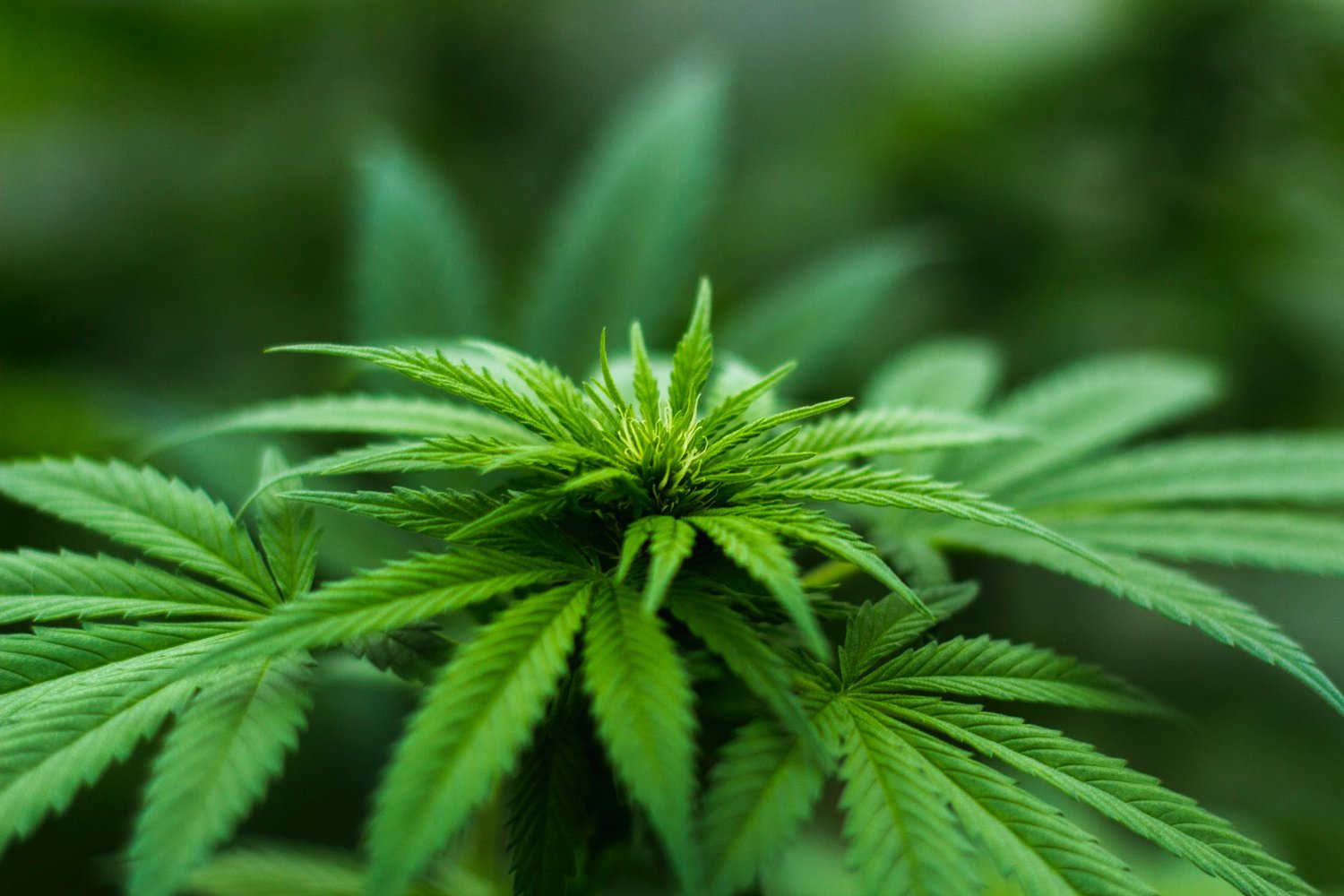 5-0 vote sends Ordinance 2388 back to the drawing board

At its Wednesday meeting, The Apopka City Council voted unanimously to modify Ordinance 2388 - which banned the sale of medical marijuana in Apopka.

That is the takeaway, but how they arrived at that result is the true story...

It was 6:30 PM. 30 minutes before the beginning of the Apopka City Council meeting, and dozens of people were present in the chamber, and in the parking lot at City Hall.

"This is going to be a long night," I said to my colleague sitting at the media table.

"I'll take 10:30 as the over/under," I said back to him, hoping his prediction was the winner.

And as we spoke, the Council Chamber filled to capacity.

On its own, the Council agenda was full. There were three items on the consent agenda, three items on the business agenda, and 10 items on the public hearings/ordinances/resolutions agenda, including the second reading on an alcoholic beverages ordinance that was bound to be debated for a long period of time.

It was going to be a long meeting.

But the primary reason Council Chambers was a full house was because of Commissioner Kyle Becker's request to discuss policy revisions on Ordinance 2388 concerning medical marijuana.

Speakers from all over the state shared their experiences. They came from Gainesville, New Port Richey, Bushnell, Lake Mary and Pasco County to explain to the Council how medical marijuana had, in many cases, given them their lives back. In total, 14 spoke in favor of medical marijuana, while four speakers were against it. Mothers and fathers, daughters and sons, brothers and sisters, veterans and Apopkans all got up and told their story with a common theme of how medical cannabis saved their lives or eased their pain.

It was a moving presentation that gave the City Council a lot to think about.

Becker, Commissioner Doug Bankson, and Mayor Joe Kilsheimer had the most to say once the issue was given back to the Council. Becker opened with his presentation that seemed to gain purpose after hearing those 18 people speak.

"I'm pretty passionate about the compassionate use of medical marijuana," he said. That does not mean I'm compassionate about crime. I do realize there are people who will take advantage of anything. But by a show of hands how many people have been personally affected, or have a family member or close friend who suffers from cancer, epilepsy, glaucoma, HIV, AIDS, PTSD, ALS, Krohn's disease, Parkinson's disease, or multiple sclerosis? Quite a few. By the same show of hands how many people have been convicted of strong-arm robbery, burglary of a dwelling, how many people have taken advantage of someone in a criminal manner? Not many. And so for us to sit up here and make a policy decision based on the lowest common denominator of our society is not helping."

Becker went on to focus on the credibility of the dispensaries, and ask for a revision to the current ordinances that do not allow medical marijuana in Apopka.

"The fact of the matter is that these are very legitimate longterm businesses that are not going to jeopardize their business by transacting in something that is not safe. The product they sell is legal, and obviously a major health benefit to the people that use it. So what I recommend to this Council is that we revoke the ban and that we entertain good sound legislation and policy for the residents of Apopka - 71% of whom overwhelmingly voted to support this product so that they can have readily available access to it."

Bankson was the most verbal about his apprehension to welcoming medical marijuana into Apopka, but he too left the door open after hearing those stirring accounts.

"Everyone has heartfelt feeling and emotion behind this, and the only way we can rationally deal with this is to diffuse the emotion and look at the heart of the issue. The problem is there is a ditch on both sides of the road. And there's no question that this is not a debate about the benefits of cannabis. But there are experts who are cautioning us about some of the other things. Here is my perspective - there is a ditch on both sides of the road. You have some saying you can't fall into this side of the ditch - true. The other things - and this is the thing that angers me - sincere people are being used for what's coming next and that concerns me. All you have to do is google Mr. Morgan's rant that says we're going to get this (marijuana) for recreational use. But all medications have pros and cons... and when you're suffering severely it's worth trading these things to get relief. I understand that. It was stated that one or two dispensaries would be a godsend. That's my issue. Just because Orange County voted yes is not reason enough for me to say 'let's open the floodgates.' I would feel more comfortable if we had a zoning measure similar to what we had before we were put in this situation to make us look like the bad guys. You'd have to be heartless not to care about these people. But we do have a responsibility to both ditches, and the danger is what has happened in the eight states (that legalized marijuana both recreationally and for medical purposes). Florida is more restrictive, but they are using this as a springboard, they have openly stated this. The question is are we opening a door that we may regret? How can we fulfill what everyone wants... and doesn't want? As an elected official I do feel that responsibility and knowing there's a huge lobby all across the US to try and make it (marijuana) for recreational use."

Despite his reservations, he too was open to Becker's proposal.

"So what can we do with this? If we can deal with the zoning... what can we do to keep it for the pure purposes and get it to those who sincerely need the help? So I am open to addressing this as a zoning matter as long as we don't open the door to another ditch."

Kilsheimer reminded the Council of what circumstances created the ban in the first place. However, those circumstances changed after a surprising vote by Orange County.

"We've got to keep this simple, and for me, this has always been a zoning issue," he said. "And the reason it's a zoning issue is that you get one choice - ban or don't ban. My sole objection prior to us considering the ban a few weeks ago was supposedly all of the jurisdictions around us were going to ban it, and if we didn't we would wind up with all the dispensaries. Well, that went out the window when Orange County voted to allow dispensaries. As it stands today, we're going to have it on our doorstep whether we take action or not. It's a zoning issue. Therefore it makes no sense for Apopka to continue to keep banning medical marijuana dispensaries."

The discussion went back and forth between Council and City Attorney Cliff Shepard until a resolution was found, at which point Kilsheimer asked Becker to make a motion:

"I would move that we instruct staff to make revisions to Ordinance 2388 to allow for medical marijuana treatment centers in the city of Apopka, which marches us towards the eventual revocation of Ordinance 2582 which bans medical marijuana treatment centers within the city of Apopka," Becker said, and then watched as his motion carried 5-0 to the applause of a still large crowd.

So it was an emotional, passionate, sometimes adversarial evening. It's not too often that emotional presentations win the day with the City Council, or with me for that matter, but win the day they did.

I went into this meeting indifferent to the issue... actually more interested in how Medical Marijuana might affect the coming Apopka elections. But in all sincerity, I left happy that those Apopkans that need medical marijuana might be given easier access to it.

It was also good to see the Council, who only a few weeks ago voted 4-1 to ban medical marijuana, reverse its course when circumstances merited a change in direction. They worked through their diverse opinions on a volatile subject and made a good faith effort to do what was best for some of its most vulnerable residents.

Oh, and by the way, the meeting ended at 10:27 PM... just as the journalists predicted.