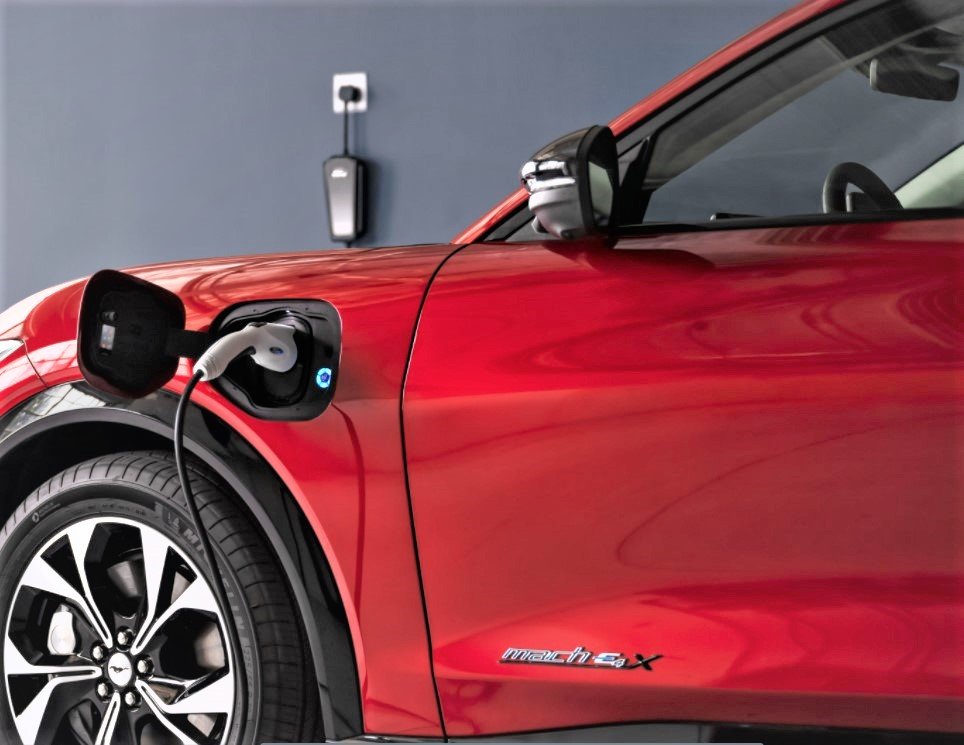 Ford claims the Mustang Mach-E, which rolled out in late December, offers Porsche-level 480 horsepower, 0-to-60 mph acceleration in 3.5 seconds, and 300 miles of range between charges

Electric vehicles are selling fast in Florida, thanks to consumer demand and carmakers that know a revolution when they see one.

Transportation — from cars and trucks to trains and planes — is the No. 1 source of greenhouse gas emissions that cause climate change, which Biden calls an existential threat to humanity and which he has pledged to fight on a global scale through executive actions, federal legislation, and science-based public policy.

The national market for EVs remains small, around 2 percent to 3 percent of all motor vehicles, but Florida is the second-largest piece of that market, accounting for 4.4 percent of all sales, according to the Southern Alliance for Clean Energy and Electrify The South. EVs are especially popular in affluent, cosmopolitan, Tesla-loving south Florida.

As other brands make inroads, interest is growing in expanding EV-charging infrastructure to further support the trend.

Last year, Floridians jumped at the chance to pre-order Ford’s powerful, all-electric 2021 model of its iconic Mustang, and dealers say buyers also are eager to see the all-electric F-150 that Ford will release later this year.

“Florida features in the top five states for Mustang Mach-E customer orders across the country,” Alvaro Cabal, Ford Motor Co. communications manager, told the Phoenix this week. “Ford more than doubled its sales of electrified vehicles in Florida through February of this year,” compared with January-February 2020, he said.

Ford claims the Mustang Mach-E, which rolled out in late December, offers Porsche-level 480 horsepower, 0-to-60 mph acceleration in 3.5 seconds, and 300 miles of range between charges of its extended-range battery. Ford markets it as beautiful, fast and sexy.

And still, it emits zero carbon into the atmosphere.

That’s music to the ears of environmentalists and scientists fighting to wean Florida, and the world, off gasoline- and diesel-powered internal combustion engines that emit nearly one-third of all greenhouse gases, according to the U.S. Environmental Protection Agency’s new climate-change website. It is the EPA’s first such site in four years, launched March 18 under new Administrator Michael Regan.

Ford says its all-electric F-150 will have more horsepower, torque, and acceleration than any F-150 before. And Rivian, an American startup, is expected to roll out its electric pick-up this summer, featuring a range of 300-400 miles between charges and autonomous driving. Rivian also is supplying all-electric delivery vans to Amazon.

Biden’s $2.2 trillion national infrastructure plan calls in part for installation of more than 500,000 charging stations for electric vehicles, replacement of the federal government fleet with EVs, and many other projects to rebuild the nation’s wobbly, pandemic-scarred economy as one that runs on clean, sustainable energy.

“Imagine what we can do,” Biden said in a televised address, inviting viewers to picture traveling coast to coast aboard all-electric trains. “If we act now, in 50 years, people will look back and say, this was the moment America won the future.”

Gauging by announcements from General Motors, FedEx, Amazon and other major corporations involved in transportation, conversion to all-electric vehicles is not only inevitable but well under way.

GM chief executive Mary Barra announced in late January that the giant automobile maker will deliver 30 all-electric models by 2025 and will sell only zero-emission cars and trucks by 2035.

“We believe that after one of the most difficult years in recent history, this moment will prove to be an inflection point: the moment when our world’s reliance on gas- and diesel-powered vehicles will begin transitioning to an all-electric future,” Barra said in the presentation.

If you build it …

Sen. Jeff Brandes, a Pinellas County Republican, tried last year and is trying again to win legislative support for expansion of the EV charging network. While private enterprise is setting up charging stations where it finds lucrative urban markets, Brandes wants to accommodate growth in EV usage throughout the state.

“This is the trend the world, I think, is going to follow for the next few decades,” Brandes told senators in a hearing on his proposed legislation, Senate Bills 138 and 140. Thirty-percent of vehicles on the road in Florida could be EVs by the end of this decade, he predicts.

Anticipating pushback from lawmakers concerned about EV use cutting into state gas-tax revenue, Brandes wants to impose a registration fee on EVs to help pay for roads and to finance grants to counties to install EV charging stations.

His bill would charge EV owners $135 a year for passenger cars, $235 for heavy-duty vehicles, and $35 for hybrids (with both electric and gasoline engines). The fees would increase in 2026 and expire in 2030 unless renewed.

Sen. Keith Perry, a Republican representing Alachua, Putnam, and Marion counties, questioned whether $135 a year would be enough.

Leighanne Boone, an attorney and president of ReThink Energy Action Fund, said lawmakers should approach that question from the opposite direction. She would like them to offer rebates and other incentives to Florida motorists to buy electric vehicles, rather than tacking on fees that make the sticker price of EVs even higher in comparison with conventional vehicles.

EV drivers’ contribution to offsetting climate-induced inland and coastal flooding, extreme heat, and fiercer hurricanes is well worth encouraging, she said. She commended President Biden’s infrastructure initiative for creating a path to decarbonizing transportation and the planet’s atmosphere.

“Although EV ownership is already growing tremendously in Florida, the biggest impediment is still cost. Rethink Energy Action Fund is concerned that SB 140’s additional annual $135 tax on EVs will significantly slow EV adoption, as it has when similar taxes were passed in other states,” Boone said.

Transportation is the single largest source of greenhouse gas emissions, followed by generation of electricity from fossil fuels, according to this 2018 report. Credit: U.S. Environmental Protection Agency

“Unfortunately, this additional tax will fall hardest on low- to middle-income Floridians,” she said, adding that EV owners mostly charge their vehicles at home, not at charging stations, and pay for their own charging equipment and the electricity they use.

David Cullen, with Sierra Club Florida, said Sierra strongly supports an amendment to Brandes’ bill dedicating all the EV fee revenue to development of EV charging infrastructure, with none going into general funds for road projects.

Electric vehicles and their batteries are becoming more affordable but remain pricier on the front end than their conventional counterparts, say Cullen and Boone. That discourages some prospective buyers, though EVs are more economical in the long run because of savings in fuel and maintenance — not to mention the incalculable value of retarding climate change.

Brandes is seeking support for his bill to jumpstart installation of EV-charging stations where there are few or none, and to guarantee that drivers of EVs have ample access to charging stations on interstates during hurricane evacuations.

Stan Cross, with the Southern Alliance for Clean Energy, said the United States must stop subsidizing the oil industry, as Biden proposes, and invest in new jobs to build a robust, clean economy in which citizens are confident about the reliability of their energy sources. He cites North Carolina as a leader in the Southeast in adopting and implementing electrification, with startup help from government.

“We forget how much government support went into starting up every disruptive technology that ever existed,” Cross said, citing development of broadband internet and cell phones as examples. Also, he said, the strategy of electrifying muscular vehicles such as the Mustang EV, pickups, buses, and even garbage trucks will help more consumers view EVs as workhorses, not indulgences.

“There are hundreds and hundreds of these in service in Florida,” Cross said. “It helps get folks beyond the perception that an EV is not much beyond a golf cart.” Cross added that the electricity powering EVs ideally will come from clean energy, too, such as solar power collected at home.

Likewise, Florida Conservation Voters announced its support for Biden’s infrastructure and jobs plan and called on Florida’s congressional delegation to support it — both to address climate change and to create sustainable jobs when so many Floridians and Americans are out of work.

This report was updated to include the proposed amendment to Sen. Brandes’ bills 138 and 140.