Sanchez tries to suppress the fire over the AFD budget 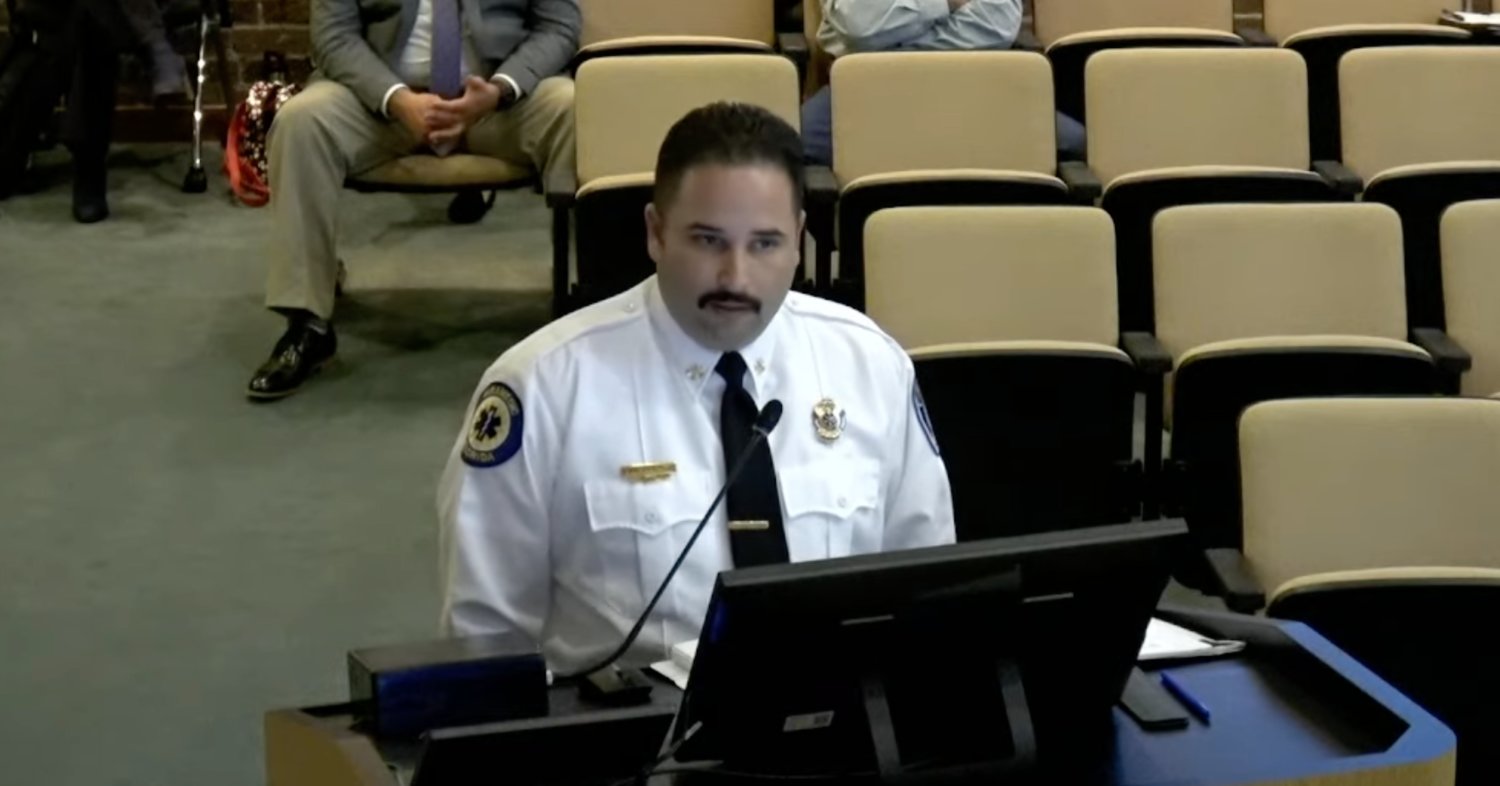 Wil Sanchez, the AFD's Division Chief of EMS, stepped in for Apopka Fire Chief Sean Wylam to present a revised version of their budget/plan for the next three years.
Posted Thursday, September 8, 2022 11:41 pm
By Reggie Connell, Managing Editor

For two straight budget cycles, Wylam has faced the wrath of the Apopka City Council. Last year, they clashed with Wylam about staffing fire engines with three firefighters. This year, it was primarily about safety and training officers. But at the end of the workshops, it all seemed resolved when the budget included additional funds for new AFD training and safety officers.

But a funny thing happened between the budget workshops and hearings - the idea of hiring enough firefighters to add a third person to the fire engines returned.

Wylam, however, did not.

Wil Sanchez, the AFD's Division Chief of EMS, stepped in for Wylam to present a revised version of their budget/plan for the next three years.

"Chief Wylam was unable to attend the meeting today," Sanchez said. "He had a prior commitment. But he's briefed me. He's updated me on the current events, and I'll do my best to try to answer everything for you."

Much has been said about the AFD in Apopka over the past few weeks. Social media has been ablaze, calling for additional safety measures and firefighters well beyond Wylam's three-year plan. The Apopka Voice has also urged the City Council to act this year. But perhaps the most persuasive voice in this debate has been that of Michael Duran, the father of deceased firefighter Austin Duran.

Sanchez was well aware of the firestorm brewing in the community and immediately responded to their pleas.

"I'd like to update everybody as far as where we're at," Sanchez said. "It's been 69 days since the accident, 54 days since Austin passed away. Men and women of the Apopka Fire Department are still mourning. On their behalf, I want to thank you all for your support. We've seen it, we hear it. The men and women understand that you want to support us moving forward... so we're very thankful for that."

Sanchez announced a Safety Committee, now staffed with new members and meeting more frequently. He also acknowledged "flaws" in some practices made by the AFD.

"We've had four meetings," he said. "We have another meeting set for next week. We've been meeting more frequently than we've ever done. Our purpose behind this is, during these meetings, we're trying to do a safety assessment. And we're trying to look at practices within our department that have some flaws, we're reviewing some policies, we're kind of taking a step back."

He also acknowledged the need for two additional safety and training officers already in the budget for the fiscal year 2022/23.

"I want to emphasize in order to proceed any further than what we have, we need a dedicated health and safety officer. We need somebody with direct oversight, somebody that's going to be able to guide our safety committee moving forward in every aspect of it to assist with a specific training officer in the development of all of our policies. This is my second focus point of not only having a dedicated training officer for this with a dedicated health and safety officer together, they could roll this out to the entire department. This is something that we need. Just being honest with everybody here."

"We started reviewing some policies. We've had to take a step back. We'd love to provide the same level of quality to all the citizens in every response here we do have, but we honestly have to take a step back. There are some individuals that have been onboarding into our department that have not received the appropriate training to be doing some of these functions. And that's why I emphasize again, my biggest thing up here today is to drive that home that we do need a dedicated training officer. We need a health and safety officer. With that, we can now move forward as far as implementing our current practices, new practices, and everything as far as going back to the basics of the fire department and making sure that everybody is properly trained."

"In reviewing as far as when Chief presented to you on the last session, he came forward with a three-step process. I think it just needs to be articulated a little bit better... that his goal is to put three individuals on every fire apparatus. He has it broken down into three different years, three different budget years, the first year starting with this one with six, and the next budget year would be 12. And then the third budget year, he's asking for an additional six. I have not had the opportunity to talk to him about this number because I think it will be actually nine on the last budget so that we could fill all seven of our fire apparatuses was somebody on there with three individuals on their fire apparatus."

When pressed by the Council about adding all 18 firefighters to this budget, Sanchez questioned if the AFD infrastructure was ready for that amount of additional manpower.

"We have an issue with infrastructure, our fire stations were only designed for I think some of you have taken visits to our fire stations, we have to do some type of retrofitting remodeling to it. Only one fire station is set up with coed living. Some of our showers... the piping station one you guys are all aware of it as far as that's in thank you for moving forward to public safety building. But it's to the point where it's coming right back up the drains, ACs are going out, leaks are happening at fire stations."

Sanchez isn't even certain the AFD could add one firefighter before the infrastructure is in place.

"This is where if we want to move in this direction, and we will do anything that you want, we need to also make that a priority. We've added the people we have to retrofit some of these fire stations. We have to fix the infrastructure. If you said tomorrow, let's add an additional firefighter, we don't have any space for them. Station five, which is our new station, was at capacity on day one. At one point, we had a firefighters station at station five the only way we accomplished that was using our EDA room and putting a bunk bed in there."

Commissioner Nick Nesta, during his questioning, noticed the difference between Sanchez and Wylam.

"Your presentation is a severe disconnect from your counterpart two weeks ago," Nesta said. "I heard a lot of needs tonight. It was refreshing to hear."