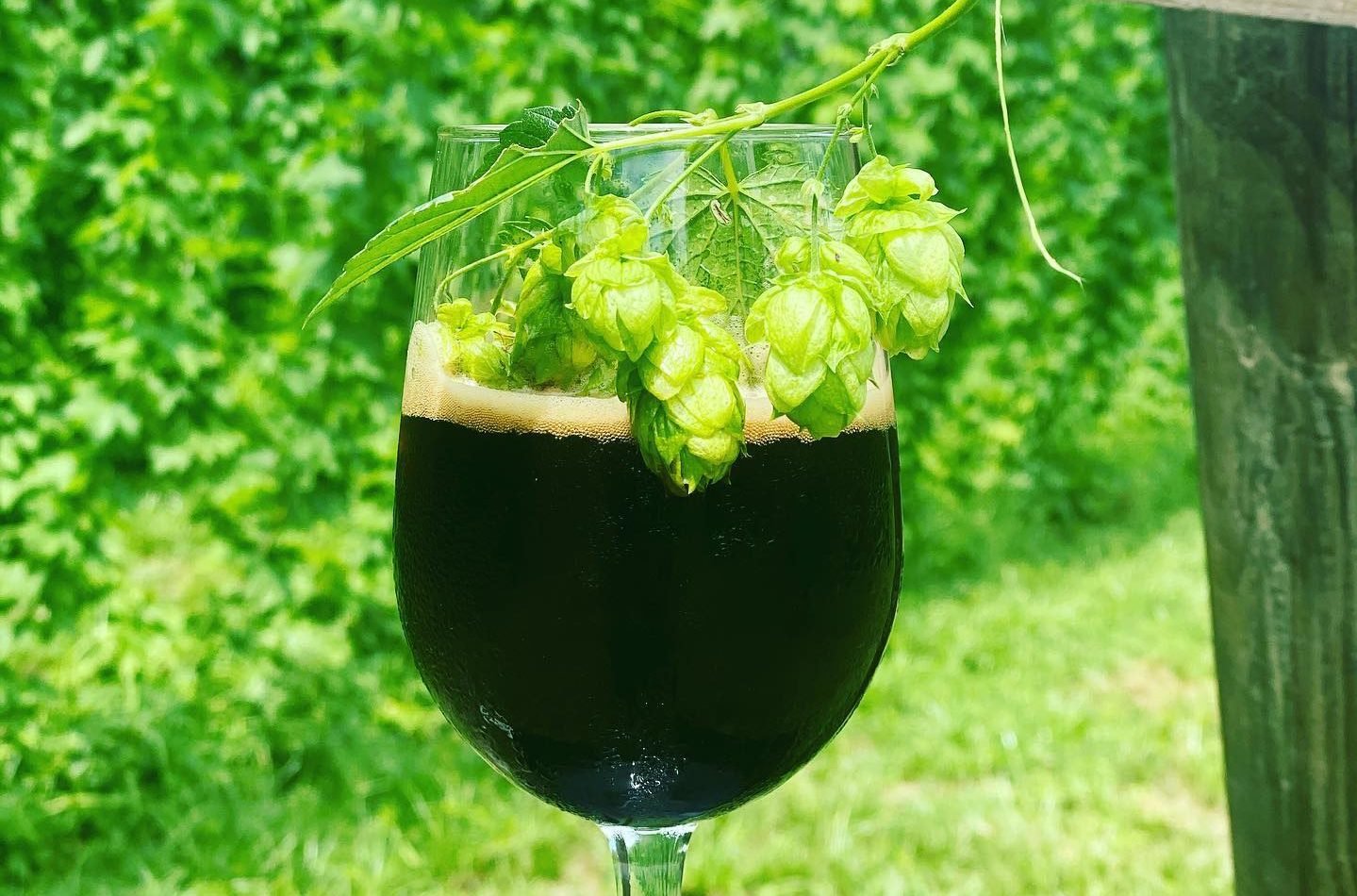 Brewers like the flavor and aroma that come from Florida-grown Cascade hops, says a University of Florida Extension agent. They say it tastes a little like candy.

Matt Smith admits his sample size is small thus far – only seven brewers -- but he’s excited by what he’s hearing from those who make craft beers. For example, of those he’s polled, most said they would brew craft beer made from Florida-grown Cascade hops if given a chance.

“Cascade is traditionally grown in the Pacific Northwest and tends to provide floral, citrus and spicy flavors to the product, but most of the brewers who used Florida-grown Cascade hops tasted candied lemon and tropical fruit flavors,” said Smith, a multicounty UF/IFAS Extension agent serving Pasco, Hernando and Sumter counties.

That news excites researchers who presented the latest data at the June 2 Hops Field Day at the UF/IFAS Gulf Coast Research and Education Center. Scientists are trying to grow several hops varieties.

The flavor, aroma, yield, and more are all critical pieces of the puzzle as UF/IFAS researchers try to meet the growing needs of the craft beer market. They’re mostly interested in quenching the thirsts of craft beer brewers and consumers in the Tampa Bay area, with an eventual eye on the rest of the state.

Several years ago, at the request of Tampa Bay-area microbrewers, UF/IFAS scientists started to test whether hops would grow in the Sunshine State. At that time, the state had about 30 microbreweries. Now, there are about 380.

In Apopka, the Fox Valley Farm and Hopyard is the leader in locally-grown hops.

The hops at Fox Valley Farm and Hopyard in Apopka.

About 73% of the nation’s hops crop, including Cascade, grows in Washington state.

Hops grow so well in the Pacific Northwest because days can run as long as nearly 16 hours – ideal for hops growth. Because of its latitude, the longest Florida days are about 14 hours. Without enough daylight hours, the hops yield a fraction of what they should.

So, researchers here had to adjust.

They installed LED lights to trick the hops into thinking the Florida days are longer than they really are.

A participant at the Hops Field Day takes a cone from a plastic container. Many who attended the field day smelled cones for the aroma of the hops …

Based on four years of trials, researchers have concluded that Cascade yields the most of any of the cultivars tested in Florida. They have also tested Comet, Nugget and Zeus hops.

“Although the latter three cultivars produce less, their cones (the part of the plants that impart flavor and aroma to beer) tend to contain more alpha acids and essential oil, making their cones more aromatic," Deng said.

Deng is also planning to breed hops. He hopes to develop hops with a stronger aroma than regular Cascade.

The mission of the University of Florida Institute of Food and Agricultural Sciences is to develop knowledge relevant to agricultural, human, and natural resources and to make that knowledge available to sustain and enhance the quality of human life. With more than a dozen research facilities, 67 county Extension offices, and award-winning students and faculty in the UF College of Agricultural and Life Sciences, UF/IFAS brings science-based solutions to the state’s agricultural and natural resources industries and all Florida residents. For more information, go to ifas.ufl.edu.

University of Florida, UF/IFAS, Hops, Florida Hops, Fox Valley Farm and Hopyard, Environment, Are there any Florida hops growers in Central Florida? Why do Florida hops taste sweeter? Where can I go to learn more about growing hops in Florida?

Learn to make this fresh and sweet Mexican rice-based drink