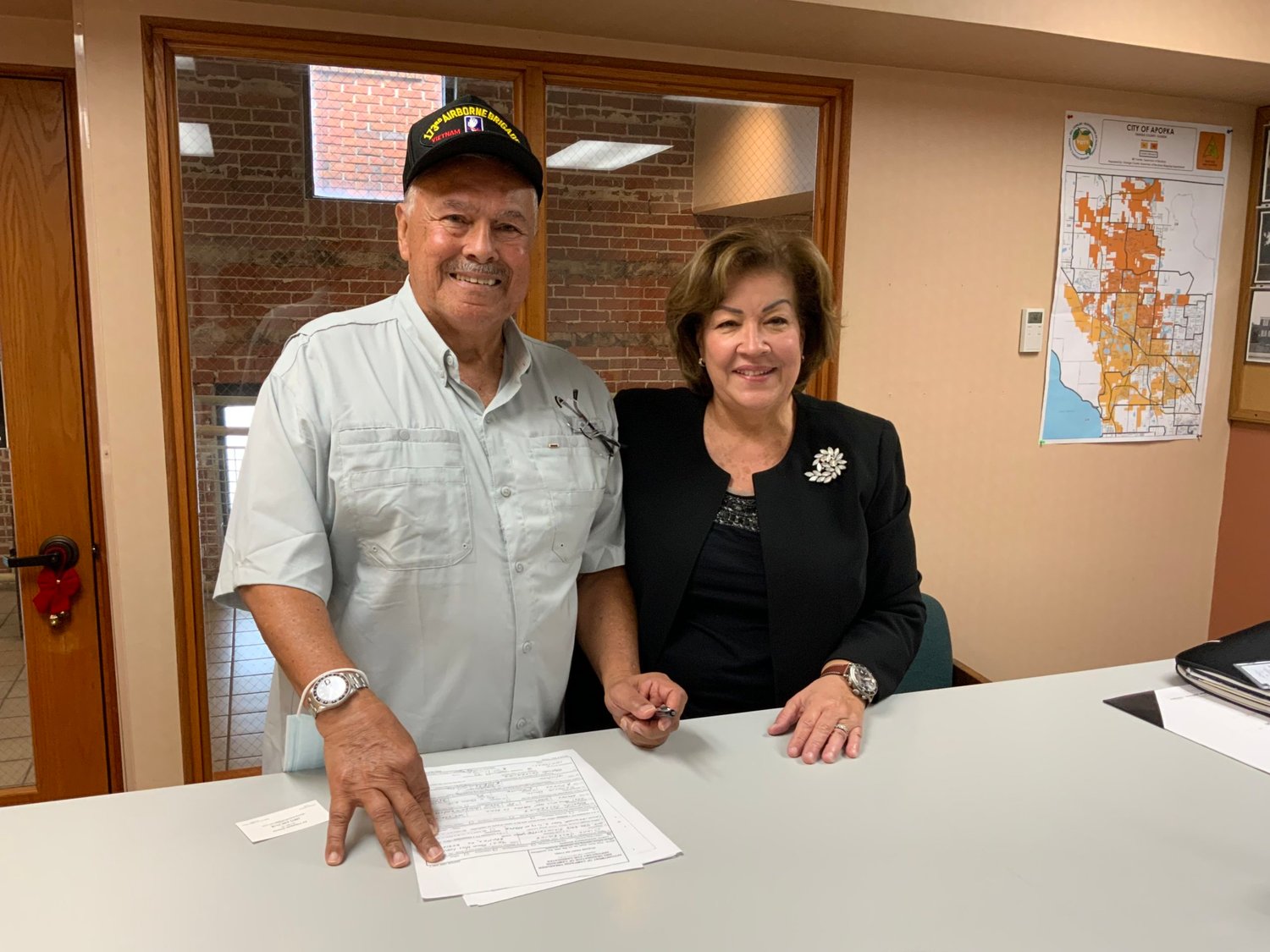 Commissioner Diane Velazquez with her husband Ed filed an application to run for Seat#2 this morning.
Posted Friday, October 15, 2021 11:35 am

Commissioner Diane Velazquez will defend Seat #2 on the Apopka City Commission in the 2022 municipal elections. Velazquez filed an application to run for office this morning at City Hall. It will be her third campaign in the last four years.

Velazquez is the fifth candidate to announce a run for office in Apopka, and the first to file for Seat #2.

“Today, I filed to run again for Apopka City Council, Seat #2,” Velazquez said. “It is an honor to be able to serve, work and represent our City of Apopka. I am humbled by the trust and support received from our city residents during this past year while serving out the term left by the former commissioner who resigned her seat due to illness. Apopka is on a trajectory of growth and it is important that the heart of our city, are the families and businesses who make up our community. The City of Apopka continues to attract families and new businesses, it should continue to be welcoming and safe for everyone.”

In 2014, Velazquez burst onto the Apopka political scene with a surprising victory over 18-year incumbent Marilyn Ustler-McQueen with 55% of the vote.

ln 2018, she lost the Seat #2 election to Alice Nolan in a runoff, but after Nolan’s resignation in 2020, Velazquez re-emerged to win the special election for Seat #2.

Velazquez is a retired New York City Police detective who achieved the rank of Detective 2nd Grade, serving as a medical insurance fraud investigator for the agency. During her career, she attended and successfully completed several investigative courses within the agency. She also attended weekend college courses at Nassau Community College, in Long Island.

”As your City Commissioner, along with the council, community leaders, business community, our churches and educational members and our youth, we are working together to keep our city on the right path to prosperity,” Velazquez said. “I will continue to focus and help to achieve those goals.”

The 2022 municipal general elections in Apopka are March 8th.